OK, while we wait for the release, in early March, of “English Tapas”, the new LP by Sleaford Mods, February brought new records by two old favorites. Y’know, I possibly have enough music by Ryan Adams & Son Volt. From what I’ve heard, their current collections are not better than the stuff I already own. There’s the return of Clap Your Hands Say Yeah with only one surviving member of the group that made the notable debut in, (is this right ?) 2005. I’m more interested in “Backlash”, Black Joe Lewis & the Honeybears always had more going for them than Soul revivalism & the first record for 4 years will receive further investigation. Australian psych-gang King Gizzard & the Lizard Wizard have plans for 5 LPs this year, perhaps the fine “Flying Microtonal Banana” will not be the best of them. So, here’s a crazy video for a track from my favoured album this month. 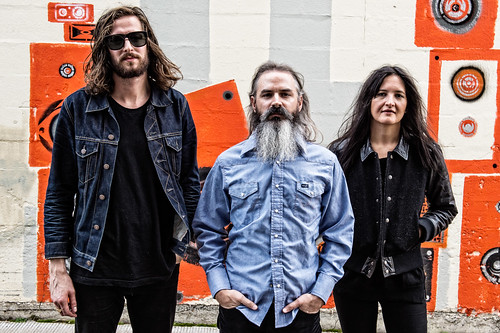 “Occult Architecture Vol 1” is the fourth LP by Moon Duo, the offshoot of San Francisco space-rockers Wooden Shjips. Guitarist Ripley Johnson’s hook up with keyboard player Sanae Yamada is proving to be more prolific than the mothershjip. The lo-fi, drone heavy sound of 2010’s “Escape” has developed into something that places them at the forefront of 21st century psychedelia. The signifiers are still there, the motorik steadiness, synthesized shades of Alan Vega, even Hawkwind’s guitar barrage (blimey !). For all the cosmic cacophony there are tunes with hooks while more than a hint of the Garage about Moon Duo adds a power & drive that draws you in & carries you along to the relentless 10 minute closer “White Rose”. The video for “Cold Fear”, by Micah Buzan, is a strange & imaginative thing. Please don’t stare at the screen for too long if you are of a nervous disposition. The single of the month is “Who Made the Man” by the Minneapolis Uranium Club. It was released in October 2016 but, as I have stated before, this new music can take some time to get through to me. Now I’m no expert on hi-octane modern punk but I know a young person who is & he spent some of his student loan on this 7″ disc (Emmet ! You did what !). Further investigation has shown that there are similar groups who intend to have similar fun, fun, fun, until their daddies take their Devo albums away. I have also heard the Dead Kennedys & the Fall invoked, with a touch of Fred Schneider off of the B-52s in the vocals. This is all good. The other track, “Small Fry”, shorter & very 1977, is included in the clip & the LP “All of Them Naturals” will certainly be on the “to investigate” list.

OK, enough of this new-fangled noise. My album of the month is 1974’s “I’ve Got My Own Album to Do” by Ronnie Wood. Back then Ronnie was doing very well thank you after a spell as bassist in the Jeff Beck Group & as guitarist in Faces, a band popular enough to tour the world in their own right but increasingly in the shadow of the solo success of their singer Rod Stewart. Original Face Ronnie Lane had already left the group & Ronnie W could hear the way the wind was whistling (1973’s “Ooh La La” became their final LP). He lived in a very nice part of West London, Richmond, near the park, in a well-appointed gaff, The Wick, overlooking the Thames, which he had bought from actor Sir John Mills. The basement became a studio/man-cave & he invited Rolling Stone Mick Taylor over to help with that album that he had to do. 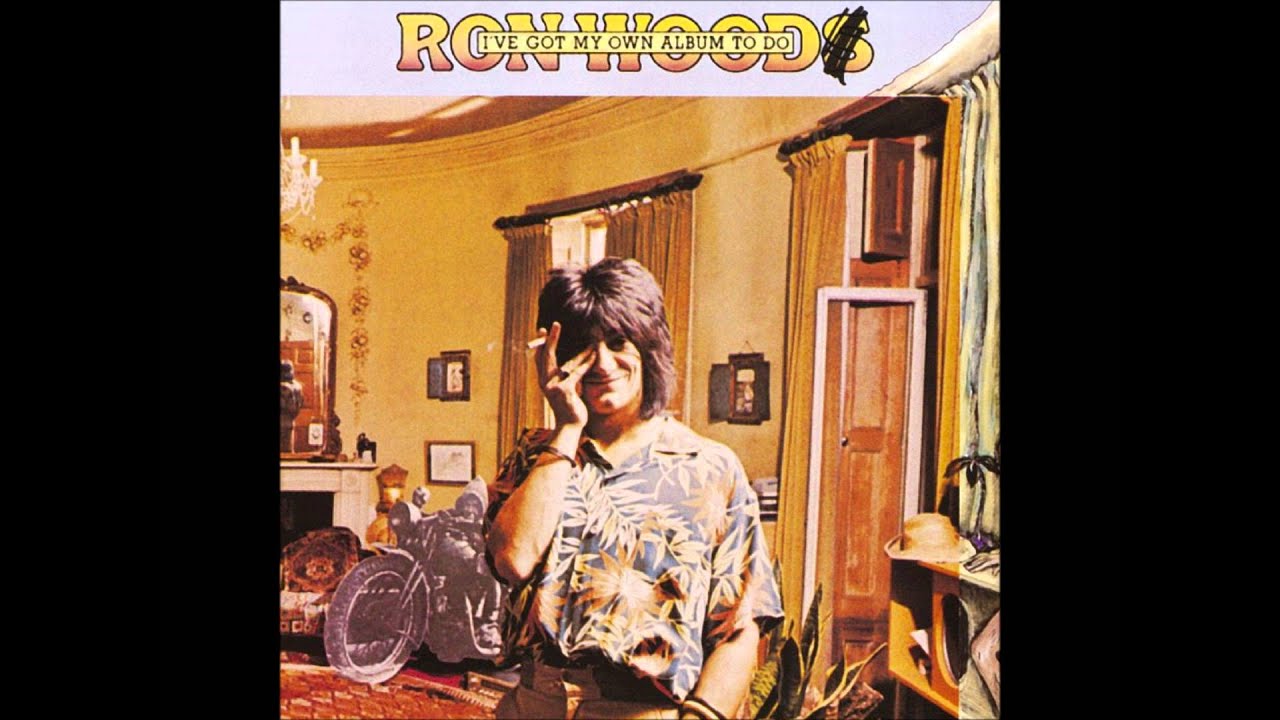 The Wick had a coach house in the garden (very nice) & Keith Richards off of the Rolling Stones, at a loose end with no touring for his band that year, came over & stayed to help things along &, quite possibly, have a real good time. More of Ronnie’s heavy friends appeared. Track 1, the joyous, loping, funky “I Can Feel the Fire” has that Mick Jagger (& David Bowie) on backing vocals while the next one up, “Far East Man” is a collaboration with George Harrison. Jagger/Richards (maybe just the latter) gave Ronnie 2 songs, “Sure the One You Need” is good enough for them to have possibly regretted it. “Mystifies Me”, a great original soul ballad, reunites the unit which made Rod’s “Every Picture Tells a Story” such a stand out. The rest of the album features the American rhythm section, Andy Newmark (drums) & Willie Weeks (bass) who were as good as it got back then. There are 2 Soul covers included, Freddie Scott’s “Am I Grooving You”, a classic produced & co-written by Bert Berns, & Freddie & the Dreamers’, no, make that James Ray’s, “If You Gotta Make a Fool of Somebody”.

To promote this all-star album, there was not always room in the basement for everyone who showed out, Ronnie played 2 shows in July 1974 at the Kilburn State in North London. Along with Ronnie, Keef, Weeks & Newmark are Faces Ian McLagan (organ) & Rod Stewart (backing vocals). Now “I’ve Got…” is a terrific record, a super session where egos were left at the studio door, but the superb live show (see it here) is, for anyone interested in British music of the time, Rock & Roll Heaven. Mick Taylor, who played on 5 tracks on the LP is not around & by the end of the year had quit his day job with the Stones. There was a prolonged search for a replacement but Ronnie, who released another LP in 1975, helped out on a Stones tour before joining permanently, sure was the one they needed.