After 6 weeks at the top of the Billboard R&B chart Marvin Gaye’s “Too Busy Thinking About My Baby” was replaced by yet another #1 hit from the Tamla Motown stable. Junior Walker & the All Stars were the most old-school at the Detroit label, Walker’s raspy saxophone & throaty vocal interjections backed by that driving R&B beat always hit the spot. The rough edges were smoothed a little for “What Does It Take (To Win Your Love)” & the group had their biggest hit since 1965’s “Shotgun”. The Top 10 was packed with great artists, James Brown, the Isley Brothers, Stevie Wonder. Climbing up to #10 was something new by someone new, another hit out of FAME Studios in Muscle Shoals, Alabama.

As a teenager Candi Staton toured & recorded with her sister in the Jewell Gospel Trio. Married with four children, it was 1968 before she was ready to begin her solo career. Singer Clarence Carter, well established in Muscle Shoals & who was to become her second husband, introduced Candi to FAME. The studio pulled out all the Funky stops & a run of R&B hits, many written by Carter & George Jackson, earned her the title of “The First Lady of Southern Soul”. “I’d Rather Be An Old Man’s Sweetheart (Than A Young Man’s Fool)” absolutely fizzes along & Candi could slow it down too. I definitely prefer her version of “Stand By Your Man” to Tammy Wynette’s original.

Candi moved to Warner Brothers in 1974. She stayed with producer Rick Hall for another LP before hooking up with Dave Crawford. Out of these sessions came “Young Hearts Run Free”, a #1 R&B hit, #2 in the UK, an enduring Disco smash. 1976 was the year that all my friends seemed to be getting married, the DJ spins “Young Hearts…”, everyone’s out on the floor & these are the good times. The Bee Gees’ “Nights On Broadway” returned Ms Staton to the UK Top 10 the following year. In 1991 she was back when a remix by the Source of “You Got The Love”, a great lost track, became a party anthem. Whether it was Soul, Disco, Gospel or Dance music, Candi’s strong recognisable vocals always delivered.

Rising to #41 is another debut release, this time on a brand new label. By 1968 Pop’s greatest writing/production team, Holland-Dozier-Holland, had become dissatisfied with their position at Tamla Motown records. Responsible for over 20 #1 hits & countless other chart entries there’s not a chance that they saw all the royalties that they were due. The trio got themselves an office in downtown Detroit, converted a movie theatre into a studio & started Hot Wax records. The Honey Cone, a female trio, were the first act signed to the label & “While You’re Out Looking For Sugar” their first record. As you see from the above disc there’s no mention of H-D-H. Ongoing litigation, particularly with Jobete, Motown’s publishing company, meant that sole production credit was given to A&R man Ron Dunbar who shared the writing with “Edith Wayne”, an adopted pseudonym. No-one was fooled, take a listen to the track, that’s how a Holland-Dozier-Holland song goes. 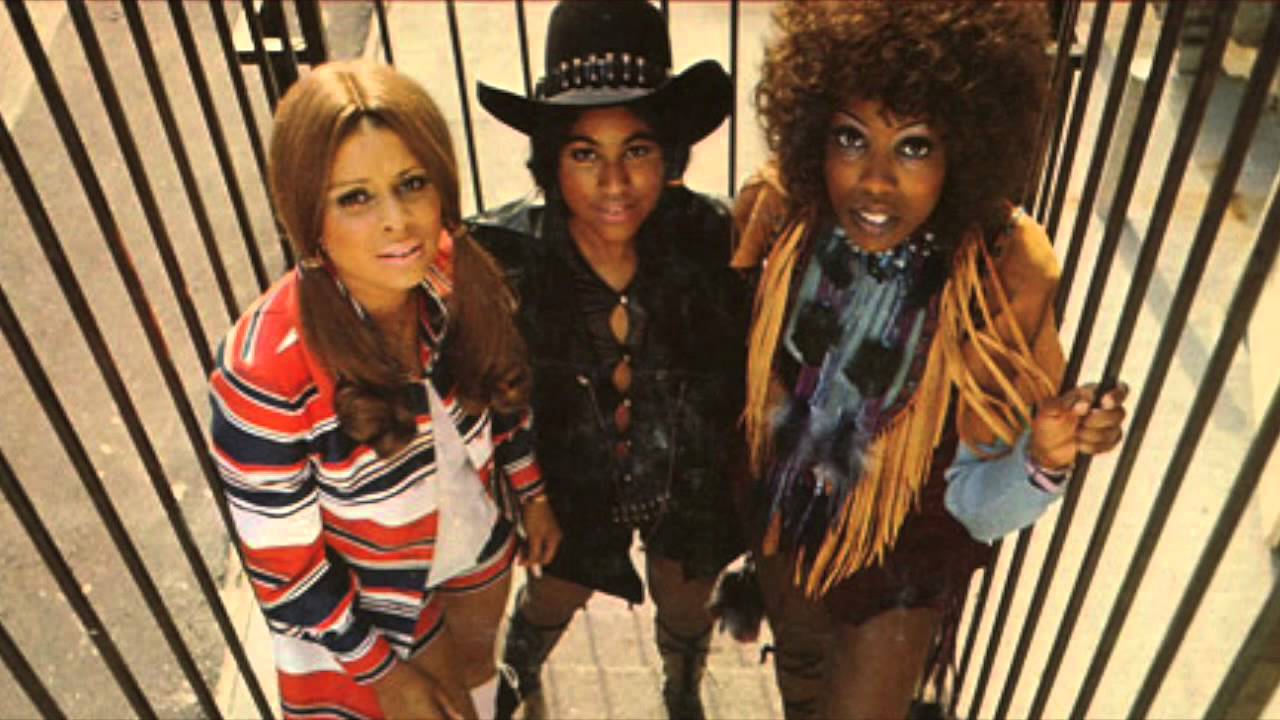 Honey Cone, Carolyn Willis, Shelly Clark & Edna Wright, were brought to the Motor City from Los Angeles where Shelly had been an Ikette & Edna had sung with her sister Darlene Love, a favourite of Phil Spector. The record buying public took some time to become accustomed to this urgent, energetic sound that wasn’t Diana Ross & the Supremes, “While You’re Out…”, “Girls It Ain’t Easy”, “Take Me With You” & the Funktastic “When Will It End” all should have been bigger hits. It was “Want Ads” that finally sold a million in 1971 & succeeding records followed it into the Billboard Pop Top 30. Their star was on the wane by 1973 when Holland-Dozier-Holland proved to be better record men than label executives & Hot Wax folded due to financial problems. That was it for Honey Cone which was a pity as they were not only well-liked but were a worthy part of the American girl group lineage.

This is where I love being the boss of this thing. The chart was crammed with great songs worthy of our consideration but at #45 was a single by one of my all-time favourite vocalists. So, my final selection for July has to be Howard Tate. Tate, born in Georgia, raised in Philadelphia, sang Gospel then R&B with Garnett Mimms. His friend brought Howard along to writer/producer Jerry Ragovoy & between 1966-68 the pair created a blend of Tate’s emotional Bluesy lamentations with a sophisticated Uptown New York Soul that was as good as it gets. Jerry liked a touch of drama in his arrangements, with Howard a lighter touch allowed a great singer to shine, never more so than with “Get It While You Can”, the title track of the one LP they made together & a song that has been equalled but rarely bettered. “These Are the Things That Make Me Know You’re Gone” was recorded, without Ragovoy, for Lloyd Price’s Turntable label. (Lloyd had major hits in the 1950’s with songs that you’ve heard of. That’s his photo on the above disc, well it was his company!) The LP “Howard Tate’s Reaction” is not as strong as his previous output but Howard sings the all heck out of the songs & there are not too many of his records about.

By the late-70’s Howard had quit the music business & got a real job. A family tragedy led to addiction & homelessness. He was back on the right track when in 2001 a disc jockey discovered him & encouraged him to return to performing. That wonderful voice had endured & there was an acclaimed new LP made with his old producer. Other records followed, the old ones were re-released & the renewal of interest allowed Tate to sing for a new international audience. Plenty of artists, Janis Joplin, Jimi Hendrix, Ry Cooder & others have covered his songs but, as Soul fans know, there ain’t nothing like the real thing & Howard Tate is certainly that.