Brian Glover is best & probably rightfully fixed in popular memory for his very first acting role. He had previous dramatic experience as a professional wrestler where he inherited the nom de scene “Leon Arras, the Man from Paris” when the “real” Leon failed to show, His day job was teaching English & French at Barnsley Grammar School in South Yorkshire where he himself had been educated. When his friend & fellow teacher Barry Hines’ novel “A Kestrel for a Knave” was adapted for the cinema the author recommended him as the ideal candidate for the role of Mr Sugden, the Physical Education teacher.

“Kes” (1969), directed by Ken Loach, is an absolute coup of a movie which should be shown in schools around the world (though possibly with subtitles for those living outside the North of England). Loach had previously made some of the best British social realist films of the late 1960’s.  “Up the Junction”, “Cathy Come Home” (both made for TV) & “Poor Cow” were effective in highlighting & stimulating debate about the issues facing working class women. His story of a boy’s potential thwarted by an unsympathetic education system & by his family situation is enhanced by the use of a mainly non-professional cast. It certainly felt that you were watching a kid you knew living a life you recognised. Brian Glover was so convincing as the casually brutal Sugden, living out his Bobby Charlton fantasies (Denis Law was in the wash!) in a games lesson. Funny because every one of us had experience of his like. Those who can’t do, teach & those who can’t teach, teach PE.

If a blunt Yorkshireman, who likes what he says & says what he bloody well likes, was required then Brian Glover was in the frame. His starring role as a dictatorial band leader in “Sounding Brass” (1980) didn’t extend beyond 6 episodes but his guest appearances in sit-coms were often memorable. “No Hiding Place” was an outstanding episode of “Whatever Happened to the Likely lads” when Flint (Glover)  attempts to spoil our heroes, Terry & Bob’s plans to avoid the football score (these things matter!). The rather dim Cyril Heslop in “Porridge” provides the title of this piece. There were a couple of episodes of “Doctor Who”, in “Campion”, an adaptation of Margery Allingham’s detective novels he stole the show as sidekick Lugg. Of course when we put the kettle on (which we do a lot here) we still hear his voice from the Tetley Tea adverts.

At a time when British TV’s most successful exports are nostalgic gee-gaws about an elite class (“Downton Abbey”, “The Crown”) it is worth remembering the time when we made the best original drama in the world. Beginning with the BBC’s “The Wednesday Play” & continuing with strands of one-off plays across all channels (all 3 of them) space was given for many talents , on both sides of the camera, to emerge, develop & tell stories from all levels of society.

Brian Glover’s first “Play For Today” was Ken Loach’s shopfloor activism drama “The Rank & File” (1971). The following year “A Day Out”, written by Alan Bennett, directed by Stephen Frears (now that’s a pairing) was followed by “The Fishing Party”, the story of a weekend in Whitby for 3 miners. Peter Terson had first come to our attention with his play for the National Youth Theatre “Zigger Zagger” (1967), a boisterous commentary on the culture of football supporters. Glover starred as Art. He, Ray Mort, another fine character actor (Ern) & Douglas Livingstone (Abe) were outstanding in a funny, touching entertaining piece. So much so that the playwright reunited the characters in “Shakespeare or Bust” & “Three for the Fancy”. It says much that over 45 years later these plays are so fondly remembered. You can see “The Fishing Party” here. Glover himself wrote 2 slice of life dramas for the series, “Keep an Eye on Albert” (1975) & “Thicker Than Water (1980) which concerned a black pudding festival! 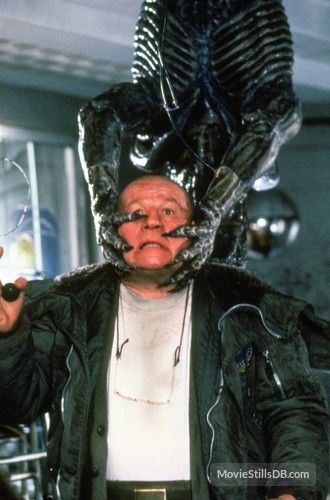 He appeared in some good movies too. “O Lucky Man!” (1973) & “Britannia Hospital” (1982) are parts of Lindsay Anderson’s Mick Travis trilogy. “Jabberwocky” (1977)”, he was an ideal terry Gilliam character. He’s playing chess in “American Werewolf in London” (1981) & there’s “The Company of Wolves (1984). Then, of course, he did his turn as Andrews in David Fincher’s “Alien3” (1992)…oh that’s who he is!. “Red Monarch” (1983) is a made-for-TV film which is a sharp study of the tyranny of Stalin’s inner circle with an excellent cast. Glover contributed to a fine production with his portrayal of Nikita Kruschev. He barely makes the above trailer but he’s around the film. 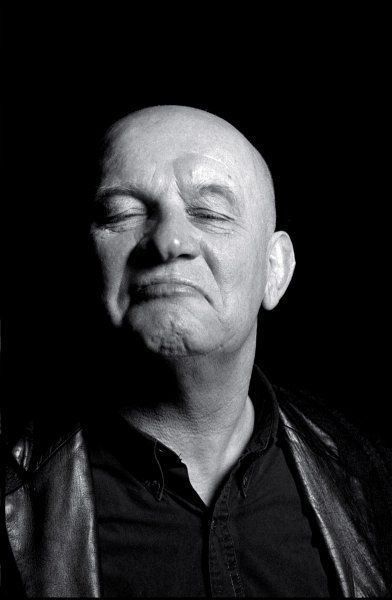 The word I have kept wanting to use about Brian Glover is “memorable”. After the impact of “Kes” he only had to walk on to a screen, large or small, & you were pleased to see him. He wasn’t an actor who disguised himself for his roles & he may have been as Yorkshire as the Pudding but was more than a professional Northerner. “What’s that for Sir?” “Slack work lad, slack work”. Love the guy.