I first became aware of Major Lance in the Autumn of 1964. In that first wave of British Beat it was customary for the new groups to record their own versions of US R&B hits, As an 11 year old I knew the meaning of neither “cultural” nor “appropriation”, in fact these energetic Anglo attempts led me to the original versions which, in most instances I found that I preferred. This was certainly the case with the intriguingly titled “Um,Um, Um,Um,Um,Um”, a UK hit for Manchester’s Wayne Fontana & the Mindbenders, a US smash for Major Lance. “Um, Um,Um…” is a smart, melodic little story, a change from the “moon” & “June”, “baby”, “maybe” rhymes. On Wayne & the Mindbenders’ label it was credited to Curtis/Mayfield, a pair to keep an ear on. Turns out that it was just the one man, my introduction to The Man. Curtis & Major had met at Wells High School in North Chicago. Curtis was just 16 when his group the Impressions had a big hit with “For Your Precious Love”. He went to work at Okeh Records under the tutelage of producer Carl Davis & arranger Johnny Pate & this team created Major’s first record for the label, the charming “Delilah”, in 1962. A new entry at #42 on the Cash Box Top 50 in R&B Locations for July 4th 1970 was “Stay Away From Me (I Love You Too Much)”, sung by Major Lance, written, arranged, produced & released through his new label by Curtis Mayfield. 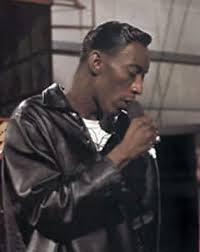 Major Lance had been a featured dancer on “Time For Teens”, a local TV show so Mayfield wrote him a dance song.”The Monkey Time” was a breakthrough hit, the start of a run of success that by 1965 brought the release of a “Greatest Hits” album, 12 tracks all written by Curtis. Some were tailor-made for the singer, others were later recorded by the Impressions, all had a bright, danceable Latin tinge. It’s the  the sound of Chicago R&B becoming Chicago Soul. When Curtis started Curtom he brought his friend with him & “Stay Away From Me”, which rose to #13 on the R&B chart, is a great example of the innovation he was bringing to his music. The lively, dramatic interplay of strings & brass underpinned by the insistent percussion of “Master” Henry Gibson & Mayfield’s own guitar would be heard more on the release of Curtis’ solo debut in September of 1970.

There was just one more 45 on Curtom & in 1972 Major Lance moved to the UK where a thriving Soul scene appreciated his records & his live performances, His 1973 album “Live at the Torch” in Stoke-on-Trent captures the energy of the music & audiences at these all-night clubs. On his return to the US he recorded with various labels before, in 1978 he served three years of a 10 year stretch for selling cocaine & his career stalled. Just as Lee Dorsey & Allen Toussaint were making significant, popular music characteristic of New Orleans so were Major Lance, Curtis & the Okeh team in Chicago. “Everybody Loves A Good Time” is a 40 track collection of his work at that label. It’s essential for those interested in the development of Curtis Mayfield & for fans of great Soul music. I have just found out that Keisha Lance Bottoms, the mayor of Atlanta, so eloquent during the recent BLM protests, is Major Lance’s daughter. His legacy lives on. 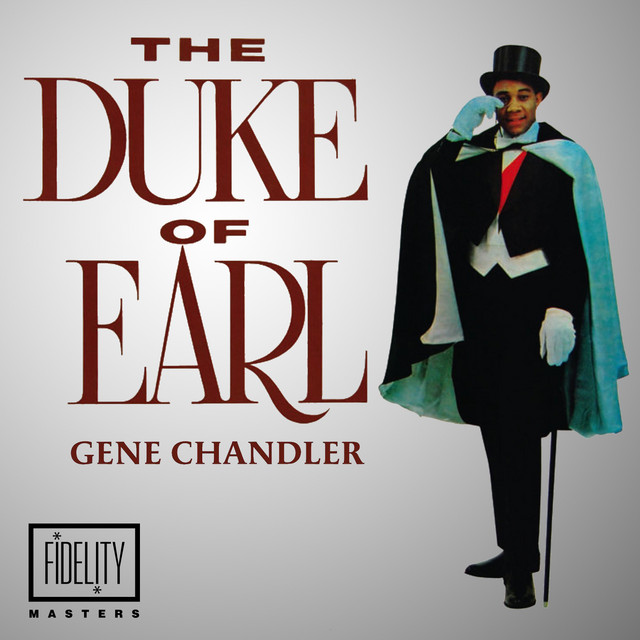 Gene Chandler is another Chicago Soul legend. He made his mark before Major Lance when “Duke of Earl”, a song he recorded with his Doo-Wop group, the Dukays, & released under his name sold a million in 1962. Gene ran with it, adopting a cape, top hat, monocle & cane for live performances & releasing tracks under his new title. Any thoughts after a  couple of less successful follow-ups that he could be a one-hit wonder were dispelled when a strong ballad “Rainbow” written by (this is Chicago…you guessed it) Curtis Mayfield put him back in the R&B Top 20. Gene did write his own songs but it was Mayfield’s which brought him the biggest success. I’m sure that Carl Davis & Jerry Pate were already involved. From 1964 their names & others from a team of talented arrangers appeared on the record sleeves. I have to mention the swinging, consummate “Nothing Can Stop Me”, a US Pop 20 hit in 1966 & so popular in UK Soul clubs that a 1968 re-release almost made the Top 40 over here.

“Groovy Situation”, a new entry at #41 on this week’s chart, was to become Gene’s biggest Pop hit since “Duke of Earl”. His established team had dispersed to pursue their own things & Chandler had not only signed a new contract with Mercury Records but was confident enough to start his own Bamboo label. “The Gene Chandler Situation” (1970), his first self-produced LP, effectively matches his strong, smooth voice to an updated sound for new songs rather than the cover of standards & recent hits that had filled earlier records. The fine single (“Can you dig it?”) & the less successful but, to my ears just as good, “Simply Call It Love” are great examples of an artist responding to changing times. In 1970 Gene was awarded “Producer of the Year” by the National Association of Television and Radio Announcers (against Norman Whitfield & Gamble & Huff). It was not only his work on his own album that had earned him this accolade. Mel Hardin & Tim McPherson were cousins from Holly Springs Mississippi. Discovered by Gene they were signed to Bamboo (an operation that also involved Mel’s mother) & began work on their debut LP, produced by Gene with the assistance of experienced Chicago hands. It was the track “Backfield In Motion” that caught the record-buying public’s ear & the new act found themselves with a R&B Top 3, Pop Top 10 hit with a gold record for a million copies sold. “Mail Call Time”, rising to #38 in this week’s listings, was the third selection from the album to chart after the title track “Good Guys Only Win In The Movies” had made the R&B Top 20. I’m sure this song about letters from home resonated with those serving in South East Asia & those at home writing the letters. Mel & Tim were no dynamic Sam & Dave, their record, which rather individually includes two covers of British Prog-Rockers Spooky Tooth, still packs a punch & is very pleasant. In 1972 the duo recorded another album, this time at Muscle Shoals, & repeated the million-selling success of “Backfield…” with “Starting All Over Again”.

Another track on the record was “Groovy Situation”, obviously a very good call for Gene Chandler to take it for himself. Gene recorded an album with Mercury’s other Chicago Soul star, Jerry Butler, before the hits got smaller. In 1977 he was sentenced to a year in prison when he sold a pound of heroin to undercover federal agents. While still on probation he came straight back to music & the R&B Top 10 with the Discofied “Get Down”. Jeez, these Chicago Soul guys lived some kind of lives.