This year I have enjoyed looking back 50 years to both the Soul music from the US & the, as we called it at the time, “Progressive” sounds coming out of the UK in 1969. Of course there was still plenty of popular, more straightforward Pop around. In November, “Sugar Sugar”, the made-to-measure bubblegum of cartoon group the Archies had been the UK #1 for like forever (it was actually 8 weeks but seemed longer) while “Call Me Number One” by the Tremeloes was close behind. More significantly lower down the UK Top 10 for 23rd of November were three records from Jamaica, the first time this had happened. In 1969 Reggae was a thing so Pop Pickers, at #8, down from #5, is one that when it hits you feel no pain . 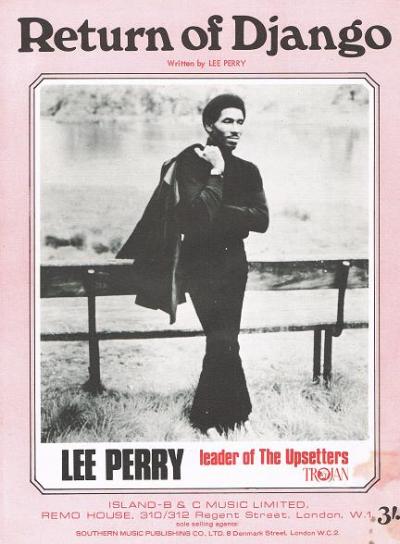 There was this girl I saw around college (not a US college, a UK place for 16-18 year olds). Friends would notice the pretty blonde she was usually with but, purely on first impressions, I was attracted to the tall, skinny one with long straight hair. She had a Saturday job on the local town market & I would make a point of passing her stall. There was no more than an “Hi, how are you doing?” acknowledgement, hardly a “stop & chat”. I was 16 & hadn’t quite got this talking to women thing down yet. Then, during another such brief encounter it started to snow & as my army surplus olive green combat jacket (oh yes!) had no hood I was invited to take shelter under the stall’s canopy. She was friendly, funny & I hope that I was too. She had a ready smile & I had a goofy fixed grin. The clincher was that she had spent a portion of that day’s wages on “Return of Django” by the Upsetters, the infectious, cool sound of Kingston that was filling UK dance floors & had broken into the national chart. This girl had got good taste. When I left the market an hour later I was smitten & resolved to ask her out. Unbelievably I did just that, more improbably she said yes &, to cut a long story short, 5 years later we knew a lot more about Reggae & were about to be married.

The Western movies were always big in Jamaica & it showed in the titles of Ska tunes like “Tall in the Saddle” & “Vera Cruz”. The new Spaghetti Westerns caused an even bigger fuss & groups like the Upsetters were inspired to check for cowboy heroes in the titles of their instrumentals. “Return of Django”, coupled with “Dollar in the Teeth”, Val Bennett’s saxophone leading over an eager drum & bass rhythm was Rock Steady on the cusp of becoming Reggae & the first international hit for the now legendary producer Lee “Scratch” Perry. Perry’s inventive, intuitive sonic experiments, influential far beyond Jamaica, were in the future. The two LP’s he made at this time with the Upsetters (same name, different line ups) display his ability to craft a more simple song & give a hint of what was to come. 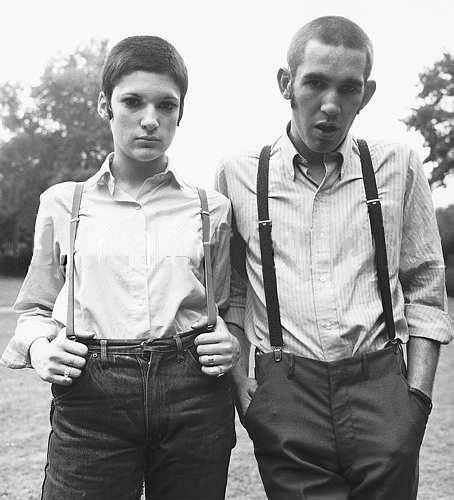 It was the Skinheads what done it. A retort to the changing styles of dedicated followers of Mod fashion the cropped hair, boots & braces look appealed to the predominantly working class hard Mods of London. Along with the new dress code Ska music from Jamaica, heard in local clubs & at parties, was embraced. In the late 60’s British youth liked a fight at the football on a Saturday afternoon. The visibility of Skinheads in this violence encouraged the fashion & led to a new moral panic in the media. The same model citizens who had spent the past five years moaning about long-haired youths were now complaining that hair was too short. There’s no pleasing some people! There were enough Skins to put their favourite records into the lower reaches of the chart & so catch the attention of the single national music radio station. Long hair, short hair, what the hell do we care? It’s a credit to UK youth, dancing fools all, that this music, new to many of them, sold in such large quantities.

The Upsetters’ Winston Wright’s swirling then stabbing Hammond organ is the featured instrument on “The Liquidator” by the Harry J All Stars, fast rising from #17 to #9. Harry Johnson was a successful Jamaican producer, his All Stars, the new session band in town, the Hippy Boys, included the Barrett siblings Aston (bass) & Carlton (drums) later to become the rhythm section for the Wailers. The song was quickly adopted as an anthem by football fans, played as the teams ran out at Chelsea, Wolves, West Bromwich Albion & others. Harry hit big again the following year with “Young, Gifted & Black”, a duet by Bob Andy & Marcia Griffith. With the proceeds from the two hits he built a state-of-the-art studio in Kingston where Bob Marley & his group recorded four LP’s, a major contribution to Reggae going truly international.

The third hit of the times, at #7, was the upfull “Wonderful World Beautiful People” by Jimmy Cliff. Jimmy had returned to Jamaica after a debut LP recorded in the UK had not been successful. With his original mentor, Leslie Kong, at the controls a self-titled LP included “Many Rivers To Cross” & the anti-war “Vietnam”. There should have been more hits for the singer but his time would come with a starring role as Ivan in the film “The Harder They Come” (1972). Meanwhile Leslie Kong, “The Chinaman”, was enjoying his greatest success. 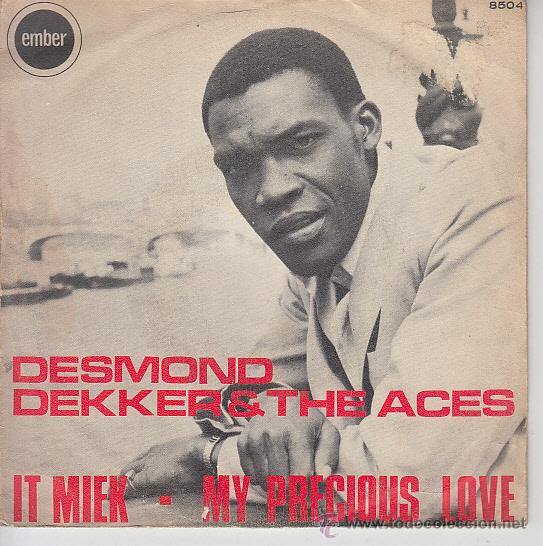 Desmond Dekker was pivotal in the advancement of Jamaican music to a wider audience in the UK. In 1967 “007 (Shanty Town)”, with support from the pirate radio stations, reached the UK Top 20. It may have been something of a novelty hit but DD’s name was in the frame & in April 1969 “Israelites” (you know it, everybody does) was at #1 & broke into the US Top 10. The record’s massive sales & extensive international success opened up new possibilities for the vibrant Jamaican music scene. The equally lively follow up “It Miek”, like the others produced by Leslie Kong, entered the Top 10 later that summer. It was 30 years later that I saw Desmond Dekker perform when he topped a bill of mostly tribute acts. His energetic, joyous performance of his greatest hits (there were more) was perfect for a sunny afternoon in the park. All of this would not have been possible without the founding of Trojan Records in 1968 by Island label boss Chris Blackwell & his partner Lee Gopthal, both champions of Jamaican music, both expert in the release & distribution of records for the Afro-Caribbean community. Initially they had the shops where Reggae could be bought & when the explosion of interest came they had the infrastructure to ensure that these discs were available on the high streets of every town & city. In late 1969 the British group Symarip released the popular “Skinhead Moonstomp” & followed that with an album full of similar titles. At that time there were probably three Skins in my small town (when there were more I had no trouble, I went to school & yeah, fought on the terraces with the top boys). When I went out with my new friend the Soul was not yet “Northern” & the Reggae soon to be but not yet “Skinhead”. It was all just the best music in the world to dance the weekend away.

A shout to the records not mentioned here that were DJ staples & crowd favourites back then. “Long Shot Kick the Bucket” (the Pioneers), the salacious & banned “Wet Dream” (Max Romeo) were hits & the 1967 almost hit “Train to Skaville (the Ethiopians) were all that & all there. We’ll get on to Laurel Aitken & Derrick Morgan some other time.