PERCY SLEDGE…Here it is, you all know this one.

One of the defining moments in the new Soul sound, in 1966 “When A Man Loves A Woman” was a major international hit. Percy’s impassioned, forlorn, powerful vocal is matched by the patiently building arrangement, Spooner Oldham’s perfect organ, those horns at the end. The song has become a classic, covered by many, the original never bettered. It was the first US #1 record for the group of producers, writers & musicians based in Muscle Shoals Alabama. It gave Atlantic Records a much needed mega hit, a platform to them becoming a major sponsor & distributor of this Southern Soul strain.

Percy Sledge never repeated the massive success of his debut single & nowadays it is that song for which he is remembered. There were 8 albums & a Greatest Hits package in the next decade. The concord between his fine voice & the creativity of his associates produced much enduring music &, as I don’t do lists, there are too many tracks too mention here. So, here are 3 of my favourites, because I get to pick & OK, I may have steered you wrong in the past but I’m right about how good Percy Sledge is. The singer was a working as a hospital orderly, singing part-time with the Esquires when he hit big. Atlantic were keen to keep their new star busy & 2 LPs were released in 1966. However hastily these 21 tracks were assembled  there’s a consistent quality running across both records. On the one named after the Big One “Thief in the Night”, later a Treasure Isle gem from Jamaica when John Holt recorded it as “Stealing”, sounds like a hit to me. The next releases on 45 were from the 2nd album. A cover of Joe Haywood’s “Warm and Tender Love” was the most similar to “When a Man…”, it & the slightly faster, insistent “It Tears Me Up”, written by two of the new talents at Muscle Shoals, Dan Penn & Spooner Oldham, both made the US Top 20. There’s an appropriate title for the third LP because “The Percy Sledge Way” (1967) was certainly a thing. When Sledge covered a song, this is a record full of them, he may not have bettered the source material (“Tell it Like It Is”, “I’ve Been Loving You Too Long”) but his distinctive brand of heartbreak with uncomplicated, dramatic backing from his regular crew impressed an individual stamp on to anything he recorded. Overseen by producers Quin Ivy & Marlin Greene at Norala Sound Studio, just up the road from the better known FAME studios, they knew how The Percy Sledge Way went & they knew that it worked. “Just Out of Reach (of My Two Empty Arms)” was first recorded in the 1950’s by Stewart & the Arkansas Cowgirls (anyone…?) & a hit for Solomon Burke. I guess that there was little crossover into Country for black artists back then but Percy’s version is a fine piece of work.

“Take Time To Know Her” (1968) is quite something. The title track did just what it says on the advertisement & provided Percy with his biggest hit since the first one. Over half of the material is contributed by the young guns from Alabama, 3 from Penn/Oldham, 2 by Marlin Greene & Eddie Hinton & a Bobby Womack composition. Affirmed by a string of successful records these guys were at the top of their game & this collection of mid-tempo Soul ballads is a classic of Southern Soul. “Out of Left Field” was released as an early single from these sessions & “It’s All Wrong But It’s Alright” wasn’t, both stunning productions & Percy’s vocals knocking it out of the park. All of these first 4 records are very good . In my opinion, “Take Time…” is the great one & one to have.

The hits were getting harder to find as the musical landscape changed rapidly. Sledge’s brand of Gospel-tinged Country Soul held less appeal to audiences who preferred a brand new funky bag. He cannot have been helped by disruption in Alabama when Marlin Greene & Eddie Hinton split to join the FAME rhythm section at their new Muscle Shoals Sound Studio. “My Special Wish For You” (1969) has cover versions with a couple of Christmas songs thrown in. “True Love Travels On A Gravel Road”, Duane Allman on guitar, stands out but Elvis was cutting that song in Memphis & stealing Percy’s thunder.

“Kind Woman” a song from the new-fangled Country Rock, written by Richie Furay for Buffalo Springfield’s “Last Time Around” was ideal material to undergo Sledge-ification. I would have liked to have heard his interpretation of more modern material but this great track did not make the LP & it didn’t trouble the Hot 100 when released as a single. When Percy finally did go to Nashville for “…Sings Country” in 1979 the songs selected were traditional Country standards, nothing out of left field at all.

In 1970 Percy toured South Africa. Initially engaged to perform for non-white audiences the American Soul experience was a sensation, restrictions were relaxed & he stayed for 17 weeks. His final 2 LPs for Atlantic, “…in South Africa” & the film soundtrack “Soul Africa” arose from this trip. I’m not sure how much promotion these records had in the US but Percy Sledge found that in Africa, in Europe, in fact all over the world he was welcomed & appreciated. As long as he brought along “When A Man…”, which he did, then audiences could say that they had seen something pretty special.

Right, just one more. In 1974 another Southern set up, Capricorn Records, wedged up after the success of the Allman Brothers, got Percy, Quin Ivy & the Muscle Shoals gang back together & sprung for the “I’ll Be Your Everything” LP. (Hit the link & you’ll see Percy lip-synch the title track on a Dutch TV programme). Nothing had been diminished in the 5 year gap & it’s another good record but the commercial Soul sound was now smoother, more urban. Disco was coming up fast on the rails. “Behind Closed Doors” was a Grammy award winner for rocker Charlie Rich who found success with a new Countrypolitan sound. Not really my cup of Lapsang Souchong but Percy’s version, a little bit Gospel, a little bit Country & a whole lot of Soul hits the spot for me every time. It also, unfortunately, brings out my inner pub singer so stand clear if it comes around near me. 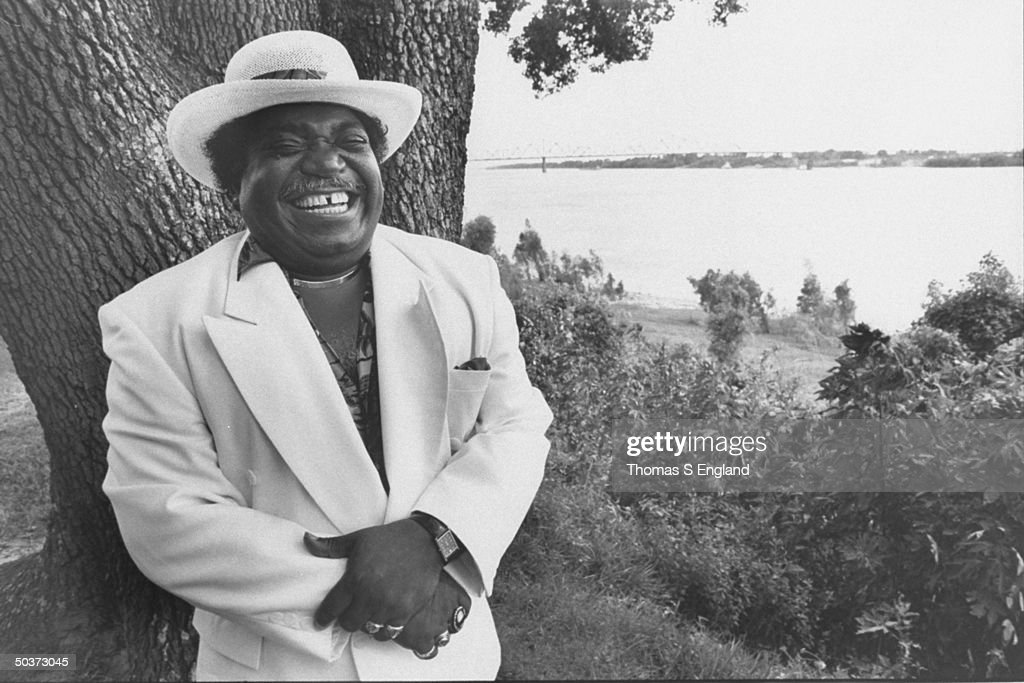 Percy recorded more sporadically in his later career. His range was never as broad as the greatest Soul singers but what he did was still pretty great & he recorded some of the best music that came out of Muscle Shoals. He continued to perform, retaining the goodwill of audiences & his peers. Accolades came his way, his acceptance speech on his induction at the Rock & Roll Hall of Fame in 2005 is that of a humble, happy & successful man. He died at his home in Baton Rouge in 2015 & his music will always be around.