I’m finally getting round to putting this clip in a safe place, somewhere I can find it whenever I want to watch it, which is pretty often. It’s one of the best excerpts from “The Old Grey Whistle Test”, a long running British TV programme from the olden days that was, for the most part, decidedly average ( anyone who says otherwise does so through a very rosy tint). Anyway it was all we had. The kind person who uploaded it to the Y-tube employed such an obscure title that I’ve had to wade through several pages of the Google every time I need a blast of  Rock & Roll energy. Right, I know where it is now so let’s get to it…Somebody Help Me !

I caught the J. Geils Band on this 1973 tour & they were very good. The campus of my chosen university was a peculiar social experiment. High density, high rise living on the edge of a town full of skinheads & squaddies suspicious of those book-reading longhairs. It was a long walk to the nearest proper pub, a longer walk home so the student union was the only game in town at the weekend. Often entertainment was provided by those humdrum bands featured on the “Whistle Test”, lacking the necessary wit & imagination but determined to inflict their latest concept on us…that’s Prog Rock for you. J Geils Band were having none of that audience sitting cross-legged on the floor nonsense, they were there for a Saturday night dance, they had both kinds of music, Rhythm & Blues, resistance was futile & they were the very thing for a Winter weekend.

“Looking For A Love” was a hit for the Valentinos, the group formerly known as the Womack Brothers, in 1962. the J.G.B., from Boston, recorded their version for their second LP “The Morning After” (1971) & it became their party piece in the following decade, included on both live albums released in this period. They had previous, 5 of the 11 tracks on their debut were well-chosen cover versions including the Motown stomper “First I Look At the Purse”. If the band didn’t always improve on the originals they always approached these oldies with energy & a lack of inhibition. Singer Peter Wolf was not only a very effective, rousing frontman but he knew his stuff about obscure R&B records.

J Geils Band had a reputation as a live attraction. “Full House” (1972) was more commercially successful than their studio efforts & earned them their first Gold record. “Bloodshot” (1973) opened with “Ain’t Nothing But a Houseparty”, we knew that one in Britain, a breakout Northern Soul favourite by the Showstoppers which made our Top 20 in 1968. “Hold Your Loving” was a new one on me, I went back to the 1957 original & blimey, what a great way of spending two & a half minutes Turns out that I know more songs written by Titus Turner than I knew I knew. He made records in the 1950’s before a partnership with Little Willie John created that great singer’s hit “All Around the World”. Later given a Soul revamp by Little Milton, the song contains the lyric “grits ain’t groceries, eggs ain’t poultry & Mona Lisa was a man!”. Titus made a contribution right there. He wrote songs covered by the Beatles (“Leave My Kitten Alone”) & Elvis Presley (“Tell Me Why”) but missed out on any serious royalties when both tracks remained unreleased. Then there’s the terrific “People Sure Act Funny”, a 1968 Soul hit for Arthur Conley. Titus is remembered as a songwriter, there are compilations of his recordings & “Rockin’ & Boppin'” includes “Hold Your Loving, a B-side, so that’s the one. 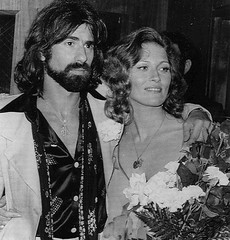 “Bloodshot” hit the Top 10 & the J Geils Band continued to make records without finding a major breakthrough success. The records featured more songs written by Wolf & keyboard player Seth Justman. The template remained the same, space provided for Justman, guitar player Geils & Magic Dick’s harmonica to display their  skills. The band were doing just fine, always a live draw & Peter Wolf spent the last half of the 1970’s married to Faye Dunaway so that sounds good right. 1975’s “Hotline” opened with “Love-Itis”, another nugget from the vaults that had passed me by.

In the early 1960’s Harvey Scales was a face on the Milwaukee music scene. “Twistin’ Harvey”, that was him. He & the Seven Sounds had a Top 40 R&B hit in 1967 with the dance record “Get Down” but it was the infectious B-side, “Love-Itis”, that has made the lasting impression. There were a number of cover versions including a fine piece of Jamaican Soul Reggae by the Fabulous Flames before J.G.B. resurrected the tune. Harvey hit big in 1976 when he co-wrote “Disco Lady” for Johnnie Taylor, the first single to be certified platinum. His songs were more in demand & he made a couple of solo records. The compilation of Harvey Scales & the Seven Sounds’ work includes soundtracks to 60’s dances that never caught on, “The Get Down”, “The Yolk”, “The Funky Football” & “Bump Your Thang”…it’s great stuff.

With the new decade came a new but not necessarily improved J Geils Band. “Love Stinks” (1980) was their biggest selling LP for a while before “Freeze Frame” (1981) reached a whole new level. The title track & “Centrefold” were both US Top 10 singles. For the first time 5 of the 9 songs were solely credited to Seth Justman, both the Rhythm & the Blues seemed to have been left behind. Peter Wolf, not comfortable with this new Pop-Rock inclination,  hung around for one more live album before leaving for a solo career. The group had been around a long time & such success was not begrudged. I prefer to remember them as a lively, energetic band with great taste in old records. Let’s close with the Marvelows’ “I Do” from 1965, covered by J Geils Band in 1977. The sound of Doo-Wop colliding with Soul & a perfect song for the Saturday night hop.