Does anybody remember this?

Q: “Recent polls have shown a fifth of Americans can’t locate the U.S. on a world map. Why do you think this is?”

…yes, that happened… maaan, I so wanted to give Miss South Carolina a tender hug during that moment, with a ‘shhh shh shh shhh shhhhhh…’

Sometimes pageants don’t go so well… and sometimes, they produce women like the Honourable Lisa Rene Shanti Hanna. Lisa was crowned Miss World in 1993, representing the sunny isle of [where??] JAMAICA! That went well enough— appearances on behalf of the Island for global events, cameos in a couple of movies, even a broadcasting gig, and various mid-profile communications positions back home in JA. Very smart young lady too, with a political and socio-economic bent, even well before competing at 18. So, let’s fast forward to 2011. After winning a seat & becoming a member of Jamaican Parliament in 2007– one of the youngest women to hold a seat, Lisa parlayed that position to be appointed Minister of Youth and Culture on the Island when her party, the Peoples National Party [PNP] was elected to power December 29, 2011.

While the position might appear as fun & games, Lisa has quite the task at hand, as not only is she instrumental in shaping and changing Jamaica’s future [children do grow up at some point], but she is also the first point of contact representing our Island in the arts & culture arena — Miss Lou, palm trees & beaches can only go so far… Also, 2016 Jamaica is light years away from 1972 Jamaica when my family was still there — that bloom is off the rose. There have been decades of government corruption & mismanagement that Lisa has probably inherited along with her position, [oh I guarantee there’s been some nonsense!] and that political Jamaican Old Boy Network is like a titanium fortress!. She also has her critics in the arena—many just embarrassing themselves and their country in reaction to a ‘pretty girl in power’. Surely she has to prove herself every day, and over & over again she stands her ground. As long as she can break out of the rigid pageant mold and think outside of the box, Lisa is smart enough and creative enough to be successful.

“For me, it is not the position, nor the title that gave the credibility or status; it was the substance that I gave to the journey.” 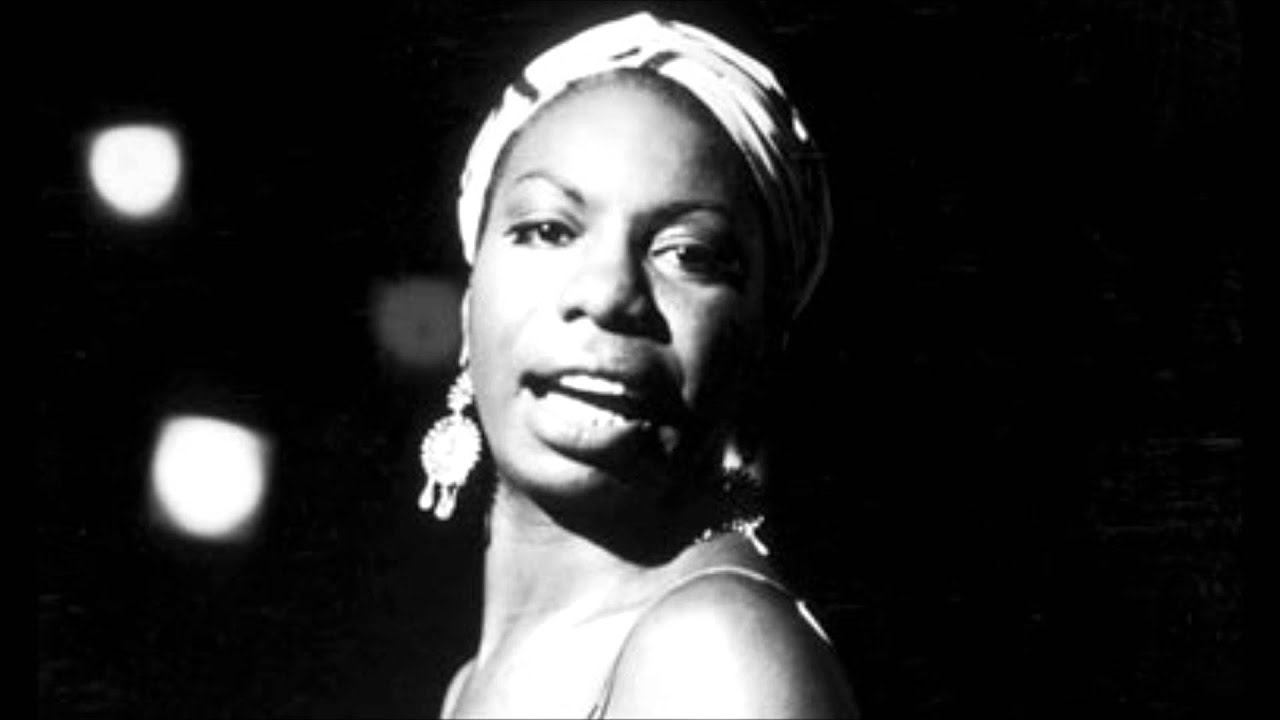 Every time I hear the ‘Feeling Good’ hook progression I imagine someone like Jane Russell or Mae West doing some kind of super sultry burlesque performance to it… slowly slinking around a luxurious dressing room, leading with their hips and arms outstretched feeling the air sensuously as they move thru it, a chaise lounge in there somewhere, well-lit in a muted amber glow… gorgeousness… Unfortunately not written by my gorgeous darling of the day, Nina Simone – actually we have a couple of Brits to thank for this ditty – Anthony Newly & Leslie Bricusse, and while so many have sung it, nobody comes close to Nina [well… maybeMattBellamyfromMuse ::ducking & running::] in capturing it so succinctly & simply but oh so poignantly.

Nina, nee Eunice Kathleen Waymon, the sixth of eight children, was destined to stir things up a bit… if one is a little stirred up all already, the ‘stirring’, as it were, is inevitable. Here we have a life of musical talent & opportunity, passion, and at times heartbreak and darkness. Her civil rights activism started early too, as during a piano recital at 12, her parents, proud of their daughter, had sat front & center, but were asked to move to the back to make room for the white audience members… it’s rumored that little Eunice refused to play until her parents were moved back to the front row! Oh that pesky Segregation… hanging around like a crotchety old man in high-waisted pants that needs a good washing… The Waymons were a poor family, but they recognized Eunice’s talent [she would later take on the stage name of Nina Simone in order to secretly perform in jazz clubs, singing the “Devil’s” music, as her Methodist minister mother deemed her choice of genre]. There was always struggle with the thought of school and actually getting in. Wouldn’t it be a perfect world to have a situation in which school was completely taken care of and you just show up & do well, then get out and propagate your awesomeness into the world? Not have to worry about the funds, or getting shut down because of how you look? First was the Curtis Institute of Music in Philly, and despite an audition that blew the review staff away, she was denied. Nina was convinced that racism was behind the refusal. Luckily, NYCs Julliard School was around the corner, and while she did well there, sadly, money ran out.

So, time to perform! this way Nina could pay for private lessons and get out there & be heard. An Atlantic City bar was her first stepping off point. Her musical style incorporated gospel, pop, a bit of jazz, especially adding that distinct contralto of hers, with a tiny smidgen of classical Baroque woven in [a little of the ol’ Johann Sebastian] as well as Romantic era classical styles… that’s how you blend! Then would come her first album, ‘Little Girl Blue’… unfortunately the financial negotiations of this endeavor weren’t properly nailed down. Nina lost alot on this, but artistically she was still successful, and her talent & drive propelled her into the next decade. Controversy followed our dear Nina; I mentioned the ‘stirring up’ aspect earlier. Her angle of the Civil Rights movement was a bit spicier than MLK Jr. and his efforts for peace. She went the Malcolm X ‘by any means necessary’ route, and she stayed active. When you speak your mind & are forthright, as Nina was, feathers got ruffled. There were also rumors of a temper and irrational behavior. Much of this may have been due to her bi-polar condition, and she would begin taking meds from the mid-60s onward. All of these road bumps hindered nothing. The ‘High Priestess of Soul’, as Nina was nicknamed, continued to be successful in her musical career, even if her personal life got a little dicey. The number of artists she’s influenced reads like an exclusive phonebook! Despite her success here in the States, by the early 70s she decided that living abroad was more suited for her— from what she was witnessing, there were just certain things that weren’t going to change in the US. She would travel & live between Switzerland, France, the Netherlands, Barbados & Liberia, performing along the away. Her performance style was captivating– just chatting to or with the audience like she was hosting a dinner party in between selections, sometimes silence… the audience would follow her; she’d hold them there on her every word like magic.

Nina fell in the love with Southern France and settled down there in 1993… 10 years later, with Spring upon us, she finally succumbed to the breast cancer that plagued her for some time, and died in her sleep in Carry-le-Rouet, Bouches-du-Rhône. Wouldn’t ask for a better place to kick off! Would have been so cool to run into her at Marché in Arles… Sleep well dear Nina.

“The worst thing about that kind of prejudice… is that while you feel hurt and angry and all the rest of it, it feeds your self-doubt. You start thinking, perhaps I am not good enough.”