September 1969 began with Aretha Franklin at the top of the Cash Box Top 50 in R&B Locations (what?). Lady Soul achieved her 7th R&B #1, there were to be 10 more, with “Share Your Love With Me”, a song from way back in 1963. I have the original of this song by Bobby “Blue” Bland, fine versions by the Band & Van Morrison but I must admit that  Aretha, the Sweet Inspirations, the Muscle Shoals band & King Curtis’ horns make a very classy combination. The Queen’s successor enjoyed a 7 week stay at the top of the chart, it’s one that you know but one that will wait until next month.

New Orleans’ groovy gumbo of multicultural rhythms had been moving on up the Mississippi, influencing American music since, possibly before, the turn of the century when cornet player Buddy Bolden flavoured Ragtime with dashes of improvisation, Blues & Gospel & invented Jazz. The second line tradition had its beginnings at the city’s funeral processions but its sinuous, upbeat  rhythms were by no means sombre. In 1969 The Meters released their debut LP & New Orleans Funk, particularly the 45 “Cissy Strut”, was on the national charts. The door was opened for other artists who played that good stuff. 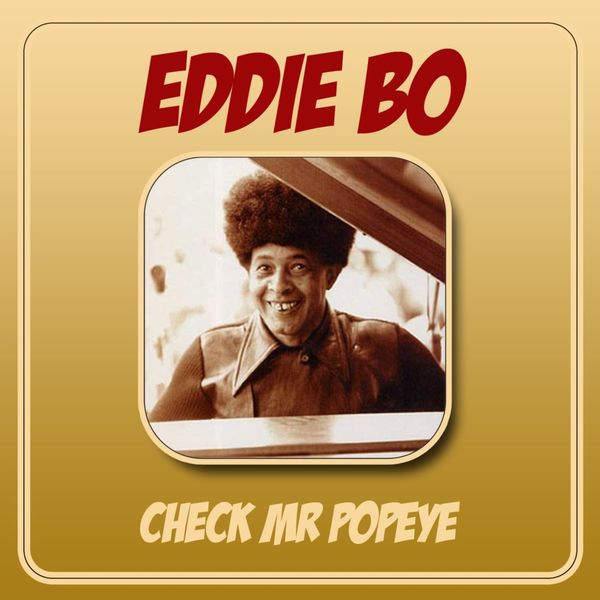 First to step through was Eddie Bo whose “Hook & Sling (Parts 1 & 2)” was at #13 mid-month & had been as high as #6. Eddie had been recording for 15 years, lots of singles, no albums. If you were in a club on Bourbon Street in the early 1960’s & Eddie Bo was playing his brand of piano R&B then it would be a perfect evening (I’m not sure how to dance “the Popeye” but I can dream!). His talents as a musician, composer, arranger & producer were much in demand. He had regional hits but never broke out into national recognition. At the small Seven B label he sang on & rearranged a track by Earl Stanley & the Stereos released in 1966 as “Pass the Hatchet” by Roger & the Gypsies, an iconic New Orleans record. “Hook & Sling” is in that category too.

By the late 1960’s Eddie had got the Funk & his drummer of choice was James Black, a Louisiana man who had left to make the Jazz scene in New York before returning to R&B sessions. In 1969 James was on it, his percussive pyrotechnics on Betty Harris’ “There’s a Break in the Road” were spectacular & on “Hook & Sling” were equally so. Along with Zigaboo Modeliste, drummer for the Meters, James Black was a key figure in creating the city’s distinctive Funk sound. On the back of the hit Eddie made more 45’s & started his own label, Bo-Sound. He finally released an album in 1977 & their were others, new tunes & compilations until 2016. There are many music legends from way down yonder in New Orleans & Eddie Bo’s contribution was significant enough for him to be included among them. I’m just going to put “Check Your Bucket” right here, I know of no better tonic to be taken with the day’s first cup of coffee. Over on the West Coast Sly Stone was making music that was not only innovative & influential but also selling by the lorry load. It would be a year or so before other groups from Los Angeles would have a major impact on the R&B chart but in 1969 there were signs that LA was coming up. There were two records made in the city on the chart. Two different groups, the same musicians involved with both. Dyke & the Blazers’ “Let a Woman Be a Woman, Let a Man Be a Man” had stalled at #44 but it was too good a record to miss out & did reach a higher position. Arlester “Dyke” Christian, originally from Buffalo, based in Phoenix, Arizona had scored a Top 20 R&B position in 1967 with his group’s single “Funky Broadway”. Wilson Pickett made it into an even bigger hit & Dyke, struggling to keep his band together, began to record in Los Angeles. His raw, gutbucket Funk, a variation on James Brown’s template, scored a hit with “We Got More Soul” & “Let a Woman…” was more of the same. Dyke’s studio crew were gaining a reputation of their own, the two hits tailor-made from long, improvised jams. The drum breaks, played by the outstanding James Gadson, ensured a long life for the much sampled “Let a Woman…”. There were smaller hits to follow but unfortunately Dyke was fatally shot outside a club in Phoenix in 1971. By this time his talented backing band were working on their own thing. Through the 1960’s the Watts 103rd Street Rhythm Band had a complicated narrative. Led by singer Charles Wright for the 1968 LP “Together” the group was on to its fourth incarnation. This more stable unit displayed its wide range of talents on the album, Jazz-tinged ballads, excerpts from the set of the best live Soul covers band in California, the primal Funk of “Do Your Thing”, a breakthrough hit employed so effectively in “Boogie Nights” when William H Macy is doing his thing. The insistent,  very groovy “Till You Get Enough”, #38 in the chart, was the lead single from “In the Jungle Babe”, a more fully realised set, the covers receiving an individual take, from a more confident combo. For the next couple of years the music made on 103rd Street was some of the best around. So who were these guys providing the raw but always tight & in the pocket backing for both Dyke & Charles Wright? Drummer James Gadson was complemented by bassist Melvin Dunlap, guitarist Al McKay was around until 1969 when he joined Earth, Wind & Fire, the slack taken up by Benorce Blackmon. There was a horn section & the whole thing was tied together by keyboard/arranger Ray Jackson. James was unsettled by a lack of credit for his input on the smooth perfect “Love Land” on which he sang. In 1971 he, Dunlap, Blackmon & Jackson left to join the very successful Bill Withers. They can be heard at their consummate best on Bill’s “Live at Carnegie Hall” record & seen on the star’s in concert Y-tube clips. The band do their thing sitting down too, James Gadson always smiling because it’s that good. Imagine how hard that groove would have been if they had bothered to stand up!

I live a quiet life, when the football (proper football, invented in China, the laws codified here in Britain) takes a break for meaningless international games it’s too bloody quiet. The tender mercy of discovering a high quality Y-tube clip of the only TV appearance of a short-lived but influential Soul group has an added piquancy on evenings when there are 57 (and more) channels in my telly & no grown men chasing a ball around a field on any of them.

Dyke & the Blazers first came together in Phoenix, Arizona when “Dyke”, Arlester Christian, & 2 of his fellow musicians found themselves without a band & without the means to return to Buffalo, New York. In 1966 their first single attracted attention as “Funky Broadway” was the first instance of that adjective being used in a song title. It was a Top 20 R&B hit, by the end of 1977 James Brown had covered it, Wilson Pickett had taken it into the US Top 10 & pretty much everything I do gonna be funky from now on. Dyke & the Blazers had a direct, rough & ready, heavy on the horns sound but they had ambition too . On their debut LP “The Wrong House” finds the singer extemporising a a story of mistaken location while the band find the groove & stay on it. There were not many 10 minute long tracks being issued in 1966 &, as the engineer shouts at the end, it “sounds fantastic”.

That initial success kept the group working & in the studio & their records made the R&B Top 40. The timeline on band membership is a little blurred. Dyke now had the fare back to Buffalo but the new touring band, two drummers, didn’t stay together for long. What Dyke had was a recording contract with Original Sound the label owned by famed Los Angeles DJ Art Leboe. On the West Coast he was able to use musicians from the Watts 103rd Street Rhythm Band including the great drummer James Gadson. Their ability to stay loose while still keeping it tight suited Dyke’s basic, very effective soul-shouting.

After variations on the “Funky” theme had been played out “We Got More Soul”, an update of “Sweet Soul Music” name-checking some of the great artists around in 1969, & the still extraordinary “Let A Woman Be A Woman” crossed over to the lower reaches of the Top 40. “You Are My Sunshine” (see above), well everyone knows this one & how great to see Arlester grab hold of the song & find the Soul within while the band mime it like they mean it. This clip is a real find.

There had been a rather optimistically titled “Greatest Hits” package released in 1968 & surely a second Dyke & the Blazers LP was the next move. The 1970 single “Uhh”, a brilliant title for a gutbucket Funk record, was taken from the first LP. The B-side, “My Sisters’ & My Brothers’ Day Is Comin'” shows, in my opinion, that Dyke was sharp & sussed enough to respond to the changing music scene. It would have been interesting to have heard songs written for an album rather than as 3 minute singles. Unfortunately we would never get to hear them.

In March 1971 Arleston was shot to death in the street outside a bar in Phoenix. The details are murky, the perpetrator was found not guilty because of self-defence. Arleston Christian was just 27 years old, he had a band & a sound that James Brown kept a close eye on because Dyke & the Blazers were as Funky as it gets.