Keith Richards off of the Rolling Stones was in the Speakeasy Club in London’s glittering West End one night in 1974. His group had almost finished that year’s LP (1 a year between 1971-4) & there was no tour scheduled. He was invited to the house of Ron Wood by Ron’s then wife Krissy. Ron’s group, the Faces, had split, after playing with Rod Stewart since 1967 he had his own album to do. Mick Taylor was around, so were Ian Mclagan from the Faces & the best rhythm section of the time drummer Andy Newmark  & bass player Willie Weeks. Keith had a good time. He stayed for months & moved into the guest room.

In July 1974 Woody “and friends” played 2 gigs to promote the LP “I’ve Got My Own Album To Do”.  Keith had contributed 2 songs to the record & took the lead on one of them.

“Sure The One You Need” is a Jagger-Richards composition though when it was performed on the Stones’ 1975 tour it was introduced as a song what Keith wrote. Whatever, I’m sure that Chuck Berry had something to do with it. The band never recorded the tune, more because Ron had used it than any lack of quality. It’s great to see Keith, young, standing upright,  not so elegantly wasted and playing with fine musicians where it’s not his show. The focus though is on him. No-one brings the rock and the roll with such a natural facility. At a time when guitar “heroes” were admired for an increased velocity or for the effects they could wring from their instruments the best guitarist in the world is a rhythm player.

Mick Taylor left the Stones & Keith has described the 1976 LP “Black & Blue” as an audition for guitarists. The guy with the inside track had to be Ron Wood & he became the new member. We saw that 1976 tour &, Holy inflatable phallus, even if there had not been a classic record since “Exile”, it was a very special event. 1978’s “Some Girls” revitalized the band while Keith & Ron toured with the New Barbarians, in support of another solo LP by his co-guitarist, in 1979. The quality of “Some Girls” was not maintained & by 1986 Keith was estranged from Jagger. A solo Mick LP had annoyed him, the pair’s involvement with Live Aid was separate & only 3 songs on the latest record was by credited to them. Finally in 1988 Keith Richards released a solo LP.

What a record “Talk Is Cheap” is. The last great Rolling Stones LP. Keith felt that Jagger had become a pop singer & there must have been a competitive edge to the making of the record. There are songs about the deterioration of the two lasting relationships in his life, with his singer & Anita Pallenberg. There are those long, logical, galvanic riffs , “How I Wish” just never fails to delight. OK Jagger would have made a better job of the Al Green tribute “Make No Mistake” but “Talk Is Cheap” is a proper LP, one that should be listened to from start to finish.It was a great band too, including guitarist Waddy Wachtel, a Neville brother on keyboards, drummer & collaborator Steve Jordan. I wish that I had seen one of these shows.

As the Glimmer twins got to 50 they reunited & the Rolling Stones became an institution that recorded infrequently, making records that no-one remembers. (The lead single from “Bridges To Babylon” was “Anybody Seen My Baby ?”…anyone ?). The world tours became lucrative media events &, at least’ you got to see Keith & Charlie Watts play together, surely the greatest thing in music over the last 50 years. During the first hiatus Keith had the taste for recording & made a 2nd solo record with Jordan & Wachtel. “Main Offender” (1992) has some good songs but lacks the drive of “Talk” & seems a little over-produced. he didn’t need to make another Stones record but it is what he does best. “Wicked As It Seems” though, didn’t that song go to #1 ? Should have done.

That was it for the solo records. While others had turned blue in the bathroom & fallen by the wayside Keith swapped the smack for the Jack. He took all the drugs so that we didn’t have to & has become an international treasure. Deservedly so, he has been the heart & soul of the great rock and roll survivors. When I see the geriatric Stones I am reminded of the final image of the band from Guy Peellaert’s “Rock Dreams” with the inseparable pair of troupers keeping on keeping on & Keith, presciently, as a pantomime pirate. Then I put on “Exile” or “Get Yer Ya Ya’s Out” & listen to one of the best bands  I have ever heard. 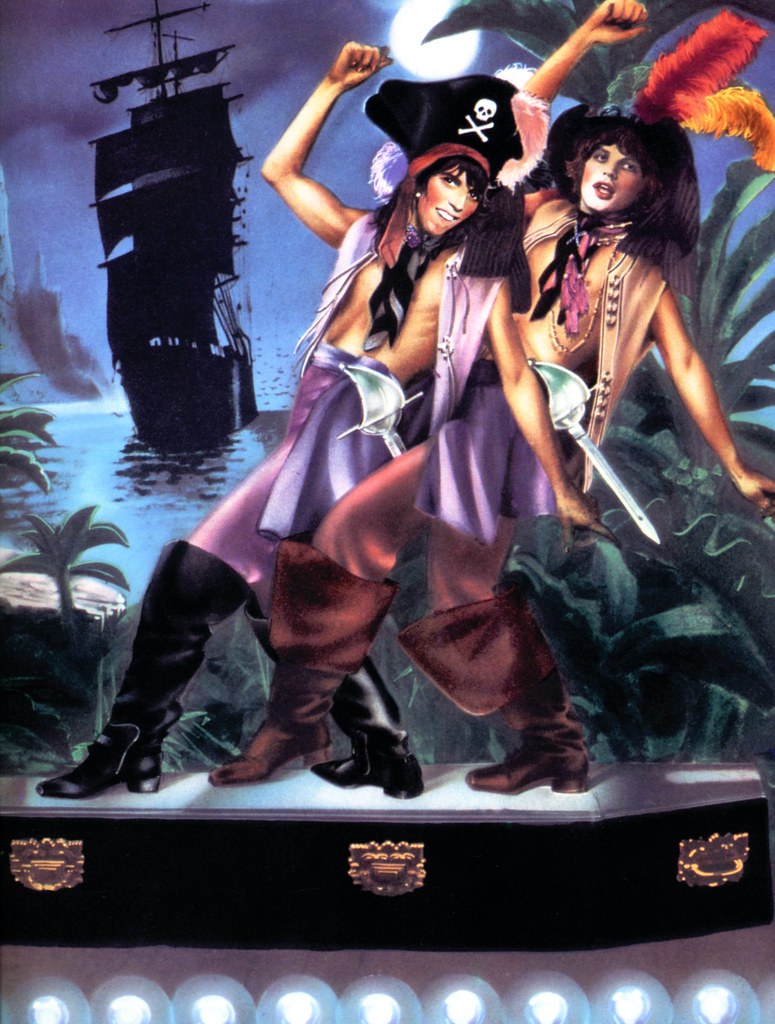