Is it Spring yet ? Can I leave the house again ? The clocks have been changed, back or forward, I’m never sure, the nights are lighter, well a lighter shade of grey, so why am I so flipping cold ? Any road up, March has been a fine musical month so I have been happy to huddle up to my nice warm speakers. Here are 3 of the best.

The month got off to a flying start with the arrival, on the 3rd, of the new, much anticipated (well, by me) LP by Sleaford Mods. On “English Tapas” (half a scotch egg, a cup of chips, pickle and a mini pork pie…mate, if only I was joking) Jason Williamson continues to spit, snarl & swear at life in modern Britain. Anger & disdain are his default settings, “Moptop” begins with an attack on Boris Johnson, the Tory liar & fool, before getting in the face of modern music & internet attention spans. It may seem that this is more of the same, the Smods formula, but things have changed in the two years since “Key Markets” & these Brex-City Rollers have something to say about it, something that deserves to be heard & that I want to hear.

Some feel that a laptop, a beer, a fag & a cool T-shirt (“Still Hate Thatcher”…yes please) doesn’t make a “real” musician. Beatmaster Andrew Fearn obviously puts a lot of thought & talent into complementing Jason’s lyrics. On this record he has, I think, done his best work yet, ominous & urgent. He has every right to share the credit & if he kicks back on stage then so fucking what ! This time around Jason rails against gym culture, weekends of crap cocaine, “pint cans of imported shit” beer in places where the “music’s shit but the queue…is getting big”. A generation that has been abandoned & disdained (One of Jason’s tweets got him expelled from the opposition Labour Party) by the political class which make decisions that makes a life with nothing much even less. I’ve said before that I live around people like the Sleaford Mods & the people they write about. Jason Williamson is not the voice of the people but he is the voice of some of the people & I’m glad that he’s around to take snapshots of life in 2017.

It took a couple of weeks for “Freedom is Free” by Chicano Batman to come around. I thought that I was on to something new & into something good but it turns out that the Batmen have already featured on loosehandlebars when Gigi Mac, our rarely seen (lazy 🙂 ) American correspondent, put us on to them in January 2016. Gigi wrote…”nattily attired in tuxes, ruffled shirts & bowties [clearly break-away or infused with spandex, considering the stage athleticism]. Their sound?  think Prince with less ‘Revolution’ meets trippy, late 70s Mexican surfer. A  hint of jazz, but definitely able to seriously ROCK– blisteringly hot & focused bass, charming & flirty front man on keyboard and rhythm guitar with luxurious flowing curls & a killer falsetto”. I could not put it better myself so I’m not going to try. 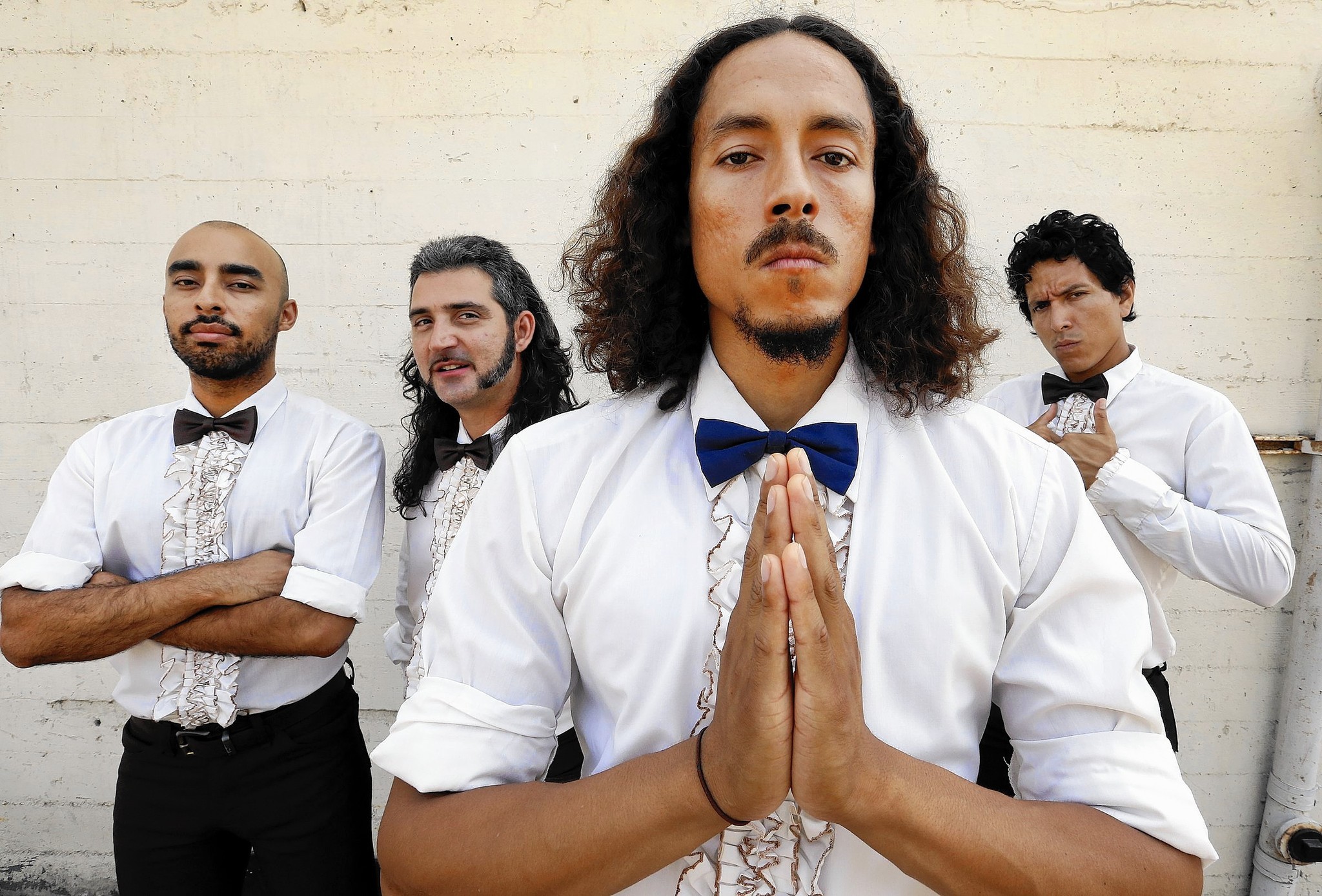 “Freedom…” is their 3rd LP. It is produced by Leon Michaels who has a pretty cool track record as an instrumentalist with various groups, an arranger & producer with his Truth & Soul Records. Leon has worked with Sharon Jones & “Friendship (is a Small Boat in a Storm)” is the most Daptonic track here. Other cuts reflect influences from early 70s Funk but this is no retro Soul record, CB get loose & a little out there as the album progresses, it’s always involving & interesting. I guess that because of the Spanish lyrics & Latin rhythms, the psychedelic touches, that the word Tropicalia, an artistic movement from late 1960’s Brazil, is dropped into reviews. Cumbia, a rhythm from Colombia & Panama gets a mention too. Chicano Batman are neither of those, what they are, Gigi Mac knows this, we know & now you all know too, is “trippy, late 70s Mexican surf music” & bloody good it is too.

Meanwhile, back in the UK, Idles released their first LP this month.It’s been 5 years since the 5 piece band, formed in Bristol, made an EP then retreated until they were lean & mean, at their best fighting weight, ready to take on all contenders. “Brutalism” is a collection of short, sharp shocks, a barrage of guitars (with the quieter “Slow Savage” at the end) & the angry snarl of  Joe Talbot’s vocals. Joe, bullish in a china shop in the video for “Mother”, is combative & aggressive with things to say about misogyny, the N.H.S, Tories, philistinism & a couple of TV chefs.

“Anger is an energy” said someone (now a mad, old butter salesman) but Idles are about more than shouting & pointing. They charge around but they still hit their targets with accuracy & humour. The  video for “Stendhal System”, bassist Dev Devonshire hamming it up around the gallery, is laugh out loud funny while the song makes its point about the power of Art & willful ignorance of it. Is it Punk Rock or Post-Punk ? I don’t care, it’s a glorious noise. Take this record round to friends’ houses, play it loud & get asked, as I was, to turn it down. Idles are on to something & could be headed for bigger things. Remember “the best way to scare a Tory is to read & get rich”. “Well Done”.