Fifty years ago this week on the Cash Box Top 50 in R&B Locations chart the #1 record was by a new group who were not only the Soul sensations of the day but were enjoying almost unprecedented success on the Pop charts. “The Love You Save” was the Jackson 5’s third #1 of the year & there would be another one to come. Tamla Motown had plenty of experience in the development & marketing of their acts but even they can’t have anticipated the sudden rush of Jacksonmania which became the popular music phenomenon of the year. 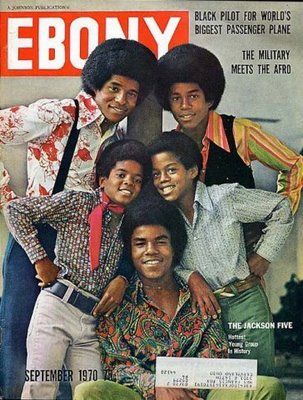 The Jackson family band, Marlon 13, Jermaine 15, Tito 17, Jackie 19 & Michael 10, from Gary, Indiana had been prepared even drilled for stardom by father Joe. With no disrespect to the other four it was apparent from their 1968 Motown audition that young Michael was an extraordinary talent. Initial recording in Detroit with producer Bobby Taylor was heavy on the Motown & contemporary covers, Smokey Robinson’s “Who’s Lovin’ You” captures the prodigy’s precocious agility, ability & maturity beyond his years. Label boss Berry Gordy wanted something extra. He moved the group to Los Angeles, assembled & included himself in a new team, “the Corporation”, who came up with “I Want You Back”, a song that captured the group’s vivacity & became the blueprint for their future singles. “I Want You Back”, as distinctive & fresh now as it was 50 years ago, is a landmark record, Soul music informed not by its Blues & Gospel roots but by the classic Pop & Tamla Motown of the mid-Sixties. Of course the teenagers loved it, the single & debut album “Diana Ross Presents the Jackson 5” sold millions & the snowball was rolling. “The Love You Save”, another Corporation joint is taken from “ABC”, the Jackson 5’s second LP, released just six months after the debut &, like the title track, another sure-fire smash. They are captured in all their glory, energy, threads, coiffures, confidence, choreography & beauty on this appearance on the prime time “The Ed Sullivan Show”. Such chart dominance couldn’t last & two more albums released in 1970 emphasised quantity of product over quality control. After just one more LP in 1971 Michael’s solo career was launched with the “Got To Be There” album & he was able to succeed by himself & with his brothers. In 1975 they left Motown, Jermaine, married to Gordy’s daughter, stayed as did the group’s name. The renamed Jacksons found the increased creative input they sought at Epic & we watched Michael grow into a teen idol. While filming “The Wiz” he met producer Quincy Jones & together they created his fifth solo LP “Off the Wall” (1979). The group’s “Triumph” (1980) included the hit “Can You Feel It”, written by Michael & Jackie, & sold a couple of million. The groundbreaking “Off the Wall” was a statement that Michael, still just 20, was ready to go, it redefined his career, became the first LP to have four tracks reach the US Top 10 & sold 20 million records. He was well on his way to becoming the “King of Pop”, the next record “Thriller” (1982) hit  sales of 66 million. Michael was in a different orbit to not only his brothers but everyone else too. We know the story, we all have our own views but it’s sure that such incredible fame & fortune for an individual who had grown up in public can lead to strange craziness.

This clip & record is new to me (it’s a big reason why I do this thing). We know the Three Degrees as the designated divas of the Gamble & Huff stable that the producer/writers were establishing in Philadelphia. Prince Charles’ favourite group whose “When Will I See You Again” was Bill’s off of “Kill Bill Volume 2” “favourite soul song of the 70s”. Well here are the pre-Philly Degrees with “Maybe”, rising 8 places to #21 on this week’s chart, their first 45 for Roulette records & the title track of their debut LP. It’s the same trio, Fayette Pinkney, Valerie Holiday & Sheila Ferguson, only this time it’s Valerie on lead vocals when we are so used to Sheila being at the front. The dramatic “Maybe”, here with a long spoken intro (“as evil as a wet hen”!), is a track they had first recorded in 1966, reached #4 on the R&B chart. It would be 1974 when they were the featured vocalists on MFSB’s chart-topping “TSOP (The Sound of Philadelphia)” that bigger success came their way. 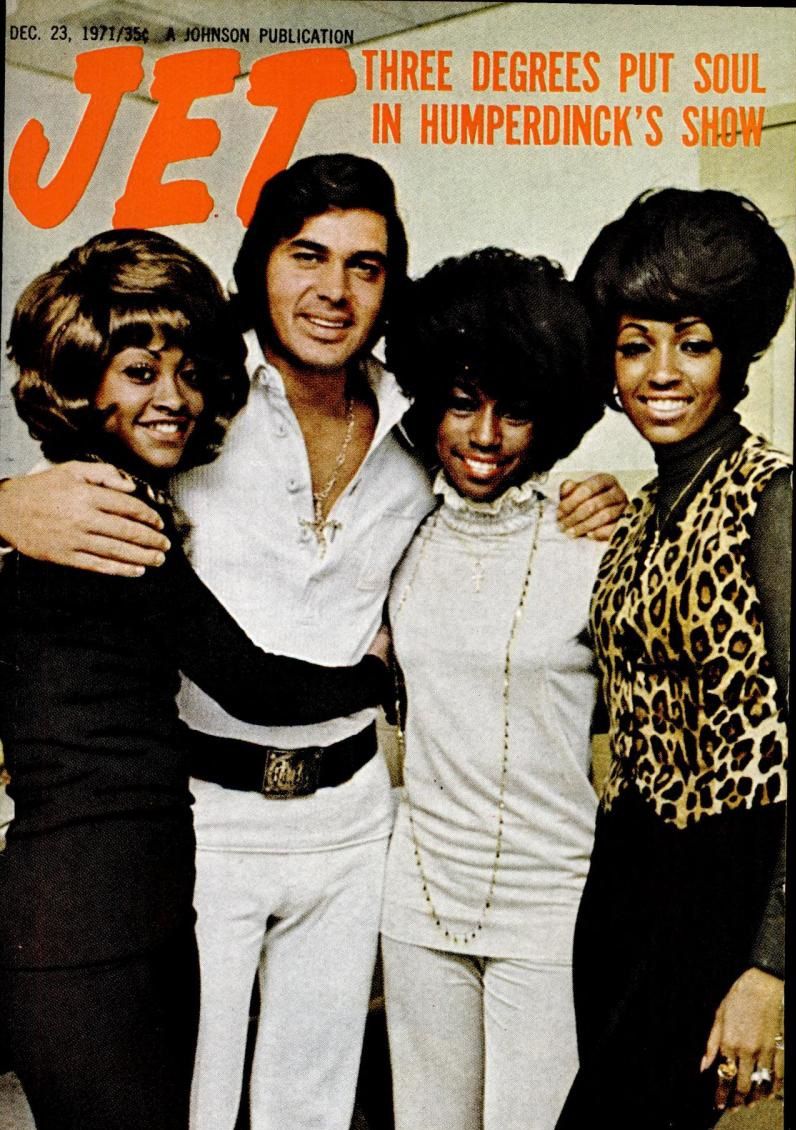 There were just the two albums recorded with Gamble & Huff & while they subsequently made little impression in the US their popularity in Europe & the UK (two different places apparently) was maintained. A live LP was recorded at the glamorous (probably) Bailey’s nightclub in Leicester England. Fayette left, was replaced by former Degree Helen Scott & in 1978 they were matched with ace Disco producer Georgio Moroder & his Music Machine team. The two records they made in Germany were hardly “I Feel Love”, the Three Degrees always did lean towards middle-of-the-road cabaret Soul, but when the master’s electronic Disco barrage is at its most effective it was pretty good. It brought them more UK Top 10 hits, they seemed to be never off the TV & for a while there the Three Degrees were the most popular female group around here. Back in the days of Rock & Roll Little Richard had been as sensational as the Jackson 5. During his stint at Specialty Records, from 1955 to 1957, the frantic, almost feral, accelerated take on R&B matched to an uninhibited, unpredictable showmanship changed & defined the new teenage music. The first hit “Tutti Frutti” (“A-wop-bop-a-loo-bop-a-wop-bam-boom!”), a fresh, wild, kinetic explosion started a run of 17 Top 20 R&B hits before “The King of Rock & Roll” abdicated his position. “Long Tall Sally”, “Rip It Up”, Ready Teddy”, “Lucille”, it’s a list. His recordings in the next decade were Gospel-oriented & sporadic but Little Richard’s work was done, He influenced all his fellow rock & rollers from Elvis on down, inspired his fellow Macon, Georgia native Otis Redding & a generation of young British musicians, especially the Fab Beatles, in their own attempts to emulate him while the sexuality & stagecraft of Prince tips its beret Richard’s way. When Michael Jackson bought the Beatles’ publishing catalogue it included the rights to those Specialty songs & he gifted them back to the Originator, nice move. 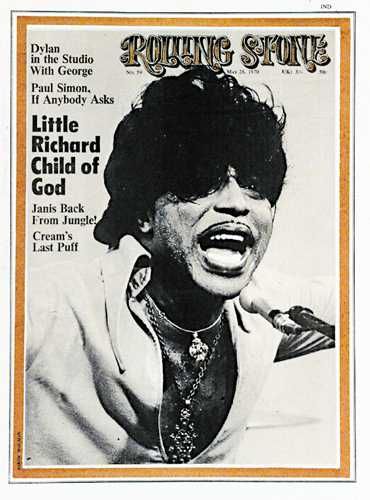 In August 1969, two weeks before Woodstock, the Atlantic City Pop Festival had brought together a similarly impressive lineup of contemporary music. An electric performance by Little Richard, at a white grand piano, closed the concert & had brought an audience too young to remember his heyday to their feet. Encouraged Richard put up his own money & entered Muscle Shoals studio to record his first album in three years. “Freedom Blues”, climbing a healthy 15 places to #33 on this week’s chart, is the opening track on “The Rill Thing”, a meeting of Rock & Roll & swampy Funk which proves to be very effective. Richard’s voice is still gymnastic & surprising & the musicians, particularly guitarist Travis Wammack & the horn section grasp the space afforded by the singer’s production. “Freedom Blues” sets the tone, “Greenwood Mississippi” shows where John Fogarty & CCR were coming from & a spirited “I Saw Her Standing There” would make his Mersey Beat friends proud. The title track, a 10 minute long Funk instrumental jam, gives the band a workout that you don’t often & is a joy to hear. Little Richard’s death in May 2020 was marked by many tributes but there was a lot of bad news about in those days. He really was a treasure of our music.