In the Poptastic mid-1960’s there was a heaving rush of perfect 45’s, seven inch vinyl discs that broadened the scope of popular music not only appealing to a massive audience but forcing me to use the word “zeitgeist” here. In 1964 Phil Spector hooked up his Wall of Sound to the vocal talents of the Righteous Brothers for “You’ve Lost That Lovin’ Feelin'”. The following year “Satisfaction” showed that there was much more to the Stones than their R&B influences, Folk god Bob Dylan picked up an electric guitar for “Like A Rolling Stone” & the double whammy of “We Can Work It Out/Day Tripper” confirmed the growing maturity of the Merseyside moptops. In 1966 Brian Wilson immersed himself in then emerged from his studio with “Good Vibrations” while “the Sound of Young America”, Tamla Motown, released “Reach Out, I’ll Be There”, an urgent, exciting & assertive instant classic to rank with the aforementioned. The Four Tops, already established in the US, became international stars. 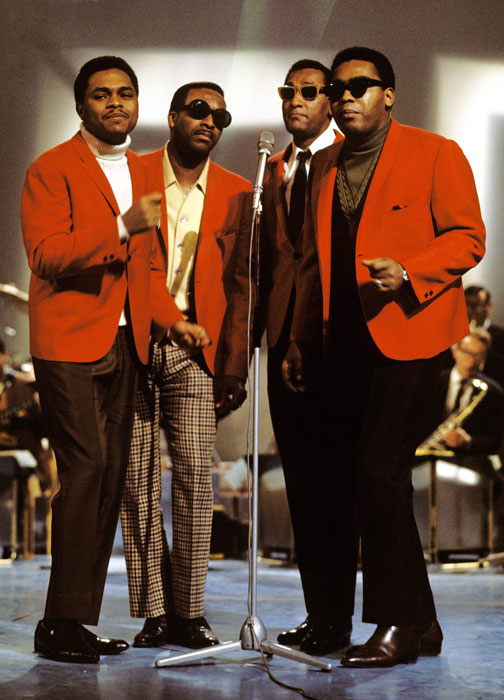 On the Cash Box Top 50 in R&B Locations for May 9th 1970 “It’s All in the Game”, the latest record by the Four Tops, rose from #34 to #26. The quartet were friends from Detroit high schools, formed in 1953, releasing their first single in 1956 as the Four Aims, they were older than other emerging groups at Motown. Matched with producer/songwriters Holland-Dozier-Holland in 1964 they were immediately successful with a string of records featuring the quintessential, magnificent, mature vocals of Levi Stubbs, the sweetness added by Obie Benson, Duke Fakir & Lawrence Payton, a line-up that endured until 1997. The “Reach Out” LP (1967) launched the Tops into the stratosphere. The album included an incredible 6 singles all of which charted in the Top 20 of the Pop & R&B listings. “Standing in the Shadows of Love”, “7 Rooms of Gloom” & “Bernadette” are all in the same class as the title track. In 1968 the first volume of The Four Tops’ “Greatest Hits” was some kind of wonderful.

Perhaps the Four Tops were affected more than most by the departure of H-D-H from Motown. “Reach Out” was to be their final collaboration but the later singles from the record “Walk Away Renee” & “If I Were a Carpenter”, soulful reworkings of contemporary Pop hits, indicated a change of pace. I wouldn’t say more restrained because Levi was still giving it his all. They recorded with different producers & there was a period where their records were more successful in the UK than at home. In 1970 the LP “Still Waters Run Deep” put their name back in the top frame. “It’s All In The Game”, a melody written in 1911, a hit in 1958, an arrangement where the other members were, for once, more prominent, started another run of Top 20 R&B hits which continued after they left Motown in 1972. The live clip above, recorded in a Vietnam veterans hospital for “The Ed Sullivan Show”, is a little extempore but still charismatic. We all know just how great the Four Tops were. The Flaming Ember originally Embers, named after a Detroit hamburger joint, had made some records for small local labels. George Clinton was involved with 1967’s “Hey Mama (What’cha Got Good For Daddy) but their big Rock & Soul sound met with little attention. The group’s luck was in when they were signed by Holland-Dozier-Holland’s new post-Motown operation. The trio’s reputation for quality & commercial appeal was reinforced with “Mind, Body & Soul”, Flaming Ember’s debut for them & the group’s first hit. “Westbound #9”, at #45 on this week’s chart & headed for a much higher position, is the title track of the Ember’s debut LP on the Hot Wax label. I reckon that Levi Stubbs would have heard the 6 H-D-H songs on the record & thought that he & his group could have made a fair go of them. Featuring drummer/vocalist Jerry Plunk, that’s him out front in the love beads & bell bottoms giving it loads on the TV show “Upbeat”, the album’s instrumentation suggests that the house band, the Politicians, were busier in the studio than the four group members. They have more input on the next LP “Sunshine”, Jerry wrote a couple of the songs, but “I’m Not My Brother’s Keeper”, the standout track, another chartbound sound, followed by “Ding Need Dong (To Ding-A-Ling-A-Ding-Dong)” is an indication of its variable quality. The label was having bigger hits with other artists & Flaming Ember were soon back in the Detroit clubs. Still, you hear “Westbound#9” & that song sticks around for the rest of the day.

From blue-eyed to brown-eyed Soul. El Chicano were representing for their Mexican-American community in East Los Angeles who were developing a more visible political & cultural voice in parallel to the Civil Rights movement. “Viva Tirado”, an instrumental regional hit in their hometown was breaking nationally & was at #30 on the chart. There seems to have been an indeterminate number of members of El Chicano with a whole bunch of fine percussion surrounding the virtuoso Hammond B-3 organ playing of Bobby Espinosa complemented by the Jazz influenced guitar of Mickey Lespron. “Viva Tirado” is a Jazz tune & the integration of Funk, Soul, Latin, Salsa & Rock rhythms makes for a very tasty & moreish El Chicano sound. 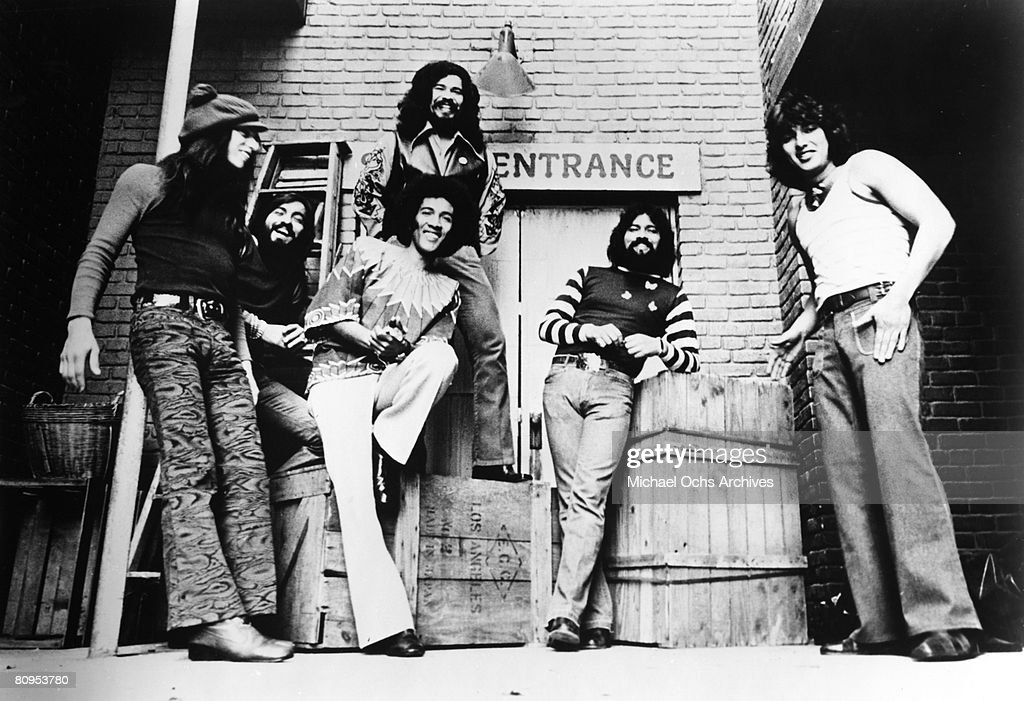 I’m making up for lost time with El Chicano. The group released an LP a year until 1976 & there are new favourites to discover. Guest vocalists were added on later records but the instrumentals are the ones that hit the spot. Placing them somewhere between Santana & War their covers of well known tunes may not immediately impress new listeners but the band always hit the coolest of Latin grooves where foot-tapping & smiling is no longer optional. Here’s their take on Marvin’s “What’s Going On” to prove it. In the words of novelist Carlos Fuentes  “Soy chicano en todas partes. No tengo que asimilarme a nada. Tengo mi propia historia.” (I am Chicano everywhere. I don’t have to assimilate to anything. I have my own story). El Chicano are part of that story.