So 50 years ago this month the Woodstock Festival happened. There’s a 38 CD, 432 track collection to sell to the millions of us who first listened to the original double album, saw the film many times & took enough acid to convince ourselves that we were one of the 400,000 who did get to Yasgur’s Farm. We’re lucky that the Woodstock Generation now has £655 ($800) to spare on such an artefact. Me, I’ll stick with “National Lampoon’s Lemmings” double LP where, among others, John Belushi, Chevy Chase & Christopher Guest celebrate mass suicide at the “Woodshuck Festival of Peace, Love, and Death”. That whole kit & caboodle box set won’t include the Motown Manifestos singing “Papa Was a Running-Dog Lackey of the Bourgeoisie” or Farmer Yassur’s quote “long hair, short hair, what the hell’s the difference once the head’s blowed off?”

Not to be outdone in the UK just two weeks later 150,000 music fans went to the Isle of Wight, a rock off the South Coast of England, for their very own festival. After a smaller event in 1968 the organisers, showing no lack of ambition, acquired the services of Bob Dylan & the Band. The future Nobel laureate had not performed for the 3 years since his motorcycle accident, it was a coup & the 3-day event became a very big deal. The Who, Joe Cocker & Richie Havens had also appeared at Woodstock & the rest of the bill was made up of the Folk Rock & Progressive Blues bands prevalent in 1969. From the accounts of those who can remember that they were there everybody had a good time & the return to the stage of Dylan made for a very significant occasion. The following year, when festivals were absolutely a thing, over 600,000 hippies came to the island. Thank goodness those types never washed, there’s no way there were enough bathrooms for that many folk. 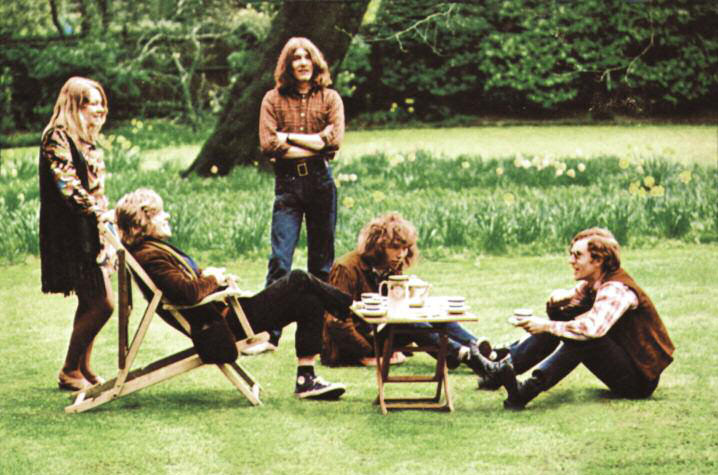 Fairport Convention had covered a Dylan song on each of their first two records. When the young group were given access to a cluster of unrecorded songs now known as “The Basement Tapes” like kids in sweet shop they greedily grabbed three of them for “Unhalfbricking”, their third LP. Fairport’s range of influences, from traditional Folk songs across to the West Coast of the USA & contributions from 5 of the 6 members made for an eclectic (I never use that word!) mix that was assured & attractive. “What We Did On Our Holidays”, released earlier in 1969, was a move forward. Island had put the track “Meet on the Ledge” on their successful (& cheap) promo sampler “You Can All Join In” & it served as their calling card. 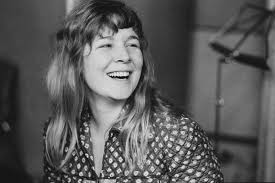 There’s only good things to be said about Fairport & about “Unhalfbricking”. They were all accomplished & in guitarist Richard Thompson & singer Sandy Denny the group incorporated two outstanding talents. Just 20, Richards songwriting was developing (“Genesis Hall” is one of his) & he was becoming a distinctive, stylish instrumentalist. It was on this record that Sandy, who had joined for “…Holidays”, confirmed her unique, beautiful gift. Of the Dylan covers “Si Tu Dois Partir”. a French version of “If You Gotta Go, Go Now” & “Million Dollar Bash” are ramshackle fun, something I’ve always been a fan of. The other, “Percy’s Song”, is as much a highlight as the one take, 11 minute long, interpretation of the traditional song “A Sailor’s Life”. Folk Rock had become a thing in British music & Fairport Convention were advocates, instigators & masters of the fusion. On Sandy’s song “Who Knows Where the Time Goes” the dazzling interplay of her vocal & Richard’s guitar transcends any labels making for a stunning, gorgeous, timeless classic which. 50 years on, still stirs & moves anyone with a soul.

This was a difficult time for Fairport Convention. Just two months before the release of “Unhalfbricking” the group’s van was involved in an accident which resulted in the death of teenage drummer Martin Lamble & Richard’s girlfriend Jeannie Franklyn. Such a tragedy obviously instigated a period of mourning & introspection which jeopardised the group’s future. On the new record they had been augmented by Dave Swarbrick, a virtuoso on the fiddle. When he & drummer Dave Mattacks became permanent members the Folk force was even stronger. Fairport’s success was consolidated with their next LP “Liege & Lief”, the ‘most important folk album of all time’ according to the BBC. If you don’t know that one then I recommend that you get to it, after you’ve given “Unhalfbricking ” a listen.

Of course we were all Moonstruck in August 1969. The previous month a quick visit to our sole satellite confirmed that the the technological possibilities of the human race were endless. The colonisation of space, jetpacks for all & a diet of tasty pellets of dehydrated food seemed to be just around the corner. To commemorate such an auspicious event President records issued a psyche-sploitation 45 by the Cape Kennedy Construction Company. Very little is known is known about the group, “First Step on the Moon” is co-written by Barbara Ruskin, a singer-songwriter who made records in an assortment of mid-60’s styles, Johnny Hawkins, her producer at the label, had something to do with it & er, that’s about it. It’s a good, interesting example of Harmony Pop tricked up with plenty of extra-terrestrial effects (Joe Meek would have been just the man for the job). The B-side “Armageddon” is even more out there but both tracks made little impression at the time. Their inclusion on Psych-Pop collections & an endorsement by that bloke off of Oasis has recently increased their visibility.

The C.K.C.C’s thunder was stolen by another opportunistic orbital opus. Now I know that David Bowie is one of the most influential, innovative & important artists of our generation but the stylophone-drenched “Space Oddity” struck me at the time as yet another of his gimmicks. His first hit followed an unsuccessful trio of 45’s, “Rubber Band”, “The Laughing Gnome” & “Love You Till Tuesday”. This was the “try anything for a hit” period, the wannabe Anthony Newley times which I could take or leave (usually the latter). Bowie changed, I did too but I’ve just said this last paragraph out loud haven’t I? Blimey, I hope I don’t lose any friends over this!