I was looking forward very much to hearing the new LP from Pinegrove, their third. “Cardinal” (2016) made an instant impression, it appealed as a fresh take on the kind of melodic American guitar music that I’ve always liked. I bought the record, heck I even ordered a tee shirt online (not from the band) which I paid for but never arrived! Robbing the fans of a fairly obscure group seemed such a niche crime & it was my first, hopefully my only, experience of such a 21st century crime so I bit it. “Cardinal” got played a lot but not as much as the sensational live session they did for Audiotree which captured the dynamism & clarity of Pinegrove’s sound better than the record. Ones to watch out for, for sure.

“Intrepid” is the first track to be found from the upcoming “Skylight album. It does that quiet-loud thing they do very well &, once again, a live version recorded for a radio station in November appears to be have more drive than the one released. The camera is mainly pointed at singer-songwriter Evan Stephens Hall. He’s pretty good but the contributions of Zack Levine (drums) who has been around since 7th grade (whatever that is) & Sam Skinner (guitar) should not be underestimated. Nandi Plunkett (vocals/keyboard) seems to have split & bass is played by whoever is around. Things were looking good for the arrival of the new record in March 2018.

So far so predictable until a couple of weeks later, a long rather rambling letter from Hall, responding to charges of sexual coercion by a former girlfriend, appeared on the band’s Facebook page. In consideration for the other person involved Evan kept the details vague & was possibly guilty of over-sharing about the emotional effect of the charges. An admittance that he has in the past abused his privilege as a performer & had sex with members of his audience seemed to be rather irrelevant (musician has sex with fans shock!). The band cancelled all dates, the hiatus has been extended & plans to release the new LP have been shelved. Let’s hope that Evan’s therapist can help him resolve his issues.

It is not my intention to minimise the charges made against the singer. I would appreciate if he & others accused of assault & coercion responded more directly to actual events rather than issue opaque apologies. If “Skylight” is never released & Pinegrove don’t return then so it goes. If wanting to hear it makes me an enabler of abusers then maybe I need a therapist. I do know that an insistence on moral rectitude from the artists whose work I admire would mean I have a lot fewer records & a lot less stuff. I’m still going to listen to & watch the “Aphasia” clip because there’s not much new music around that’s better than this.

For much of the time I am perfectly happy listening to music I know so intimately that a molecular transference has occurred & made it part of me. Lately, if I want to hear something previously unknown, there has been much satisfaction to be found in crate digging for Soul & Funk gems from the early 1970s. Whether it’s getting beyond the singles of ex-Temptation Eddie Kendricks & discovering the delights of his 7 solo LPs for Motown or grooving to the gritty Blues-Soul on the 4 records Little Milton made for Stax after leaving Chess, there’s much great music that passed me by at the time.

At the turn of the year I was checking for a “best of the year” list on one of the few message boards I trust (hey, it’s the Internet, be careful) & I heard something that just knocked me over. I bought the CD within hours &, a month later. have had no reason to regret my impulse purchase. Here’s just 80 seconds of Pinegrove, a song that’s not on their record “Cardinal”, an indie-pop blast that has certainly helped to lighten the mood in the weird times of January 2017.

Pinegrove are from Montclair, New Jersey, out near Paterson, the setting for Jim Jarmusch’s latest film. In 2015 they signed for Run for Cover records, tying up the loose ends of Bandcamp tracks & self-released cassettes on “Everything So Far”. “Cardinal” opens with “Old Friends” & closes with “New Friends”. They have made plenty of the latter with this assured collection. Evan Stephens Hall’s songs combine emotional lyrics with dynamic melodies, changes that are subtle while still having a real belt to them. The all-to-brief “Angelina” brings Teenage Fanclub to mind & that is never a bad thing.

Congratulations to the good people at Audiofeed who recorded 8 tracks with Pinegrove which are even better than the record. “Aphasia” is just a triumph, the whole band pulling together to make a good song even stronger & getting the sound it deserves. Both of the LPs are on the Y-tube, you can, as I did pay what you like for “Cardinal” at their website. Now over at Pinegrove’s Bandcamp there is the same deal for “Elsewhere”, 8 tracks recorded live on their last tour. Pinegrove are visiting the UK in late February/March. They are not playing too near my house but I will seriously try to go those extra 70 miles to catch my favourite new band.

Meanwhile the #1 in my heart for 2016, Whitney, continue to make an impression on the mainstream. I caught their “Golden Days” being used in an infomercial for one of those machines that you shout at & it plays music or turns off your lights. I don’t know what these things are called nor do I care. They monitor every move you & your family make in the name of progress & it’s a no thanks from me. The band also got to play that song again on their US TV prime time debut for “The Late Show with Stephen Colbert”. Here’s how that went…

There is, I guess, a touch of alt-country about both of these groups though they are hardly hanging out in the barn or whittling on the porch. It’s emotional Indie Rock that relies on melody & intelligence rather than a run along the effects pedals for impact. I’m hearing a freshness & an energy that I no longer hear in more established artists. I’m ready to put Wilco, Son Volt & Ryan Adams (though not Jason Isbell) on the back burner & look forward to Pinegrove’s & Whitney’s future music. I know…Just kick my ass, okay.

Well, that’s enough brand new modern music thank you very much. My album of the month was released in 1968. Joe South had success as a producer/writer for Billy Jo Royal before recording his own debut LP “Introspect”. The second single from the record, “Games People Play”, (you know it…”people try to sock it to ya, singing glory hallelujah”..great electric sitar) became a world wide hit. Capitol Records, wanting to reach this new audience, withdrew “Introspect” & quickly released an LP with the same title as the hit. Only 3 songs were retained, Joe’s versions of his better known songs included. It’s a good record but what the heck do record companies know ? 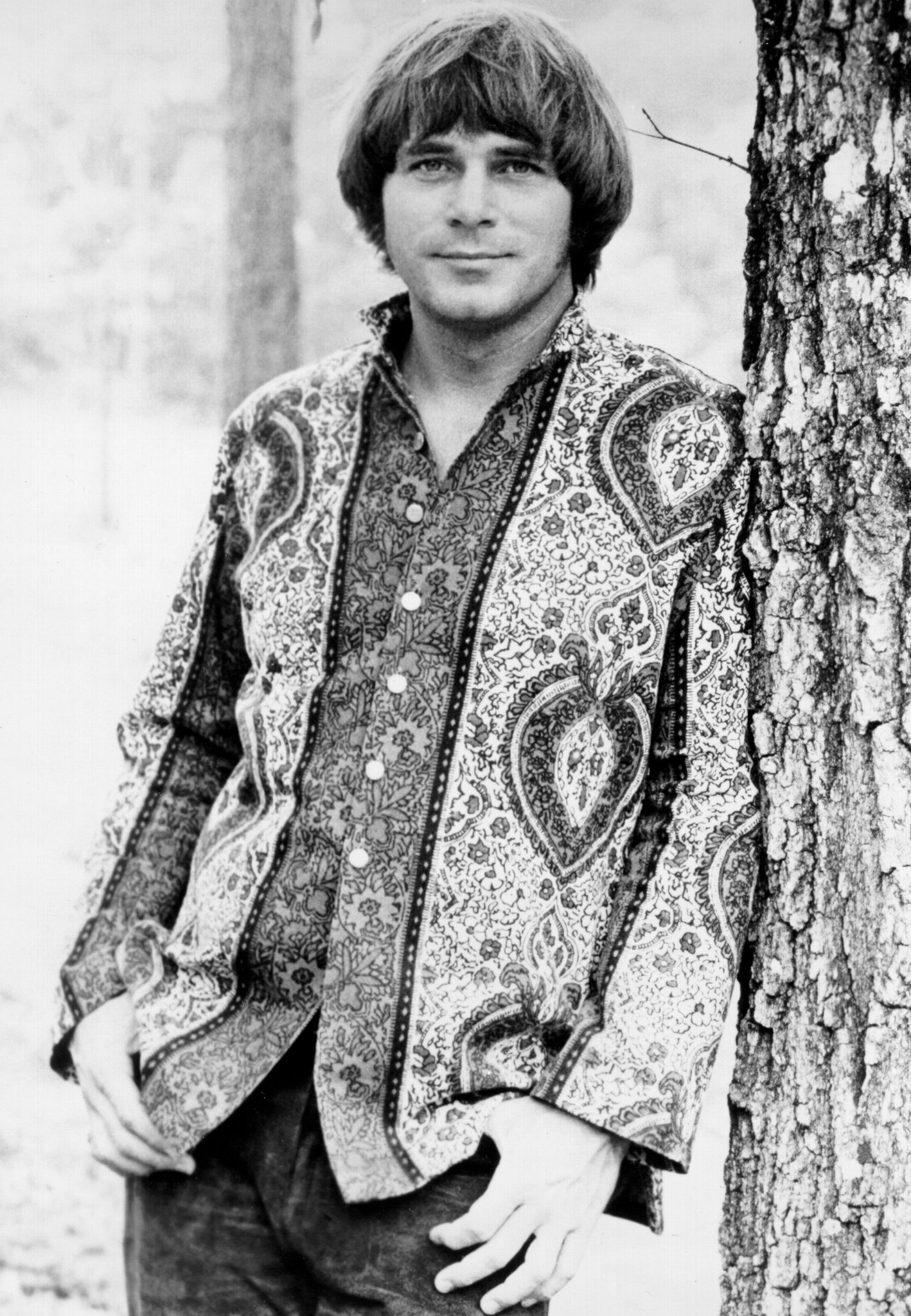 “Introspect” is a Southern Country Soul classic, a little heavy on the strings but enough imaginative production flourishes to still surprise. Joe’s strong voice is matched to lyrics containing a strong element of social commentary (Joe had played on Dylan’s “Blonde on Blonde”). “Mirror of Your Mind” & the 7 minute closer “Gabriel” step into Psych-Country Pop, not the most populated genre & South is really good at it. Even “(I Never Promised You a) Rose Garden”, a syrupy country hit for Lynn Anderson in 1970 & a song I was never too fond of, sounds tougher & better. I was lucky enough to catch Joe playing an acoustic set of his hits, he was a fine songwriter. “Introspect” (again the full works on the Y-tube) could be the template for when Elvis went to record in Memphis. I prefer the one that got there first.