New delights on the Y-tube are harder to come by when you have been looking as long as I have. That’s no big problem, there’s a pile, a substantial one, of remarkable uploads by great artists that I am happy to revisit. A current time travelling favourite sets the controls to the 3rd of December 1978, the night I saw Peter Tosh play at the Manchester Apollo & I am able to listen to that very concert…lovely. This week, searching for a song that got a lot of play round our end, I found it…

George Darko, high quality & in good form, with a couple of infectious songs including “Hi-Life Time” the sound of the Summer of 1984. A fine inclusion on our dance party tape alongside Grace Jones’ “Pull Up to the Bumper” & “Just Be Good To Me” by the SOS Band. There was a lot of African music around in the 1980’s. It was marketed as “World Music” but I was & still am with the late, great Bill Hicks when it came to those pettifoggers, “Quit putting a goddamn dollar sign on every fucking thing on this planet”. Good music can come from anywhere though probably not France (joke!). South Africa’s Bhundu Boys, backed by DJ Jon Peel, played everywhere. We saw the two Nigerian superstars, Fela Kuti closed a Glastonbury festival with his amazing troupe of dancers & musicians while we were definitely under dressed in Hammersmith when London’s West African community put on their finery to welcome King Sunny Ade.  George Darko made his records in Germany, Burger-Highlife, an immigrant style & fashion. He was from Ghana & we were learning more about that country. My friend Mitchell & I worked at a small warehouse with three Ghanaians, all good people. Paul was urbane, had lived in Accra, Paris & London, a citizen of the world, avuncular Ben asked my mate to marry one of his family so that she could stay in the UK, Mitch declined. Emmanuel, Mani, was a gentle, kindly barrel of a man, lunchtimes were filled with his stories of witchcraft in soccer, the time James Brown came to town (Soul to Soul 1971), sharing his wife’s delicious & generous portions of fufu. They invited me to a Saturday night hop with a star Pop singer from back home. Myself & three friends rocked up to a community centre in Stockwell, South London & were welcomed by our workmates & their friends, which was like everybody in the place. The music was fine, drink was taken, we didn’t go on stage to thrust money down the singer’s shirt &, thanks to the attention paid to my blonde companion, we were never short of dance partners. Good music with good people is a fine time wherever you are in the world. There was enough difference about the Ghanaian Pop concert for it to be a new experience. 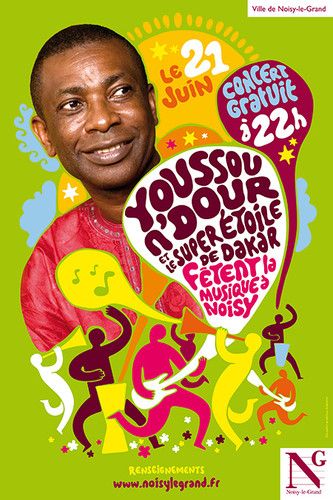 I can’t check for every African artist who caught our attention, that would be a list but I must feature two whose work included outstanding records, among the best of the decade from any continent. From Senegal Youssou N’Dour, with his group Super Etoile de Dakar, was the young star of the Sahel & beyond.  It says here that “Immigres” came to the UK via Virgin in 1988, I must have had the earlier French release…get me! The 4 track LP is a wonderful blend of Afro-Latin drum rhythms, the fluid guitar of Jimi Mbaye & vibrant brass, a setting for Youssou’s affecting, emotional vocals. I’m not familiar with the Wolof language but I believe the songs are about the African diaspora in Europe. Whatever, the songs are perfect & Youssou N’Dour was on his way to a long successful career & to becoming the most celebrated artist from that continent.

“Immigres”, recorded in Paris, received some criticism for its use of synthesizers. These are young, creative, imaginative & ambitious musicians enjoying the tools available in a modern recording studio. What are they supposed to do, bang some sticks together? Have a word with yourself. 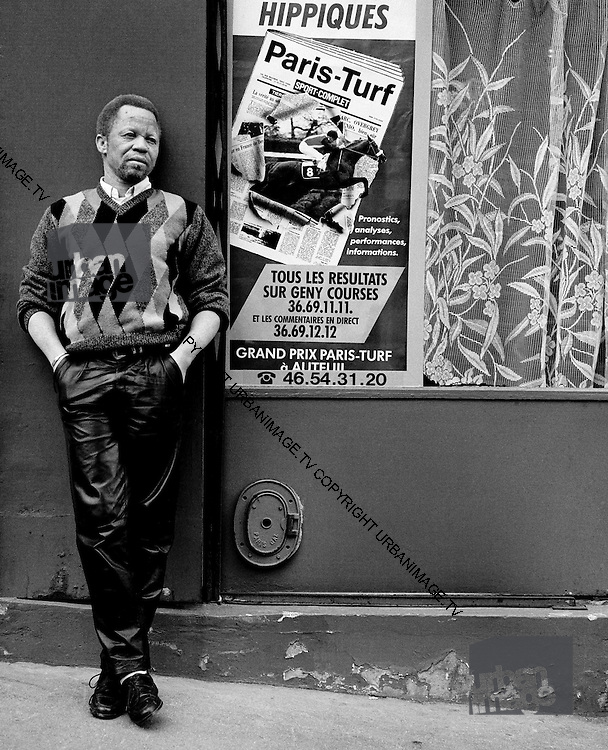 It was the local library on the Walworth Road, up near the Elephant & Castle, you know it, that put me on to Malian music. A record by the fantastically named Super Rail Band Orchestre Du Buffet Hôtel De La Gare De Bamako sounded like the most fun to be had in any railway station in the world & I taped it before returning the album (Libraries! Cassettes!, jeez the olden days eh?). Salif Keita, an albino ostracised by his family, started with the Rail Band before achieving success with Les Ambassadeurs. Political unrest forced a move out of Bamako, the capital of Mali, & in 1984 Salif settled in Paris where, three years later, he recorded the LP “Soro”.

“Soro” takes all the modern technology it can get. Senegalese producer Ibrahima Sylla & French arranger Jean-Philippe Rykiel employ swirling synthesized keyboards to enhance traditional instruments & modern grooves. It takes a master to impose himself on such a strong framework  & the Golden Voice of Mali is up to the task, forceful or beguiling as the material demands. “Soro” is the sound of modern Africans & “Soureba” still hits the spot every time.

In 1988 we had such a good night at a Don Cherry concert at the Queen Elizabeth Hall on London’s South Bank, a few beers in the busy bar of the National Film Theatre, a comfortable & acoustically superior auditorium, that we decided to take a chance on the other gigs there by international stars. We were the only ones in Nusrat Fateh Ali Khan’s audience unaware that the Pakistani Qawwali singer was already a superstar. His unique vocal range, his ability to convey the rapture & devotion of his religion made us believers for the evening, in awe of such a talent. At the same place, the same time just a week later we were beguiled by the London debut of a guitarist who made us consider just where much of the music we listened to & loved had originated.

Had Ali Farka Toure, another Malian musician, ever heard John Lee Hooker? Don’t know, don’t care. Another outstanding singer, his stripped back music, electric guitar & accompanist Amadou Cisse on the dried gourd Calabash percussion, was mesmeric, almost drone-like, still vibrant & absolutely engaging. It sounded like the African Blues & great Blues at that. How had such sonic transatlantic conveyance happened? Could we be hearing the source of a sound that we regard as American or is there a universal rhythm & feeling that humans will embrace & express wherever the heck in the world we happen to be? Mind blown!

Of course I’m aware that when it came to African music I was a tourist . I didn’t know my Amharic from my Igbo, any of the languages & the cultural nuances. I do know that the Rhythm is gonna get you & I was got. The purity if Youssou’s voice, Salif’s grandeur, George Darko getting me out on the floor was proving to be of more interest than much Western music of the time. All I have to do now is click here & it’s the Queen Elizabeth Hall on 28th of March 1988 & Ali Farka Toure is playing a great concert. Oh Yes!