Still a week to go in the first month of the year & Death has been felling too many tall trees. In the late 1970’s, when my football team had an away game, I would take the #11 bus around Birmingham’s Outer Circle to see Cyrille Regis play for West Bromwich Albion. A combination of strength & grace allied to a knack for scoring show-stopping goals transcended the parochial tribalism of English football fans & his talent merited greater international recognition than he received. On & off the field his quiet dignity in the face of hateful, ignorant racism inspired the next generation of Black footballers to believe that they too could make their mark. Hearing some of that generation, now retired, overcome by emotion in their tributes was testament to Cyrille’s legacy as a player & as a man. 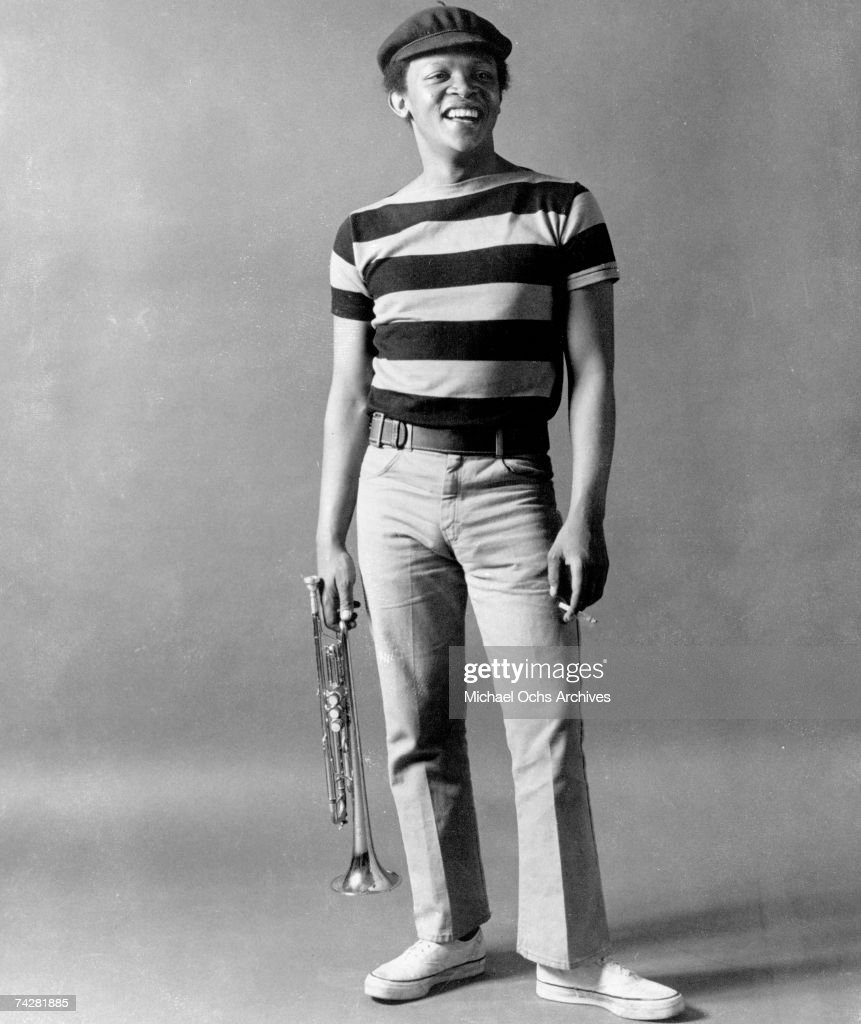 Hugh Masekela’s trumpet featured on the Byrds 1967 classic “So You Want to be a Rock & Roll Star”. The following year he had a #1 hit of his own with “Grazing in the Grass”. Masekela, already an eminent musician, left South Africa in 1960 when, after the Sharpeville massacre the manners of the White government became even more oppressive. Throughout a 30 year exile his music, for the head, the heart & the hips, never left Africa. His talent, his struggle, informed me about the insane apartheid policies of his home country as much as the travails of Nelson Mandela. (A shout here to the late Bill Clayton, a family friend who left Capetown when he was racially “reclassified” by the government. Even my 12 year old self knew that this was not only wrong but batshit crazy!).

The Fall have been part of the musical landscape of the UK for 40 years. There’s been a lot of wind talked about Mark E Smith who died yesterday. A contrary outsider, a trenchant motormouth &, later, an irascible drunk. “Hey dude! Give the info a rest and use your mind”. The Fall were popular enough to release 36 albums. If you want to hear their best songs well I’ve got 50 of them & a pile more in my pocket if you don’t like those. His voice & lyrics may seem individual but  his accurate, acerbic, archly humorous take on the world is one I recognise & has always been worth listening to. His band, despite a revolving-door personnel, was always on point. Mark’s autobiography reminded me of the year I spent in Manchester & the old boys I met in the pub (drinking at lunchtime…I miss that !). I liked them & I liked Mark E Smith. Over the years, when I have listened more closely, his band, his songs, his book, have been the best thing to have around.

As if this wasn’t quite enough loss there are others less celebrated on their departure who nonetheless made their mark. On the 8th of January the singer Denise LaSalle died aged 78 & it’s certainly worth spending some time with her music & to remember her. 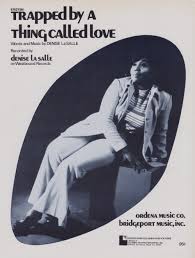 If Denise LaSalle had only made one record then “Trapped By a Thing Called Love” would be enough. From 1971 it was a #1 R&B hit when you had to be better than good to get that sort of attention. (It was preceded by the Persuaders’ “Thin Line Between Love & Hate”, displaced by Marvin’s “Inner City Blues”). “Trapped…” is a perfect realisation of the new Memphis Soul sound coming out of Willie Mitchell’s Royal Studios. The vocal is sad, sweet & soulful & so is the band. It’s a song that’s built to last & in 2013 was central to a key scene in Jim Jarmusch’s film “Only Lovers Left Alive”. You know it, Eve (the White Witch off of Narnia) tells Adam (Loki) that eternal Life as a vampire really isn’t all that bad & they dance to this wonderful tune.

Denise was born in Mississippi & moved to Chicago when she was a teenager. It wa there, with Chess Records that she made her first recordings. “A Love Reputation”, co-written by the fantastic Billy “the Kid” Emerson, is R&B mixed with that driving Motown beat. Northern Soul 4 years before the term was coined, it was a small regional hit in the US & an enduring floor-filler in the clubs of the North of England. In the words of Disco-Tex & his Sex-O-Lettes “Get Dancin'” !

Denise wasn’t a kid when she made that first record & when it didn’t work out at Chess she had it together for the second time around. “Trapped…”may have had the inimitable Hi stamp & Mitchell is credited with the arrangement but the production is by Crajon Enterprises, LaSalle & her husband Bill Jones, who had a deal with Detroit’s Westbound Records for our star & for other artists. The LP recorded on the back of the hit is a classic of Southern Soul, a couple of well-chosen covers & the rest written by Denise herself. 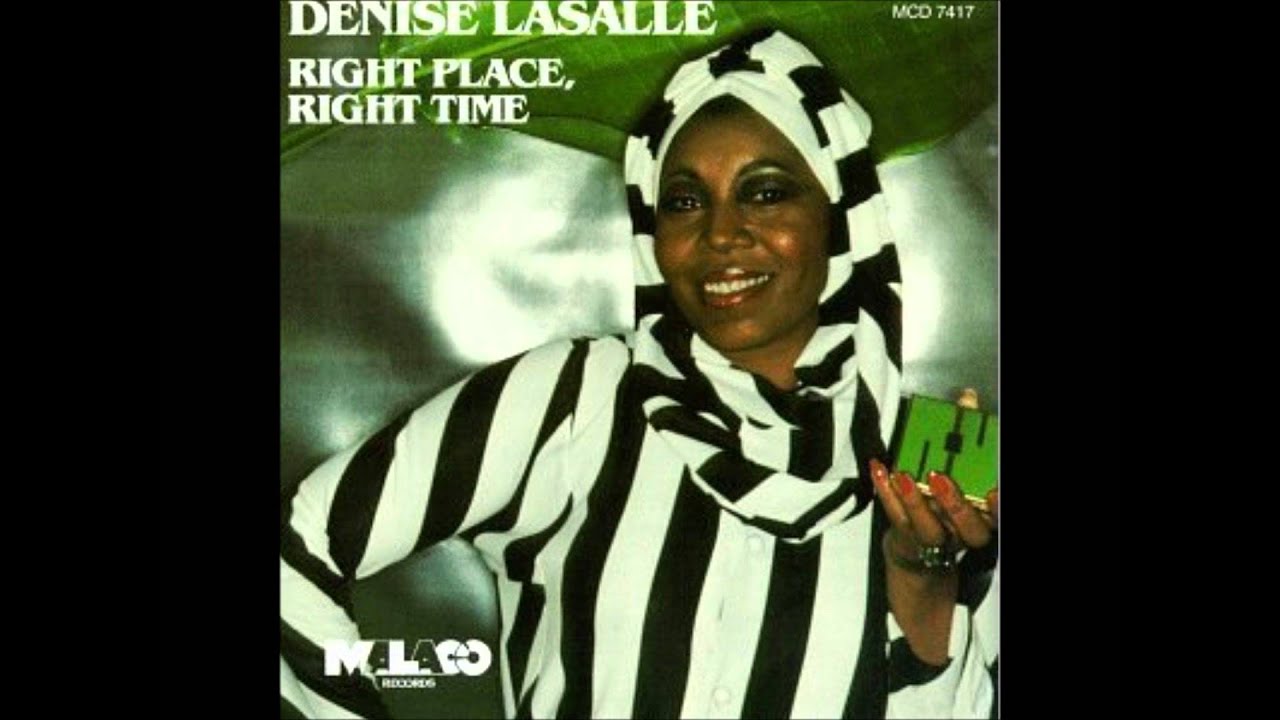 Willie Mitchell was busy with Al Green & Ann Peebles & in the mid-70’s Disco was the thing so Denise followed the trend. She continued to record regularly, gaining the title “Queen of the Blues”. Her strong voice matched her adult tales of relationships gone wrong. “Lick It Before You Stick It” is not the only song that is not suitable for work. In 1984 she found herself on Top of the Pops when her  synth-pop Disco cover of Rockin’ Sidney’s zydeco “Don’t Mess With) My Toot Toot” was a Top 10 hit in the UK. There are a lot of records & all of them are classy & well made. 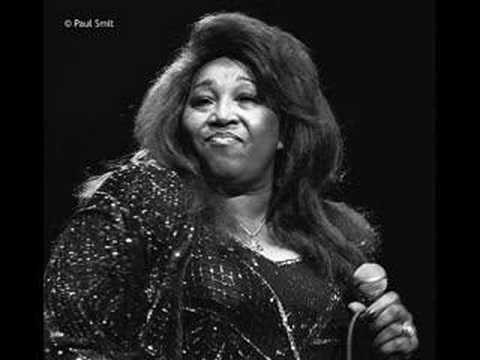 It’s the 3 records Denise made for Westbound in the early 70’s that, for me, are the real gold. “Here I Am” (1975) employed the arranging talents of David Van De Pitte whose credits at Motown included “What’s Goin’ On”, “Let’s Get It On”, “Psychedelic Shack” & plenty of others you know so you can be sure that this will be listening time spent well. “Married, But Not To Each Other”, another of her own songs, was picked up by Barbara Mandrell & became a Top 3 Country hit. Denise LaSalle left a legacy of fine music, she deserves to be & will be remembered fondly.