OK, is this thing on? I took a break from these reviews of the 1970 Cash Box Top 60 in R&B Locations (didn’t it used to be Top 50?) because the groundhog days of shielding was good for isolation, not so great for imagination & inspiration. Now I’m getting back in the world, unseen & invisible thanks to the camouflage mask so kindly provided by my lovely sister. You know something, it ain’t so bad out there, I may go again.

On my last look at the R&B listings from 50 years ago the Jackson 5 were toppermost of the poppermost with “The Love You Save” & Tamla Motown continued their incredible run of quality & success with #1 records for the Temptations & Stevie Wonder with “Ball of Confusion (That’s What the World is Today)” & “Signed, Sealed, Delivered I’m Yours” respectively. You know them both, great singles. At the beginning of August James Brown broke the Detroit dominance with “Get Up (I Feel Like Being Like A) Sex Machine), his first chart-topper of the year. For the week of August 29th though half of the Top 10 were from the Motown stable & the order of things was restored with the first #1 hit, a truly resonant, even significant song, for a less celebrated member of the label’s roster. 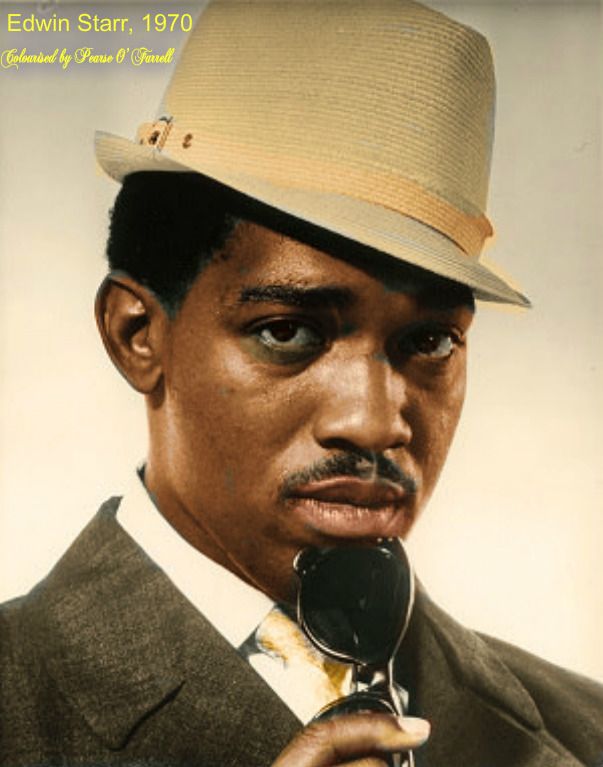 “War HUH! YEAH! What is it good for? Absolutely nothing!” Enough said yeah. Edwin Starr, born Charles Hatcher in Nashville Tennessee, raised in Cleveland Ohio, left the army in 1962 & moved to Detroit to do the music thing. His first three hit records, all R&B Top 10, “Agent Double-O-Soul”, “Headline News” & “Stop Her On Sight (S.O.S.)” are Motor City classics, co-written by Edwin & released on the Ric-Tic label whose artists were expensively bought out by Motown in 1968. The LP “Soul Master” combines these hits with early Motown 45s (check out his boisterous version of Smokey Robinson’s “Way Over There”) to concoct a pretty damn good collection. In the UK both “Headline…” & “S.O.S.” were dancefloor favourites which just entered our Top 40. In 1968 Tamla re-issued them as a double A-side which made the #11 spot. Edwin Starr was a name on both sides of the Atlantic, he just needed the right material to see this reflected in record sales. The pulsating “25 Miles”, a Top 10 US Pop hit, was certainly a start & in 1970 bigger things were to come.

“War” had first appeared earlier in the year on the Temptations’ “Psychedelic Shack” LP. The Tempts were recording tracks with a social commentary & “War” attracted attention but the label & perhaps even the group themselves thought that the its lyrics were too extreme for the sizeable part of their audience who knew them from Ed Sullivan’s show & prime-time TV specials with the Supremes.  Motown, never a company to neglect a commercial opportunity, put writer/producer Norman Whitfield together with Edwin Starr to re-record the song. Whitfield boosted the intense, anthemic quality complimented by Edwin’s emphatic, robust vocals. This classic remodel, an obvious commentary on the USA’s involvement in Vietnam but also one for the ages, sold 3 million copies. The partnership brought more R&B success then, when the hits got smaller, Edwin found love, respect & plenty of work entertaining Soul fans in the UK. Settled in Nottingham he continued to record & in 1979 enjoyed two Top 10 hits with songs he had written & produced. Edwin, always popular here, continued to perform until his death in 2003. Buried in his adopted home town, his headstone says “Our Agent 00 Soul” 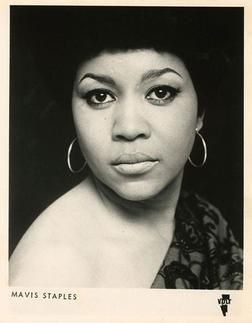 In 1968 the Staple Singers signed to Stax Records in Memphis. The family group were already established established as preeminent in Gospel-Folk circles & through father Pops’ close relationship with Martin Luther King their music promoted spirituality & morality through the Civil Rights Movement. The voice of Mavis Staples was recognised as a talent ranked alongside the best in the R&B/Soul field. It was perhaps a plan for Mavis to record her first solo, secular records & this week “Since I Fell For You”, a standard written in 1945, a hit again in 1963, stood at #28 on the R&B chart. The track is taken from “Only For the Lonely”, her upcoming second solo release, smoother than the 1969 eponymous debut produced by guitar ace Steve Cropper. Both albums unite the talents of Memphis, Muscle Shoals & Mavis but a rather unimaginative choice of material didn’t always help. They are good records, listening to Ms Staples is always a particular pleasure, which fail to capture the unique warmth & emotion of a very special voice. Back with her family the world was soon to recognise this about Mavis.

In 1971 the Staple Singers released their third LP on Stax. Steve Cropper had left the company & the co-owner, Al Bell, took over production, The single from “The Staple Swingers” (geddit?), “Heavy Makes You Happy (Sha-Na-Boom-Boom)” began a 5 year long unbroken run of Top 20 R&B hits. Bell provided a rich framing for Mavis to blossom ahead of the backing harmonies of her father & sisters. The lyrics were positive & uplifting, the sound warm, often based on the simple Blues inflected rhythm guitar of Pops, undoubtedly rooted in Gospel but, moving to the Funk & thoroughly modern. It has become a cliche to reference the enduring relevance of the message of old music. Just as “War” is a great record & war is still good for absolutely nothing, in these turbulent times when a change surely must come the music of the Staple Singers provides a context for an understanding & a moving forward. Remember “If you don’t respect yourself
ain’t nobody gonna give a good cahoot”. Mavis Staples has continued to perform & to make great records & has achieved a deserved legendary status. When a new collection of hers arrives I’ll be listening. 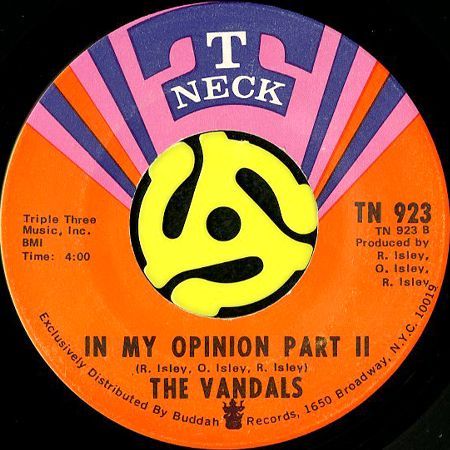 The Isley Brothers’ latest 45, “Girls Will Be Girls, Boys Will Be Boys”, not one of their best, was at #19 in this week’s chart. A distribution deal with Buddah for their label T-Neck meant that through 1970-71 the brothers were able to record & release a number of other artists. One of these groups was, making use of the extended Cash Box listing, a new entry at #53. The Isleys had signed a high school band from Baltimore calling themselves The Young Tempts after their idols the Temptations. The Y.T.s recorded a couple of Motown covers, including “Too Busy Thinking About My Baby”, before the Detroit label put their legal department on to the kids. “Too Busy…” was re-released under the name the Young Vandals. The Y.V.s were still in their teens but the next records were credited to just the Vandals. “In My Opinion” is written & produced by Ronald, Rudolph & O’Kelly Isley & it’s a predecessor of the slow jams, the “Quiet Storm” that provided contrast to the mighty Funk on the brothers subsequent, massively successful, albums. The lovely falsetto lead for the Vandals was provided by Damon Harris.

The Vandals broke up when Damon was looking to college as an alternative to music. The following year, 1971, his role model Eddie Kendricks left the Temptations & was replaced by Ricky Owens who, it was soon discovered, ha problems remembering the words in live performance. Damon Harris auditioned for the group & for the next five years worked in the job he had dreamt about as a kid. The Vandals may be as new to you as they are to myself but you have heard Damon’s falsetto on “Papa Was A Rolling Stone”.  Well’ I was aiming for a varied selection this time around now I’m back with “The Sound of Young America”. On the 1970 R&B scene Tamla Motown ran the game.