In March 1970 the “Woodstock” movie gave fans the opportunity to experience the already seminal festival, 3 days of Music, Peace & Mud, from the comfort of a cinema seat. The documentary, a box-office smash, captured the spirit of the counterculture & showcased its music with new levels of camerawork, editing & sound. Of course Jimi’s incendiary “Star Spangled Banner”, the charge, the bolt, the buzz of “With A Little Help…” by Joe Cocker & the dynamism of the Who. Man, the film even made Ten Years After seem exciting. Another highlight had been a Sly & the Family Stone b-side in 1969 but “I Want To Take You Higher” was revived & climbing to #33 in the Cash Box Top 50 in R&B Locations for this week in 1970. Just two places above it was another version of the song. In 1951 Ike Turner & his Kings of Rhythm featuring Jackie Brenston recorded “Rocket 88” now recognised as a foundation stone of Rock & Roll. When the record was released it was credited to Jackie Brenston & the Delta Cats it sold half a million copies & Ike & his band were paid just $20 each for the session. Undeterred he continued as a session player, songwriter (again not always credited) & talent scout, making connections with what seems to be most everyone on the R&B scene. Relocating to St Louis the Kings of Rhythm were a hot live act & in 1957 Ann Bullock, a young singer joined the group. Ike was offered real money ($20,000 in 1960!) by the Sue label who recognised the earthy power of his new vocalist. “A Fool In Love” by Ike & Ann, now Tina Turner, sold a million records & they were on their way. The Ike & Turner Revue, the Kings of Rhythm Orchestra, the Ikettes & the electrifying Tina regularly shook up the US TV Pop shows & I’m sure that anyone who saw a live show by them had quite an experience. In 1966 ace producer Phil Spector bought their contract so that Tina could front his Wall of Sound. The result, the monumental “River Deep Mountain High”, is an artistic triumph yet barely scraped into the US Top 100. In the same year the Rolling Stones invited the duo to join their UK tour. 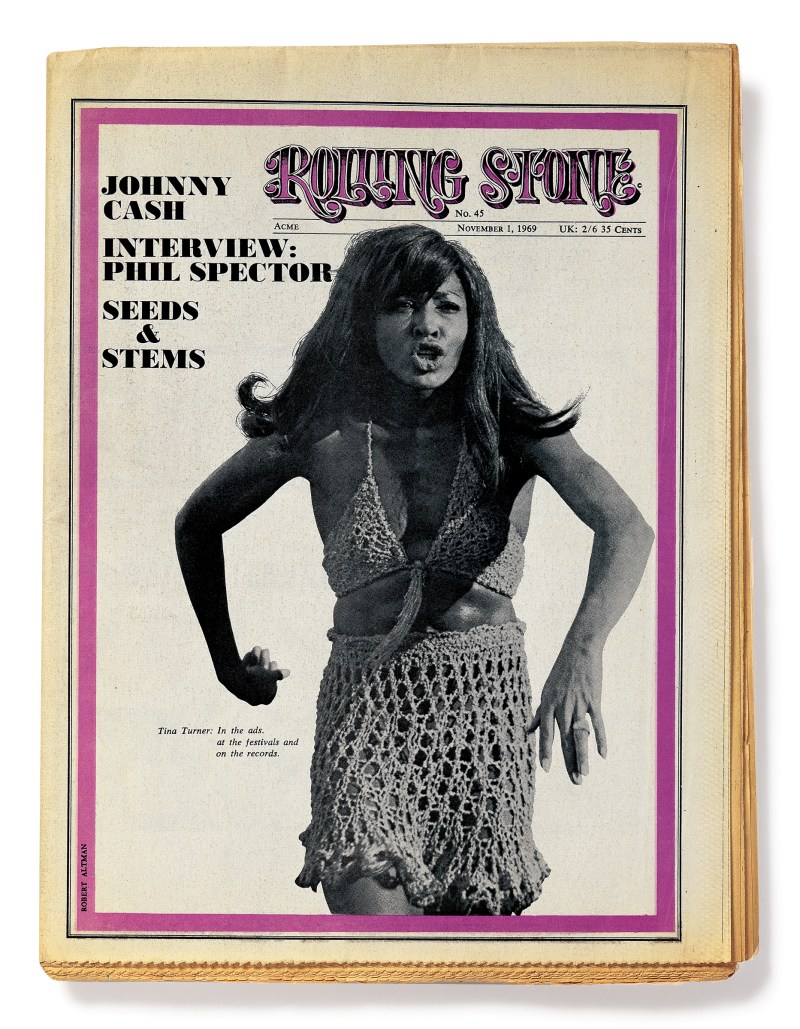 In 1969 Ike & Tina supported the Stones again on a US tour, they were reaching a wider, more diverse, audience & Tina, photographed by film director Robert Altman, made the cover of the “Rolling Stone”. Ike, always astute to changing tastes, adapted the Beatles’ title track & Jagger/Richards’ “Honky Tonk Women” to his bluesy R&B for the “Come Together” LP (1970). Sly’s “I Want To Take You Higher” was another track that people would know. It’s lacking the flexibility of the Family Stone but became a furiously Funky opener to the Revue’s set, Tina & the Ikettes dancing & singing up a storm while the bandleader kept it tight. These were good years for the duo, their records were more popular, European tours were a great success & they travelled to Africa for the “Soul to Soul” concert. This goodwill towards them stood Tina in good stead when she relaunched as a solo singer. Ike Turner was undoubtedly a piece of work. I’m more inclined to believe Tina’s autobiography than I am the “What’s Love Got To Do With It” film but he was violently abusive towards Tina, controlling over her & his band. There’s no doubt though his talent as a Blues guitarist & arranger contributed to a great deal of fine music & kept Ike & Tina Turner at the top for over 15 years. 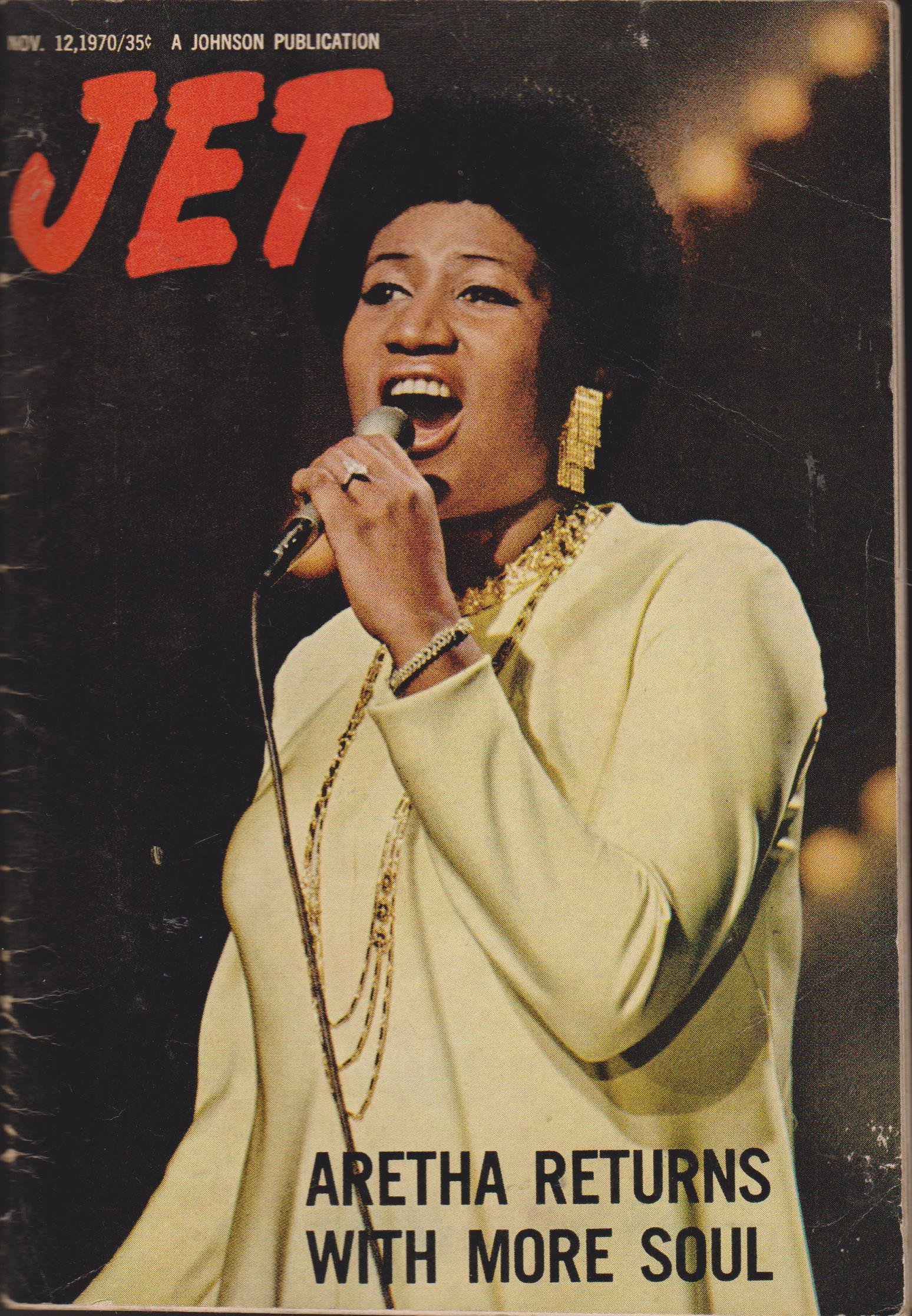 By 1970 Aretha Franklin was the “Queen of Soul” & she still is. While signed with Columbia there had been 9 varied LPs which established her versatility & her quality. A move to Atlantic Records, matched to more contemporary material, brought instant then enduring success. Between 1967 & 1974 every 45 but one released by Ms Franklin reached the R&B Top 10 while many of them & her albums crossed over into the higher reaches of the Pop charts. (The one exception was her remarkable live Gospel version of Marvin Gaye’s “Wholy Holy”, a highlight of the “Amazing Grace” filmed concert, which I’m guessing didn’t receive the same radio airplay as the others). The African-American female voice was very influential in the development of twentieth century popular music, Bessie Smith, Billie Holiday, Ella Fitzgerald & Nina Simone all brought an emotional honesty & a progression to their art. I grew up with “Respect” & “I Say A Little Prayer”, Aretha Franklin is as important as those great singers.

“Spirit In The Dark” is the title track of Aretha’s second LP of 1970. The lead track “Don’t Play That Song (You Lied)” had been her ninth R&B #1 & the new release, rising to #17 this week, was on its way to the Top 3. The album, including 5 songs written by her, was recorded with three different bands, the New York session men, the Muscle Shoals boys, flown up the the Big Apple from Alabama & the Dixie Flyers, the new unit established at Atlantic’s Criterion Studios operation in Miami. The groove though is strong & consistent throughout another outstanding album for Lady Soul. Both singles credit the Flyers on the label & for “Spirit..” her friends & regular back-up Sweet Inspirations showed out adding to the lovely, extempore Blues-Gospel feel. In March 1971 Aretha, the Sweets & King Curtis’ group played three nights at San Francisco’s Fillmore West. Joined onstage by Ray Charles & Billy Preston, “Spirit…” became a joyous 15 minute long jam, one of the greatest things you could hear & see. In October 1970 Angela Davis, a former UCLA professor, an activist, a Communist, “a dangerous terrorist” according to President Nixon, was arrested & charged with aggravated kidnapping and first degree murder of a judge. Aretha Franklin, a friend of Martin Luther King Jr who had sung at his funeral, expressed her support for Davis & publicly offered to pay her bail. “Black people will be free. I’ve been locked up and I know you got to disturb the peace when you can’t get no peace”. I’ll just leave it at that 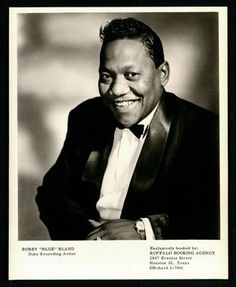 When we were kids my best friend & I always bought the British music weekly “Record Mirror” because their charts page included the US Top 50. We liked to be ahead of the game about any new sensations or the latest 45’s from our favourite acts. Bobby “Blue” Bland was a name we often saw in the chart’s lower reaches, the “Bubbling Under” & “New Releases” lists but his records were rarely played on even the UK pirate radio stations. When we did hear Bobby his music seemed to lack the immediacy of the shiny Soul sounds that excited us so much. Of course we were wrong, we were young. Bobby “Blue” Bland, absolutely from the top shelf of American singers, was making music for grown ups & I’ve been one of those for some time.

Bobby had been recording since 1951 & had been a big deal since his breakthrough with the swinging Blues “Further On Up The Road” in 1957. In the early years of the new decade his voice matured into a unique, often understated combination of sophistication & grittiness allied to an unsurpassed interpretive gift. With Joe Scott’s Big Band Blues arrangements there was a long run of R&B Top 10 hits including the stately, passionate “I’ll Take Care Of You”, a definitive “Stormy Monday Blues” & intense “Lead Me On”. It’s a list & if you know Bobby’s work then you have your own favourites. 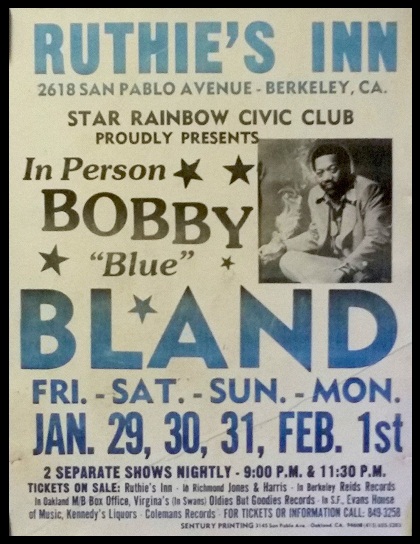 Bobby Bland saw little of the cash generated by these hits. “If Love Ruled The World”, #48 in this week’s Top 50, was the latest to have his label head’s name on the credits of a song he probably didn’t write. The song’s idealistic lyric has its heart in the right place & Bobby’s performance finds both the heart & the soul of it. The records kept his name at the top of the bill on an endless & exhausting touring life often in clubs ill-suited to his talents. By 1968 he was disillusioned, dependent on alcohol & his band had quit on him but all Bobby could do was sing & there was a string of dates to fulfill. He continued with just a rhythm section before finding a new band &, in 1974, a bigger record label. The hits, including “Ain’t No Love In the Heart of the City”, kept on coming & so did the respect of a new generation of artists & fans (myself included). Bobby kept on keeping on until just before his passing in 2013 by which time he was in the Blues, the Grammy & the Rock & Roll Halls of Fame. Nowadays there’s little better than a Bobby “Blue” Bland album & a glass of fine single malt whiskey to indicate that maybe, just maybe, I’m finally a grown up.