The #1 song on “The Cash Box Top 50 in R&B Locations” (I wonder what that means) through December 1969 was a valedictory single by Tamla Motown’s most successful artists, indeed one of the biggest groups of the decade. The label were making plans for the 1970’s & those plans included separating Diana Ross from the Supremes. 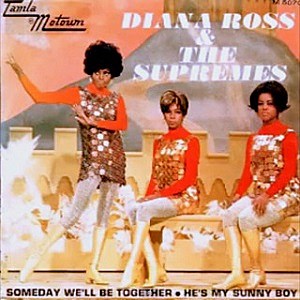 In fact “Someday We’ll Be Together Again” was slated to be the first solo single by Ms Ross. The Detroit trio had enjoyed 11 previous #1 hits on the Pop chart (you probably know them all) but 1969’s releases had not proved to be as popular & that’s no way to say goodbye. “Someday..” was the final 45 to have “Diana Ross & the Supremes” on the label & it added to that list of chart toppers. The Supremes performing “Baby Love” were the first young, stylish African-American women I had ever seen on UK TV. The bespoke hits, provided by Holland-Dozier-Holland, just kept on coming. In 1967 the Modtastic “The Happening” was a sure fire smash by international superstars then troubled & dissatisfied Florence Ballard was ungraciously replaced by Cindy Birdsong. Backing vocals on the records were increasingly provided by session singers & next time out the psychedelicised “Reflections” had Diana’s name as first billing. Diana, Mary & Cindy, all gussied up & glittery, made their customary appearance on the “Ed Sullivan Show” to promote “Someday…”. It’s poised & polished but the performance lacks producer Johnny Bristol’s ad-libbed interjections of encouragement which added grit, depth & drama to the record. The song is a remake remodel of Bristol’s 1961 original recording with his duo Johnny & Jackey, a much simpler, almost Ska-like affair. It’s an appropriate conclusion to such a remarkable run of success. Diana’s solo debut was coming along the following year & there were rather hopeful plans to make her into a Hollywood star. Mary Wilson continued as the only original member of the Supremes & there’s a run of memorable 45’s to come. Despite all the personal positioning & politics between the women & the label there’s no doubt that the Supremes were not the same without Diana & equally no doubt that they were sensational.

At #6 on the chart was another Motown act, another female with her name at the front of the group. Gladys Knight & the Pips were an established name, particularly for their impeccably choreographed live performances, before they signed for the label in 1966. Producer Norman Whitfield made good use of Gladys’ urgent delivery for “Take Me in Your Arms and Love Me” (a big UK hit), “I Heard it Through the Grapevine” & “The End of the Road” but she never shook the feeling that Motown were not providing the material & promotion that others received. The fantastic, funky “Friendship Train”, assertive & affirming, a different “calling out across the nation” this time, written by Whitfield & Detroit stalwart Barrett Strong, is certainly one from the top shelf. Beautiful Gladys & the equally attractive Pips sang the song when they were the star turn on the first syndicated episode of “Soul Train” in October 1971. A fine start to the show’s 35 year long run. 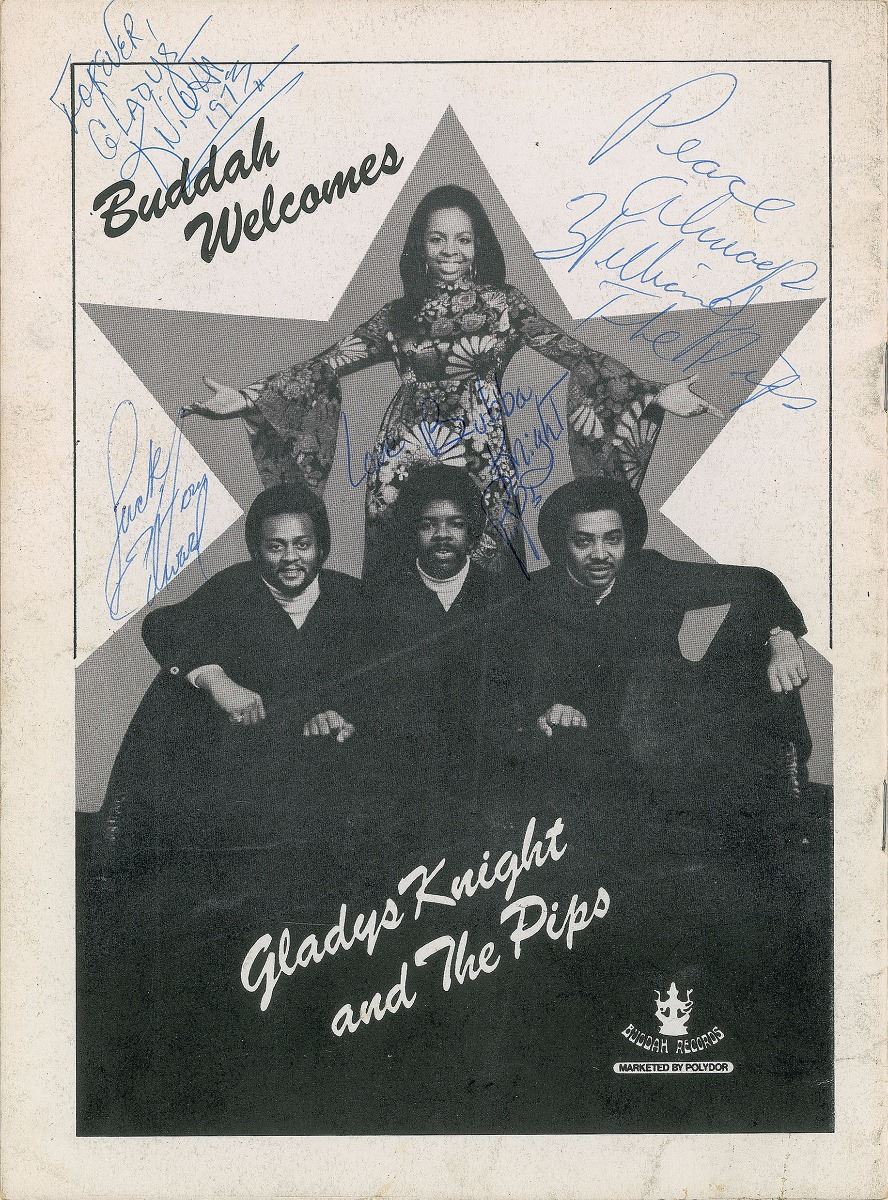 Gladys Knight & the Pips remained with Motown when the corporation moved from Detroit to Los Angeles. Their records continued to make the Top 10 of the R&B chart. The album featured Gladys’ strong, emotional vocal interpretations of popular ballads. 1971’s “Standing Ovation” included “Help Me Make It Through the Night”, “Fire & Rain”, “The Long & Winding Road” & others while the dead-stone Northern Soul classic “No One Could Love You More” was overlooked. In the final week of 1972 the group released “Neither One of Us (Wants to be the One to Say Goodbye)” a massive hit, their farewell to Motown having refused a new contract & finding the love they deserved at Buddah Records. In 1974 “Neither…” was awarded the Grammy for Best Pop Vocal Performance by a Duo or a Group. Gladys Knight & the Pips were already on a journey to even bigger things aboard the “Midnight Train to Georgia” which won Best R&B Performance on the same night. Woo-Hoo! Further down those Cash Box listings for December 13th 1969, at #41, was a track by a singer who had been enjoying a revival in her fortunes this year. Betty Everett had left Mississippi for Chicago in 1957 while still a teenager. Her biggest success came in 1964 with the vibrant super-catchy “The Shoop Shoop Song (It’s in His Kiss)” while the more atmospheric “You’re No Good”, “Getting Mighty Crowded” & duets with Jerry Butler established her accomplishments across a range of styles. Betty & Jerry were the crossover stars of Vee Jay, an R&B label whose diversification led them to having the 4 Seasons & the Beatles, the biggest acts around on their roster. The logistics of pressing & distributing truckloads of vinyl & a mountain of cash in the hands of an owner with a weakness for the casinos in Vegas became a recipe for financial chaos & bankruptcy. It would be some time before Betty’s career was back on solid ground. 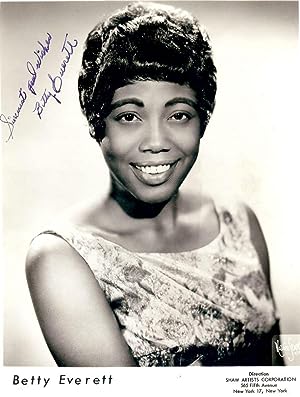 Finding a home at UNI “There’ll Come A Time” (1969) is a showcase for Betty’s mature talents. The slower songs aim for & come pretty close to the sophistication of Dionne Warwick while distinctive Chicagoan arrangements, sweeping string & punchy brass, keeps it soulful & the quality high. The title track, co-written by Eugene Record off of the Chi-Lites, put Betty Everett back on the R&B chart. “Been A Long Time”, not on the LP, was plucked from the “Ice On Ice” LP by her friend Jerry Butler in partnership with young writing/production team Kenny Gamble & Leon Huff. This fresh, talented pair were breaking on through & this modern uptempo treat is yet another sign that their time was coming.

Well, this is the final monthly selection from the R&B charts of 1969. It’s been nothing but a pleasure revisiting these 50 year old tunes, truly from a Golden Age of Soul. My only problem has been that every month great tracks haven’t make the cut. I’ve not taken a look at the charts for the new decade but I’m pretty sure it will be the same mix of classics, rediscoveries & others that are new to me. Looking forward to that.