Tamla Motown started 1969  with Marvin Gaye at the top of the US R&B chart &  the Hitsville studios in Detroit kept the number ones coming throughout the year. Diana Ross & the Supremes, Marvin again & Jr Walker & the All Stars all, according to Cash Box, reached that pinnacle & in October, for the whole of the month, it was the turn of the Temptations. Since a breakout hit in 1964 with “The Way You Do the Things You Do” the Tempts being top of the R&B pops came around almost every year. 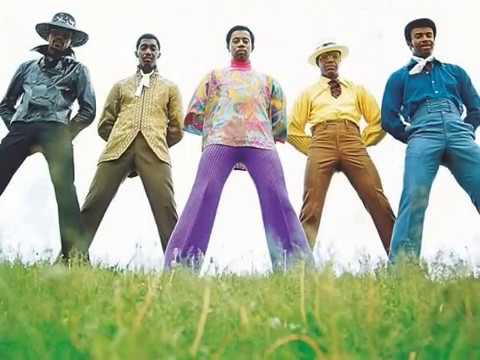 In 1968 the Temptations had parted company with David Ruffin, a charismatic performer whose delectable baritone had come to predominate on a string of outstanding 45’s. The group knew that you gotta walk & don’t look back & while for many the music made by the “Classic Five” line up remains their best there was no dip in popularity when Ruffin was replaced by Dennis Edwards. The three LPs released in 1969 (two more with the Supremes) were all successful. “Cloud Nine” was producer Norman Whitfield’s big new idea, a heavily arranged/orchestrated take on the Psychedelic Soul of Sly & the Family Stone. Most of the LP was familiar Temptations fare but the title track won the Tempts a Best R&B Group Performance, Vocal or Instrumental Grammy. The future was freaky & Funky. “The Temptations Show” is a mix of the old, the new & slick show biz, the soundtrack to their very own TV special, that’s how big a deal the Temptations were.

On “Puzzle People” there were still cover versions (“Hey Jude”, “It’s Your Thing”, even “Little Green Apples”) but Whitfield & Motown stalwart Barrett Strong provided more original material. This new sound used all five voices on lead, Edwards was recruited for his strong vocals, Eddie Kendricks (that’s the great…) sang lead on many of their hits, it had been some time since Otis Williams, Paul Williams & Melvin Franklin had been stood at the front for the singles. “I Can’t Get Next to You” doesn’t have the social commentary of some of these new epic songs, it’s an urgent, brilliant slab of Funk but I’m telling you something you already know here. A massive hit, their second Pop #1, the ninth time at the top of the R&B chart, the Temptations were the leading vocal group of the time, a new face, a new phase but taking care of business as usual with so much more fine music yet to come.

Funkadelic…the clue is in the name. The highest new entry on the chart of October 18th

was the second single from a new group. It could have been luck, more likely it was George Clinton’s judgement that, when he needed instrumental backing for his vocal group the Parliaments, assembled a young talented crew whose innovative lysergic fuelled jams on a framework provided by Sly Stone & Jimi Hendrix placed them in the vanguard of the new breed of Funk groups. George had mislaid the rights to the name of his own group so the expanded collective signed a new contract as Funkadelic. “I’ll Bet You” reached back to Clinton’s times around the Detroit music scene. In 1966 the song had been recorded as an uptempo dead-stone floor filling Soul stomper by Theresa Lindsey. Funkadelicised, with a little help from some of Motown’s Funk Brothers, the song is a raw, dense, insistent blend of Rock & Soul, one of the first tracks you play to those less versed in the ways of Parliament-Funkadelic.

The self-titled LP, a landmark record, did not appear until the following year. Guitarist Eddie Hazel, Billy “Bass” Nelson & drummer “Tiki” Fulwood were given plenty of scope by producer Clinton to blow our funky minds. On tracks like the opener “Mommy, What’s a Funkadelic?” & “What is Soul?” George laid the foundations of the P-Funk lore which, after extensive recording, exciting live shows & tweaks in personnel, finally saw the group recognised as one of the foremost African-American units of the time. (Soul is apparently “a ham hock in your corn flakes” or “a joint rolled in toilet paper”, your choice!). Funkadelic were signed to Armen Boladian’s Westbound Records & Boladian later gained control of all Funkadelic’s publishing rights by allegedly forging George’s signature. A litigious man he sued every artist who used a sample of their music, that’s like over 50% of the US Rap scene. Screw the “allegedly” let him sue me, I’ve got no money. Fly on baby, fly on.

Further down the Cash Box chart, a newcomer at #46, was an artist who had experienced success over the past decade. Lee Dorsey, a former boxer turned singer out of New Orleans had his first million seller in 1961 with “Ya Ya”, later covered by John off of the Beatles, but similar nursery rhyme based lyrics probably deservedly failed to connect. In 1965 a partnership with the Big Easy’s master songwriter/producer/arranger Allen Toussaint created a string of 45’s which re-established him in the US & made him a firm favourite on the UK Mod scene. It’s an impressive list, good enough to make a “Best of…” collection essential. Everyone knows the jaunty, irresistible “Working in a Coal Mine”, a Top 10 hit in the Pop charts on both sides of the Atlantic. In 1980 the Clash invited the still spry Lee Dorsey to open on their US tour. 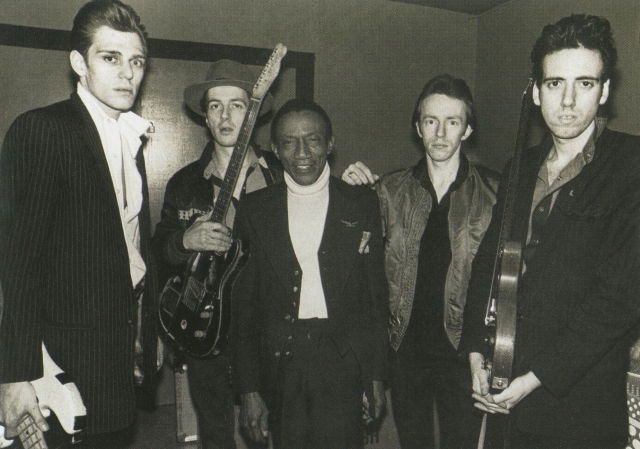 The Dorsey/Toussaint connection continued to make fine singles which met with less commercial success. Lee always had his auto repair shop to fall back on when he was less in demand. In 1969 the team’s statement record was “Everything I Do Gonh Be Funky (From Now On)” & “Give It Up” showed that they walked it like they talked it. This was a mature New Orleans take on the New Groove. Toussaint’s songs were stronger, his horn arrangement on “Give It Up” sensational. (When the Band needed charts for a brass section they knew who to call). The studio band, the Meters, confidence high from their own success, provided diamond-sharp backing for their city’s premier vocalist.

The singles, issued on the small Amy label, made little impact but in 1970 Lee got to make his first LP for 4 years, a proper one not a compilation of past releases. There were some great R&B LP’s coming round & “Yes We Can”, not a big seller, was among them. The title track endured as a political slogan for young Barack Obama’s presidential campaign. “Who’s Gonna Help a Brother Go Further” is another example of a growing modernity & social awareness of the lyrics. “Riverboat” was picked up by Little Feat, “Sneakin’ Sally Through the Alley” by Robert Palmer. Now the record has the highest of reputations, back then Lee Dorsey was regarded as being from the old school. That’s a pity because a lot of people missed out on something very good.

One response to “Loan Me Your Funky Mind (Soul October 1969)”