There was a time, long ago it seems now, when Jackson Browne was telling it just like I thought it was. It was my first year at university when his debut LP, which I’ve always known as “Saturate Before Using”, came around in 1972. I’d just had a taste of something fine & so had Jackson, his stoned, romantic contemplation was much more eloquently expressed than my own (come on, I was still a teenager!). The Asylum label were assembling a company of Los Angeles troubadours, Jackson & Joni leading the way. A strong collection of mature-beyond-his-years songs combined with uncluttered arrangements played by the new session hotshots, the Section, hit the spot then &, when I hear “Song For Adam”, “Doctor My Eyes”, by him or the Jackson 5, & “Rock Me on the Water”, still does. Earlier this year Jackson got the band back together for some award show or other & it sounded pretty good. They are a little older now but hey, aren’t we all?

The following 3 LPs established Browne in the top tier. I wore out my  copy of “For Everyman” (1973) & bought a replacement.  Now there’s a CD on the shelf, I’ve had good value from all of them. His finely wrought observations on the effect of Love, Life & Loss on the ideals of the Sixties generation, “caught between the longing for love & the struggle for the legal tender”, were judicious & accurate. The very talented guitarist David Lindley’s sympathetic contribution to the music improved things even more. It’s another time for an appreciation of these records & perhaps the reasons I don’t really play them so much nowadays because this is about the next one up, an album that still gets a regular hearing around here.

“Running On Empty” (1977) is a live album, 10 tracks, none of which had appeared on previous records. After 4 well-received, big selling records Jackson Browne was well set for a “Best of…” collection. In late 1976 I had seen an outstanding performance which included all the good ones & I’m sure I’m not the only one who would have been happy to handed over the hard-earned for live versions of songs already in my collection. Jackson knew better & what we got for our money was something a little more substantial.

“Running On Empty” is a diary of the tour he did in August/September 1977; the first time he was in a position to prise the Section away from a busy studio schedule. An “audio verite” of life on the road, recordings were made onstage, in rehearsal & hotel rooms, even on the Continental Silver Eagle band bus. Recording engineer Greg Ladanyi must have been kept busy having the appropriate gear on hand for whatever the situation, whenever time of night the magic was ready to go down. He is one of the stars of the record, it is the immediacy, informality & intimacy of the collection that makes it such a success. 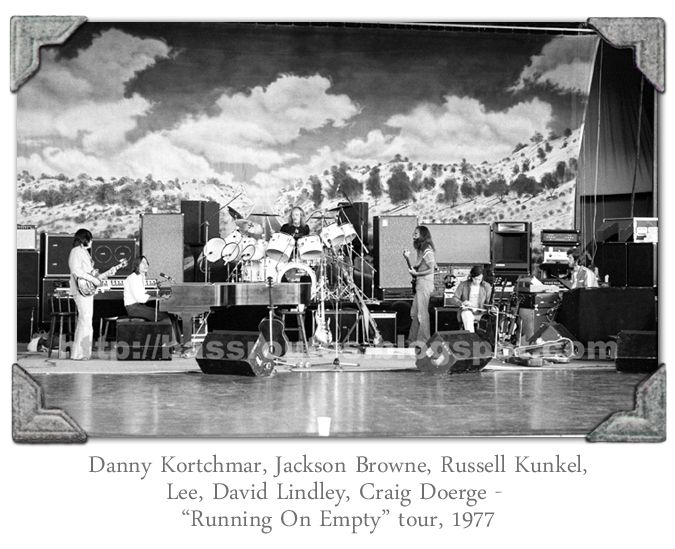 Browne hadn’t enough material for a full album, only 2 of the 10 tracks are solely credited to him. A couple of the 4 co-writes are with the tour & production managers. The two songs that were studio ready, the retrospective title track & “You Love The Thunder” are both good enough to enter the Jackson Browne canon with a bullet. Recorded onstage there’s more power & a little more disorder in the house than his fluid studio recordings. “Running On Empty”, track 1, side 1, sets both the tone & the quality for the sometimes surprising record that follows.

Danny “Kootch” Kortchmar must have played in a 1,000 bands (including the Fugs!). He’s made his own solo albums, produced big names, appeared in “This Is Spinal Tap” too but his reputation abides as a consummate, dependable sideman. He played Jackson a song of his about the musician’s life & “Shakey Town” was recorded within days. It perfectly fits the ethos of “Running On Empty”, Browne’s vocal certainly does the song justice & 40 years later it’s still a favourite of mine. Here is Danny performing the song with his band. To my old ears, this is how American Rock goes, I love this clip.

Browne’s insistence on presenting an honest document means that the Sex (well, masturbation on “Rosie”) & the Drugs are covered alongside the Rock & Roll. With hindsight he may regret including a way past his bedtime cover version of Reverend Gary Davis’ “Cocaine”, a song the Rev learned in 1905. This was tour life for the LA cowboys in the 1970’s. There were 2 buses, 1 for the band,  1 for the crew & the cocaine had its own truck. The final track “The Load Out”, a song for the roadies, segues into “Stay”, a golden oldie by Maurice Williams & the Zodiacs. Now anyone with a familiarity with these ramblings will already suspect that I am something of a Soul Purist so I’m not always well disposed towards anyone messing around with the classics. Anyhow, what I regarded as a a bagatelle made both the US & UK Top 20, his only British hit, so what the heck do I know? 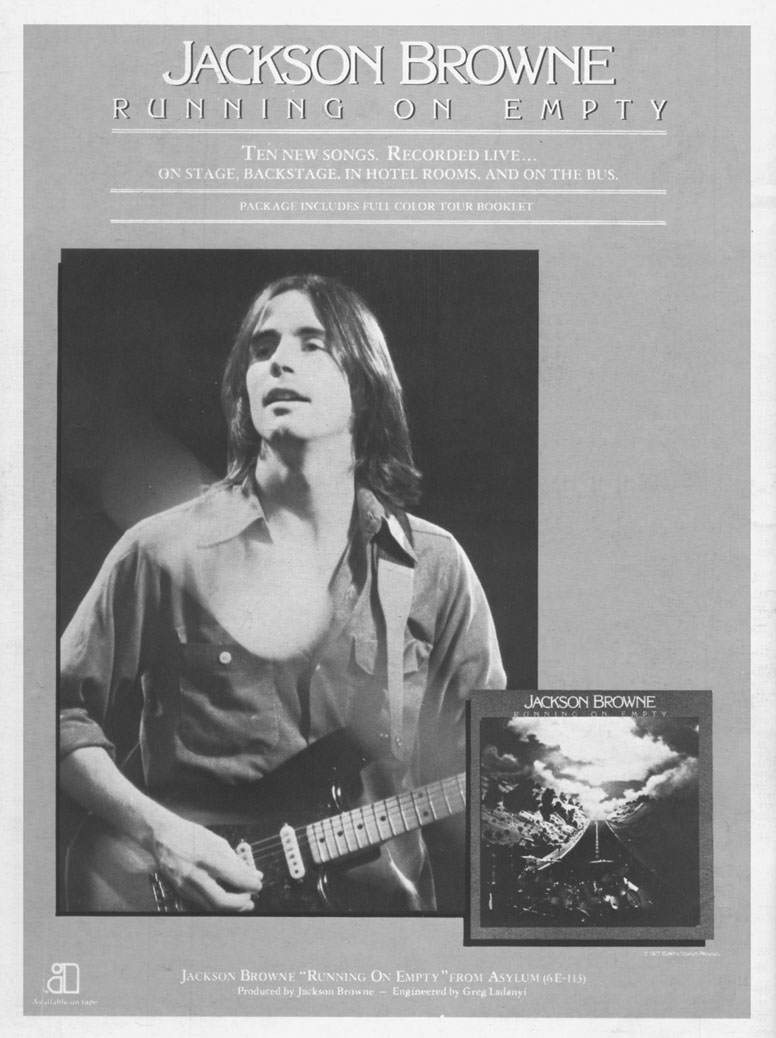 I’ve checked for more than half the tracks on the record but I’m not leaving without playing just one more. In 1977 Jackson made an appearance on the debut LP by singer Valerie Carter  who was assisted in the recording by Little Feat’s Lowell George, one of the great guitarists & a writer with a similar talent for capturing tenderness without sentimentality. The trio wrote the yearning, simple “Love Needs A Heart” & it’s just a gorgeous thing. On “Running On Empty”, his biggest selling album, Jackson Browne documents the myth & his own reality of life on tour. Less heroic than his previous work, tougher than the rest, his accurate, undisguised, human reportage produced an outstanding, abiding record. If you don’t know it then well, you know what to do.

I’ve not seen too many memorable movies this year, maybe I’ve not been looking hard enough or maybe I’m satisfied by repeated viewings of “Free Fire”, Ben Wheatley’s spirited shoot-em-up which continues to hit the spot every time. Sunday night’s viewing was “Galveston”, a thriller based on a novel by Nick Pizzolato the creator/writer of the TV series “True Detective”. Series 1 of TD with Woody Harrelson & Matthew McConaughey was so damn good that Nick P gets a pass for the disappointment of series 2 (one more detective didn’t make it 50% better). Good thing too because “Galveston” is a blast, here’s the trailer. 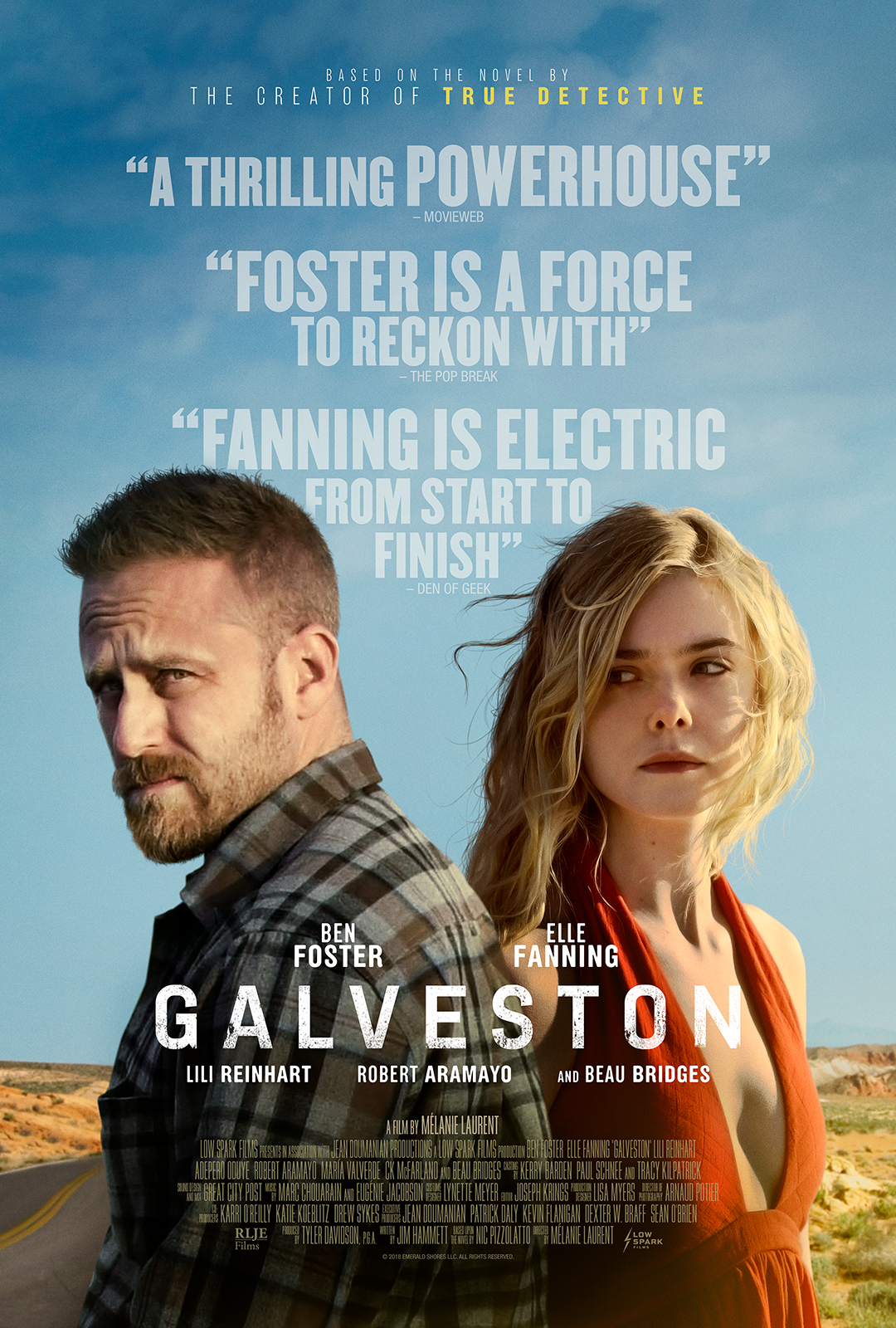 We all know that Ben Foster, after a star turn in “Hell or High Water” (2016) & a cameo in last year’s “Hostiles” is the man for the job when a criminal with more than a touch of weltschmerz is required. He’s Roy Cady, an enforcer for a New Orleans sleazebag (Beau Bridges), who rescues Rocky, a teenage hooker, while killing some guys who would rather be killing him. Their road trip to Texas is anxious, grim, violent & very affecting, complicated by Roy’s conscience, Rocky’s naivety & a 3-year old sister in tow. Foster is rough & not always ready for the what comes his way & he really is a very good actor. Rocky is played by Elle Fanning who does make a lot of films. This year there has already been the awful “How to Talk to Girls at Parties” & the acceptable “I Think We’re Alone Now”. I’m not complaining, the combination of her beauty & her youthfulness make for an individual screen presence. Her damaged doxie will, like her role in 2016’s “The Neon Demon”, endure when she has outgrown her girlishness & is in competition for parts with her big sister Dakota. 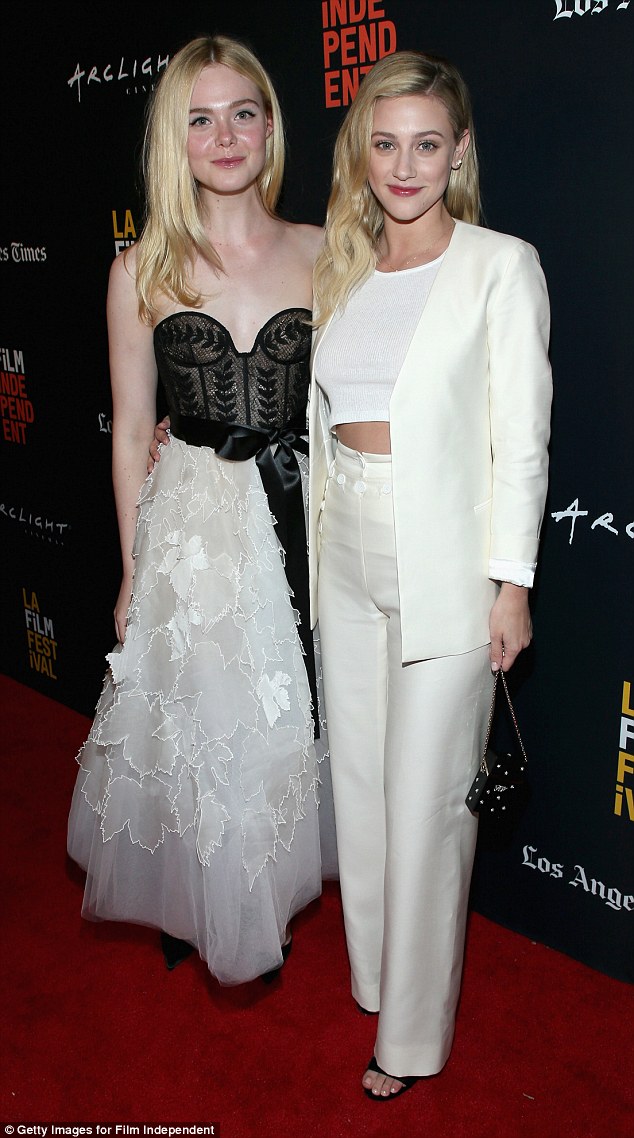 Pizzaloto, unused to the reduced role of a screenwriter, uses a pseudonym in the credits. His chosen nom de plume, Jim Hammett, surely a tip of the fedora to Thompson & Dashiell whose noirish pulp fiction the film wishes to emulate. The director is Melanie Laurent, the French actor best known for being Shosanna in QT’s “Inglourious Basterds”. Her taste & restraint in the story telling avoids the easy cliches which films that aspire to be Film Noir often fall back on., Her empathy with actors has produced two fine performances. Foster is Bogart tough, he’s someone I want to see more of & if Elle Fanning, just 20 years old, continues to improve as an actor then she will be special. The scene where she is  quietly singing Big Star’s “Thirteen”  (played over the closing credits) to herself is very cool, memorable & perfect. When “Galveston” ends you need a bit of quiet to think about what you have just watched. I can’t say the same about many of the films I have seen this year.