This week sees the release of a new LP by the Low Anthem & that’s a good thing. I’m not sure yet whether I’ll be sending some of my hard-earned the way of “The Salt Doll Went to Measure the Depth of the Sea” but it’s coming close to payday, give me a couple of days with their new song & video “Give My Body Back” & it will probably be nailed on that I will be contacting Joyful Noise records.

It’s been almost 10 years (well, that went quick) since I became very close to “Oh My God, Charlie Darwin”, the Low Anthem’s third LP. The mellifluous “To Ohio” found its way on to our UK radios, the group found itself part of a wave of beardy American Neo-Folk. You know em, Fleet Foxes, Bon Iver, Midlake & others I’ve forgotten. I liked Midlake while I was cooler about the first two. “To Ohio” was a little sweet for my taste but live sessions on their visit over here displayed a greater range & “…Charlie Darwin” was soon on heavy rotation round our end. The Low Anthem could do those harmonies &, on songs like “The Horizon is a Beltway” could rock out . I found songs like “Ticket Taker” to be particularly affecting & this, “To the Ghosts Who Write History Books”, remains, for me, one of the songs of the century. 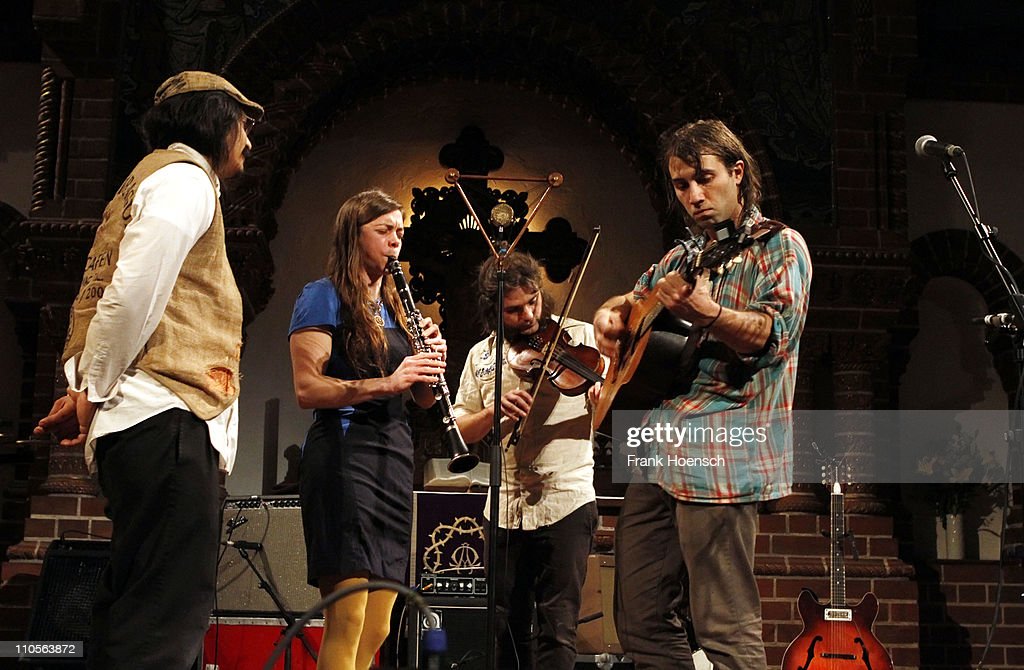 Oh yes, “And when you go, where the winds are strong. When you go where flowers bend. Please take along all the best of my luck and come back unchanged”. Those lines still hit the spot. I saw the Low Anthem play live & they roused a restrained Folk festival audience to be the highlight of a fine day. Their multi-instrumentalism, swapping & changing for every song was impressive, the music confident & intelligent. The band injected energy into their version of the Jack Kerouac/Tom Waits hook-up “Home I’ll Never Be”. A great romp through “Cigarettes, Whiskey & Wild, Wild Women”, a Sons of the Pioneers song from the 1940’s & a favourite since Peter Sellers performed it with the Muppets, displayed the sense of humour which attracted me & set them apart from those other serious boys.

I didn’t really connect with the follow up LP “Smart Flesh” (2011), the band seemed less visible, the songs less immediate. I get the feeling that the Low Anthem would not be happy getting caught in the cycle of recording, releasing, promoting then touring successive records. They played prestigious support gigs & built up a following but the Rock & Roll treadmill did not suit such a creative group of people. When first Mat Davidson then the charming Jocie Adams left the band it did seem that something was lost from the sum of the parts & “Eyeland” (2016) passed me by.

Robin Knox Miller & Jeff Prystowsky regrouped in Providence, Rhode Island where they have built their own studio in an old vaudeville theatre (I don’t think that there are any new ones!). There are 4 of them again, Bryan Minto & Florence Grace Wallis have been around for some time. I don’t know if the recorded version of “Drowsy Dousing Dolls” is similar to the live one here, the band do tend to experiment with different arrangements, tones & instrumentation. I do know that I do like a musical saw & that the 2 tracks here from “The Salt Doll Went to Measure the Depths of the Sea” have the delicate beauty & imagination that first attracted me to the Low Anthem & it feels like the time to give them more of my consideration.