Danny McCahon, the noted Scottish playwright & an authority on Glam Rock, is another of our end-of-year regulars. It’s always a pleasure to hear from him & I do sometimes canvass more regular contributions but our Danny is a busy man. This year he was very excited to meet one of his musical heroes & that memorable evening was sure to be top of his list.

Before the Clash was the only band that mattered, there was Mott The Hoople. And while a young Mick Jones was following the hardest working band in the land up and down the country, my mates and I were passing around the lead singer’s book, “Diary of a Rock ‘n’ Roll Star”. Written on the road during the band’s tour of the United States in November and December 1972, Ian Hunter’s witty expose stripped away any notion of glamour and laid bare all the warts of a band the appeared destined to always be on the up but never make it. But at the end of the tour, as Hunter headed back to his London flat thinking about cleaning up the cat dirt from the kitchen floor he knew the band was bigger than the last time he’d set foot in Blighty.

Within a couple of hit-filled years, Mott The Hoople was finished, but Hunter never put down his guitar and almost 44 years after I first saw him on stage at Glasgow Apollo, Ian Hunter gave me the best show I saw in 2017. A 78 years of age he and his assembly of great players, The Rant Band, held the audience at Southampton’s Engine Rooms in thrall for more than two hours. And to make the night even more of a thrill, I had a few beers with the great man afterwards. Whoever said you should never meet your heroes obviously hadn’t had a chat with Ian Hunter. A true gent, he listened to me gush about that first show at The Apollo and added his own memories of the night. We both agreed that the Apollo bouncers were a breed apart.

The show had many highlights but I had goosebumps when The Rant Band backed their leader on this hit released by Hunter and his band a few months after their return from that US tour and reflecting the mood of the classic book. Absolutely joyous. I walked back to my hotel that night, a bit drunk on beer supplied by Ian Hunter, convinced I had just met The Last Rock ‘n’ Roll Star.

In Year Zero when the Clash did matter, one of the most interesting guys on the Glasgow music scene went by the name of Jimmy Loser. Jimmy knew stuff, about books and films and especially about music. He played guitar and wrote songs and he and I became mates. During quiet drinking sessions in anonymous Glasgow pubs, Jimmy and a few others filled me in on what had been happening before I looked beyond Glam Rock. One band we did share a love of was Mott The Hoople.

Long after Sid had died and Malcolm had got bored, Jimmy was still writing songs and, to paraphrase his own lyric, the Loser became King and put together a band that, after another sensational combo, for me is the best band ever to come out of Glasgow.

James King and the Lonewolves did things their way. Always. And the use of a cussword on the BBC’s “Old Grey Whistle Test” slowed their rise. But not forever. James brought the band back together and released an album in 2014. I’ve seen them quite a few times since that reunion and this year they gave me one of my favourite nights out. In November they took the stage at Glasgow’s finest live music pub, McChuill’s. (Free gigs in 2017!)

Jimmy is still writing good tunes and a new album is planned but in a set that filled McChuill’s with more power than I’ve heard anyone else ever do, the live reinterpretation of the song that had upset the Beeb was a highlight. 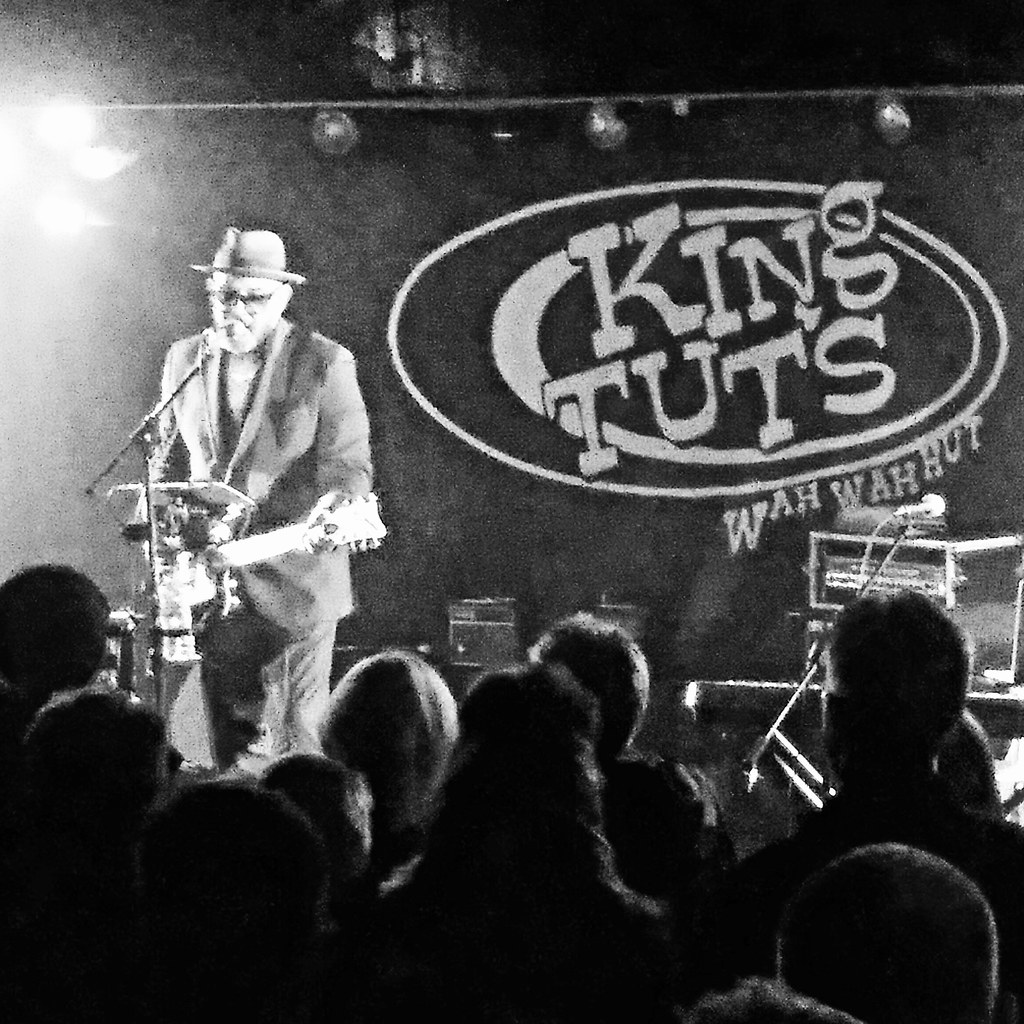 Another famous Glasgow venue provided a third live highlight. We all like Magazine and The Bad Seeds, but it’s his solo work that has made bassist Barry Adamson a big favourite of mine. He showed up alone on the stage at King Tut’s and played a full band show. The set was, as the young folks might say, all killer but Big Bad Barry threw in a few surprises including this hit from his first band.

I do more than nostalgia and don’t only listen to old tunes resurrected by men of a certain vintage. And here’s a record from Jane Weaver, who I saw play last week, to prove it. If a single is still a thing, this was my single of the year. (Peter Perrett’s was my album of the year.)

3 responses to “Danny Remembers Some Nights In 2017”