If you ever attended the First Baptist Church in St Louis in the 1950’s & 60’s I’m sure that you were in for a treat. Minister of music Perry Peebles directed the Peebles Choir, founded by his father & which, over the years, included his wife Eula, their 11 children & many of the extended Peebles family. The seventh of the 11 siblings, Ann, was blessed with an outstanding voice. She was a natural performer on the Gospel circuit &, born in 1947, was of a generation where the transfer to secular Soul was easier than it had been for those 10 years older than her.

Ann Peebles sang with bands in St Louis clubs before, on a trip to Memphis, impressing Gene “Bowlegs” Miller with her take on the Jimmy Hughes ballad “Steal Away, a 1964 hit from FAME studios in Muscle Shoals. “Bowlegs” (great name) referred her to Willie Mitchell, head of A&R at Hi Records, after a run through of the same song Ann found herself with a recording contract before she was 21 years old. Hi was known for its instrumental hits. Trumpeter/band leader/producer Mitchell had his own very groovy success in 1968 with the King Curtis tune “Soul Serenade“. Now Willie was looking to expand the label’s roster, matching new vocal talent to his ideas about how Soul went. As it says in the small print in the ad (trust me it’s there) for Ann’s 1971 45 “Somebody’s On Your Case” “Produced by Willie Mitchell & it’s pure Memphis”.

There was no instant success for Peebles. The label took time to school Ann in recording & promotion. Her debut LP “This Is…” (1969) was heavy on cover versions of recent hits. Two fine singles in 1970 made an impression but there was little new material & the “Part Time Love” LP (1971) included 6 tracks from that first record. “Straight From the Heart” was released in the same year &, as can be heard from “Slipped, Tripped & Fell in Love” & “99 Pounds”, she was finding her own strong, individual, mature style. There were others at Mitchell’s Royal Studios who were hitting the spot too.

“99 Pounds” was written for & about Ann by Don Bryant, a staff member at Hi assigned as her mentor. The pair did not instantly bond. Ann thought that she knew how to sing & Don thought that his own recordings were being neglected. This 3rd LP included 3 songs written by the singer (2 co-written with Bryant). In 1973 they co-operated on the song that defines Ann Peebles career. A year later the couple were married. 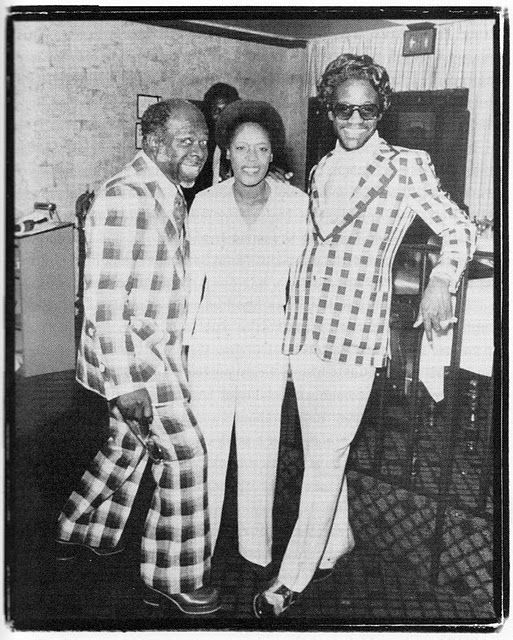 At this time the walls of Hi Records’ office was filling up with gold discs as Al Green, another Mitchell discovery, became the new Soul sensation. The house band, the Hodges brothers, Charles (organ), Leroy (bass) & Teenie (guitar) with drummer Howard Grimes. augmented by the Memphis Horns (over from Stax) found a warm, melodic, still funky groove that became the new hit sound. These musicians are all over every Ann Peebles record, driving the song along, complementing her assertive lyrics. The Hi Rhythm Section are an instantly recognisable unit & Man, they’re good !

“I Can’t Stand the Rain”, we all know that one, bringing back sweet memories. A Peebles/Bryant composition with assistance from local DJ Bernie Miller it is the title track of a monumental LP, an update on the Southern Country Soul of the late 1960’s, a Hi-point of that label’s fine discography. In 1974 the record was not a major hit, the single just making the US Top 40, the LP #155. It was though recognised as an enduring piece of resistance. In 1978 a German disco version hit the US Top 20 & the UK Top 10, Tina Turner included a version on “Private Dancer” a 20 million selling album & our man Lowell George, off of Little Feat, made a good fist of it on his one solo LP.

There are 7 Ann Peebles LPs from this period & there’s some high quality moments. “Beware” is from “Tellin’ It” (1975), take a look at that clip, a singer in her prime & how was that not a hit ? Willie Mitchell thought that Ann didn’t fulfill her potential, that she was not committed to becoming a star. I’m sure that as label boss he wanted her to be the female Al Green. The public’s tastes in African-American music were changing, they wanted to dance themselves dizzy. Ann was never as lyrically brazen as Millie Jackson, not as Disco as Donna Summer. There are some great Pop-Soul tracks (“A Love Vibration”, “Dr Love Power”) but she just did that thing she did & never was able to make the connection that transferred into major sales.

Ann took a break to raise her son in 1978. 10 years later she returned, on Willie Mitchell’s new label, but the electro-Soul sound didn’t really compare with her previous work. In 1989 the Waylo Soul Revue came to Europe. “A Memphis Soul Night” featuring Ann, Otis Clay & others confirms that there was a pretty good gig that I missed. She continued to perform & there are more records. Her reputation endured & her music was sampled by many Hip Hop artists. There’s a version of Dylan’s “Tonight I’ll Be Staying Here With You” on the Joe Henry project “I Believe In My Soul” (2005) that absolutely does the trick.

Ann Peebles didn’t enter the pantheon of female Soul singers like Aretha, Diana & Gladys. She came around a little later than those legends & her brand of Southern Soul was no longer in the 1970’s mainstream. There’s more to her music than “I Can’t Stand the Rain” & “I’m Gonna Tear Your Playhouse Down”. The records she made for Hi have all been re-released & if you are tempted by one of the many compilations then make sure it’s a double one because her “Best of” will not fit on the one LP or CD.