Well, the days fly by, a third of the year already gone & I’m late with this. The end of April was spent attending “Distorted Perspectives”, Donegal’s premier psychedelic festival. A long trek involving planes, trains & automobiles (“As much fun as I’ve had on this little journey, I’m sure one day I’ll look back on it and laugh.”) was made more than worthwhile by  a second chance to see my friends the Gatefolds play live. On a big stage, with a proper PA & sympathetic lighting they absolutely killed it. The following day I celebrated the marriage of Alison & Kevin, two lovely people, new friends made on my recent visits to Ireland. This was my first Irish wedding. Man, these people can drink & they can talk. The middle of the night bus ride back was a Flann O’Brien novel come-to-life. Wonderful people, great times.

OK, on to the music that has caught my ear in April.

Whitney’s LP “Light Upon the Lake” was a highlight of 2016. Short (30 mins), sweet & fresh its blend of indie-pop with touches of ramshackle roots was just what I needed when more established favourites seemed to be repeating the old tried & tested. Julien Ehrlich’s plaintiff falsetto & Max Kakacek’s precise guitar insertions give their music a distinct individuality which, for me, elevates Whitney from a horde of new sounds. The classy, considered brass contributions of Will Miller brings to mind Calexico & that’s a good thing too. 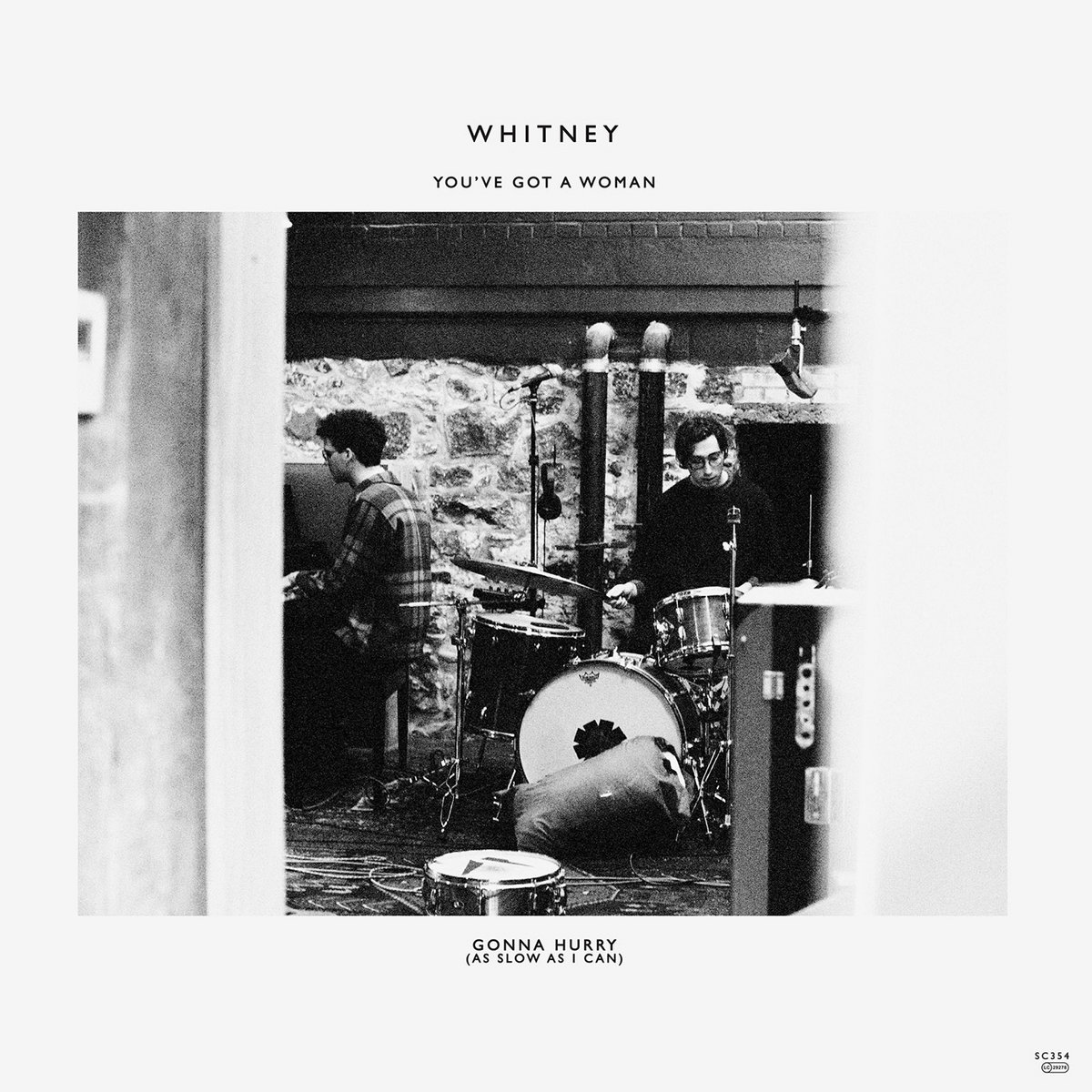 I caught Whitney’s set at Coachella (not a place I hung around for too long, them, Chicano Batman & I’m gone) & they have put their cover of Dylan’s “Tonight I’ll Be Staying Here With You” on Spotify. Now there’s an upcoming 12″ record featuring a couple of surprising cover versions. “Gonna Hurry (As Slow As I Can)” is a Dolly Parton demo that wasn’t released until 2009 while “You’ve Got A Woman” is a Pop-Psych-Funk classic (really !) originally recorded in 1975 by Dutch duo Lion who made just this one record & nothing else. Whitney have done a great job here, there’s a flash video to promote the song &, while Julien’s voice still seems to divide opinions, I think (OK, hope) that they are set for bigger things.

Robyn Hitchcock has a new record out, the CD case is on the table in front of me. It’s his first since 2014’s “The Man Upstairs”, a cover-heavy collection produced by the doyen of British Folk-Rock Joe Boyd, which turned down the whimsy & turned on the charm. “Robyn Hitchcock” is his 22nd studio LP (probably, someone else is counting) & is a return to the rocking good music he made with the Egyptians & the Venus 3. He’s relocated to Nashville, there are a couple of countrified tracks here, hooked up with co-producer Brendan Benson off of the Raconteurs, got some star guests including Gillian Welch & Grant Lee Buffalo, & assembled 10 new songs that are proving to be most pleasing.

Hitchcock’s work is always shot through with imagination & wit. The record opens with the melodic Power Pop of “I Wast to Tell You About What I Want”, closes with the pretty glorious, jangling Revolveresque “Time Coast”. His 60’s influences (Beatles, Syd Barrett) are always apparent but “1970 in Aspic” & “Autumn Sunglasses” are new Hitchcockian gems. It’s tough to choose just one track & “Mad Shelley’s Letterbox” makes the cut because it reminds me of “Birds in Perspex”, an old favourite round here. “Robyn Hitchcock” is getting a lot of play this month.

I’ve not yet listened to lead Kink Ray Davies’ new record “Americana” enough. I’m sure that, like “Working Man’s Cafe” (2007), it will get me in the end. So the third pick of the month is an immediate, groovy new single, the opening track from “Pop Voodoo” the new LP by Black Grape. I was not the biggest fan of Happy Mondays, at the time my ears were otherwise occupied, but I knew people who loved them. For a while they were everywhere & when I listened properly it did seem that someone had a handle on the varied influences of a bunch of drug-fucked Manchester chancers & was knocking up some very effective contemporary Dance-Rock. When Shaun Ryder hooked up with Kermit off of Ruthless Rap Assassins (a useful Hip-Hop crew from the north) in Black Grape “It’s Great When You’re Straight…Yeah” & its hit singles had a rush & a push of direct, appealing energy.

Happy Mondays have always had an audience for their reunions & Shaun has become a shoot from the lip Man of the People in his tabloid column & on reality TV. This is Black Grape’s first record for 20 years & I’ll nick Irving Welsh’s review, “The world is in a bit of a state right now, and bullshit reigns more than ever, and perversely disguised as candour. We need Manc street sass, intelligence and wit more than ever right now. This album has that in spades.” Hearing Shaun Ryder point out on “Everything You Know Is Wrong” that POTUS has “the biggest fucking lie in the world on top of his fucking nugget” to a very danceable rhythm provides a little, much needed & appreciated relief.